Trending
You are at:Home»Entertainment»Movies»Movie Review: “Sonic the Hedgehog 2” 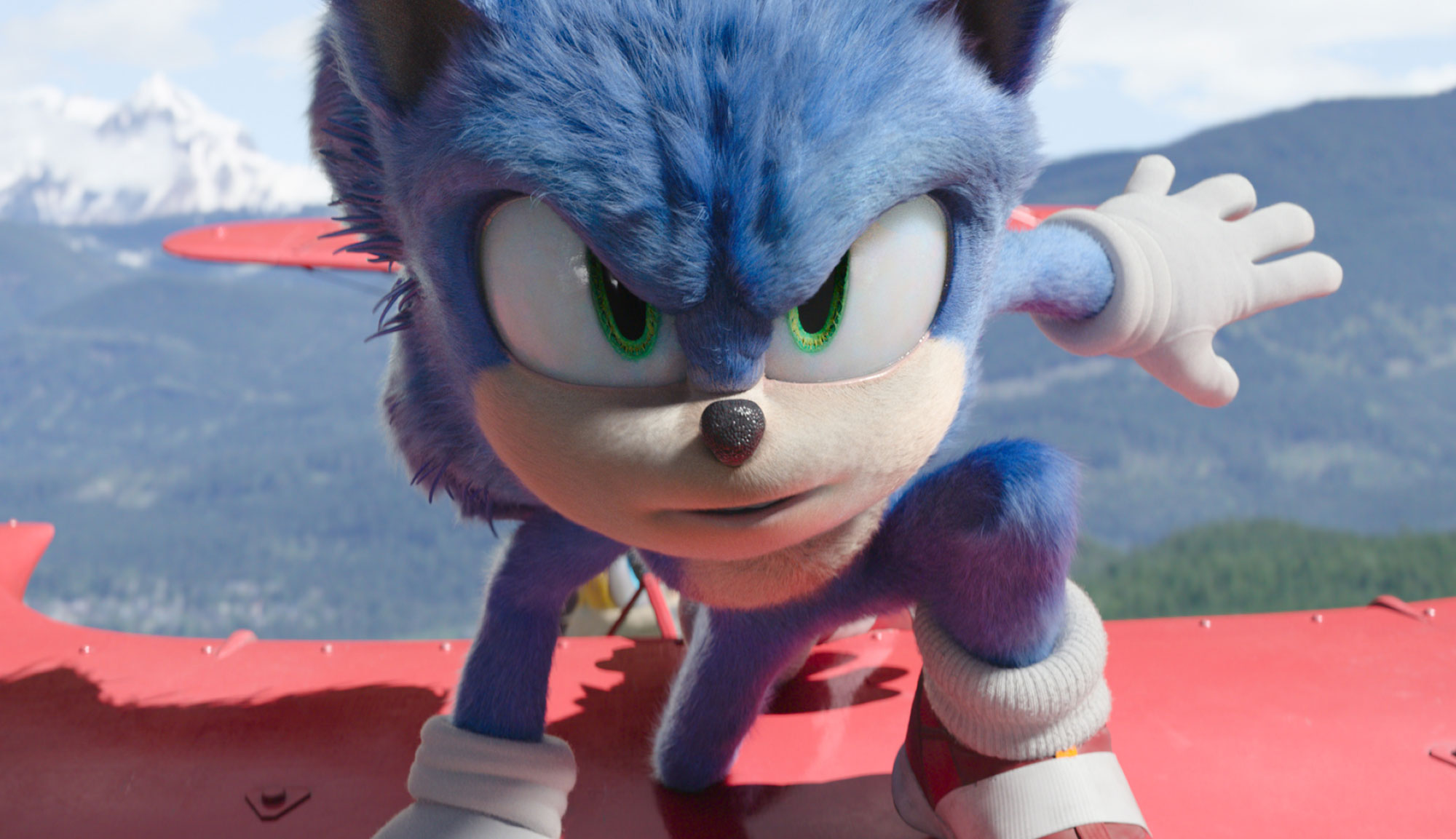 By all rights, “Sonic the Hedgehog 2” should feel less like a movie and more like a commercial, similar to the “toyetic” films of the ‘90s where Batman had to go through several costume changes to justify selling different action figures. However, Sonic’s second outing doesn’t feel like an advertisement for the latest video game, new line of toys or other crass piece of merchandise. Those may exist in conjunction with this movie — I wouldn’t know — but there’s no hint of venal cross-promotion to be found. In fact, there is little in director Jeff Fowler’s new film that feels like it’s thinking about an expanded universe or setting up sequels; there’s one mid-credits scene that led to an eruption of cheers from kids and critics at my screening, but if folks missed it, they wouldn’t be confused at the beginning of the (possible) third installment. Instead “Sonic the Hedgehog 2” is a solid family-friendly film that feels real when it needs to and is cartoonish enough to entertain. Some gags go on a bit too long, and there are other minor fumbles, but mostly, it’s an enjoyable time that is completely devoid of the hard-sell flop sweat of the cash grabs of yore.

Having sent his adversary Dr. Robotnik (Jim Carrey) to another dimension, Sonic (voiced by Ben Schwartz) tries his hand at becoming a hero, often bungling his deeds through a mishap with a bomb or two. When his human caretakers, Tom (James Marsden) and Maddie (Tika Sumpter), leave town for a destination wedding in Hawaii, the hyperactive hedgehog goes full “Home Alone” until his reverie is interrupted by the return of his nemesis, now accompanied by an angry echidna named Knuckles (voiced by Idris Elba), whose people have been at war with Sonic’s tribe for generations. Aided by a tech-wiz fox named Tails (voiced by Colleen O’Shaughnessey), Sonic must find an all-powerful emerald before Robotnik and Knuckles get their hands on it.

The story for “Sonic the Hedgehog 2,” from a script by Pat Casey, Josh Miller and John Whittington, is not particularly interesting, nor are there many plot beats that adults won’t be able to correctly predict. The sudden heel turn, the unlikely partnerships and more are fairly plain to see coming down the pike (though there is one minor twist that is surprising and also fairly hilarious), but the fact that there is a cohesive narrative, no matter how telegraphed, is a testament to Fowler and company. The “Sonic the Hedgehog” video game is about a blue spiky hedgehog that runs fast, collects rings, destroys robots by spinning onto them and occasionally fights a mustachioed man in a mech suit. The lore has been expanded in cartoons and comics, but that’s the basic gist of the situation. However, just like “The LEGO Movie” before it, the filmmakers found a way to use the beloved character as the basis for a mostly engaging story complete with actual arcs, and they do it all again in the sequel. None of it is very inventive in terms of filmmaking, but it’s a solid movie where characters actually grow and develop over the course of the story. There are mountains of family-aimed fare that can’t boast the same.

This isn’t meant to damn with faint praise. A lot of the jokes land well, with Schwartz’s hyperactive delivery once again conveying a sense of youthful exuberance instead of just being some rodent hopped up on goofballs. This is excellently matched with the additions of O’Shaughnessey and Elba; the former has the plucky sincerity that underscores the heart of “Sonic the Hedgehog 2” while working as a good foil to Schwartz’s sarcastic quips, and the latter is able to switch from intense villain to intense character who is unable to read social cues well and interacts with others awkwardly. These aren’t brand new types (Knuckles is basically an adorable, fuzzy version of Drax from “Guardians of the Galaxy”), but it’s the chemistry between them that makes it work well, and each actor uses their strengths to sell it.

Carrey once again goes full-on Ace Ventura mode with a performance that could be seen from space with all the shouting, gyrating and cartoonish buffoonery. There are some excellent asides and bits (especially anything having to do with the mushroom planet that he was sent to at the end of the last movie), but how one feels about his work here is largely dependent on their tolerance for that version of Carrey. Additionally, Marsden and Sumpter aren’t just the put-upon human parents of Sonic, like a better-looking iteration of the Tanners from “ALF” — they’re actively engaged with the plot and offer some nice moments of heart that create a better sense of stakes for the film and a capacity for growth for the main character. Also, a quick aside: Marsden deserves far greater recognition than he will ever get. Not just in these “Sonic” movies, either, because the man is consistently strong in every role and never phones it in. Basically, James Marsden is the Nicolas Cage of the family film scene.

“Sonic the Hedgehog 2” is a thoroughly pleasant experience. There are enough funny lines and well-orchestrated comedic situations that should work for all ages. The animation of the video game characters is also charming and works well against the grounded world in which they race. Though it’s never hard to figure out what will happen next, Fowler has made a fun movie filled with delightful characters that moves at a clip and never feels like its sole interest is your wallet, and that’s a surprising feat that is deserving of attention and respect on its own.