Trending
You are at:Home»Vices»What are Velazquez’s chances of winning the Kentucky Derby? 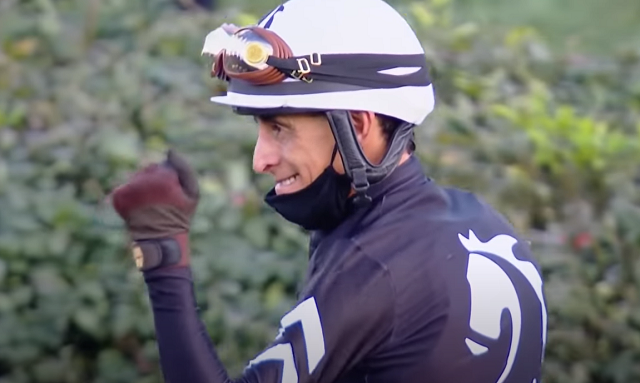 The biggest race of the American flat season is quickly approaching as the Kentucky Derby gets the Triple Crown season underway. When the lights shine the brightest on the biggest stage, one jockey that is always worth having on  your side is John Velazquez.

The Puerto Rican jockey has enjoyed more success than most at Churchill Downs, winning both the Kentucky Derby and Kentucky Oaks during his career.

However, does he have a chance of extending his excellent record in the most illustrious race in 2022? You can check the official Kentucky Derby odds by TwinSpires.com here to see how he positions right now.

There are few jockeys in the history of horse racing that have achieved as much success at the Kentucky Derby throughout their careers. Velazquez has been the winning jockey in the illustrious race on three occasions during his career, which means that only Eddie Arcaro, Bill Hartack and Bill Shoemaker have claimed more victories. However, in 2022, Velazquez will be able to tie level with Shoemaker and become the joint second-most successful jockey in the Churchill Downs showpiece.

Velazquez’s first win in the prestigious race came with trainer H. Graham Motion, as he won onboard Animal Kingdom. His second success came in 2017, as he sealed a second win in the race for Todd Pletcher onboard Always Dreaming. Meanwhile, his most recent victory in the famous race came in the delayed 2020 race with Bob Baffert-trained Authentic.

Who Will Velazquez Ride?

There’s no denying that Johnny V will be spoilt for choice when it comes to potential rides that he can have for the Kentucky Derby this year. A number of the best selections in the current Kentucky Derby betting could be ridden by the 50-year-old, and it could have a significant impact on the odds of the horses come start time. But which horse is he most likely to ride at Churchill Downs?

Messier will undoubtedly be the ride that a huge number of jockeys will be hoping to get, but it will likely be Velazquez who gets the call to ride. The three-year-old looks a likely chance to start the Kentucky Derby as the favourite in the betting. However, in order to line up in the race, the three-year-old must first gain the qualifying points required and achieve a solid finish in the Santa Anita Derby.

The three-year-old has looked excellent on his five career starts to date and returned with an excellent run back in February on his first start this calendar year. That performance in the G3 Robert B. Lewis Stakes saw him hit a career-high speed figure of 107, and a rematch against Forbidden Kingdom in the Santa Anita Derby is a must-watch matchup.

Epicenter has looked sensational on all three starts that he has made this year, and his place in the Kentucky Derby is already assured after a pair of wins in Grade 2 company. The most recent of those came in the G2 Louisiana Derby in March.

His past experience at Churchill Downs could also be a big factor. Meanwhile, Forbidden Kingdom and White Abarrio are two further selections that have done nothing wrong so far in 2022 and almost certainly look bound to line up at the Churchill Downs showpiece with massive chances after graded wins this year already.