Trending
You are at:Home»Lifestyle»What You Should and Should Not Do After a Car Accident 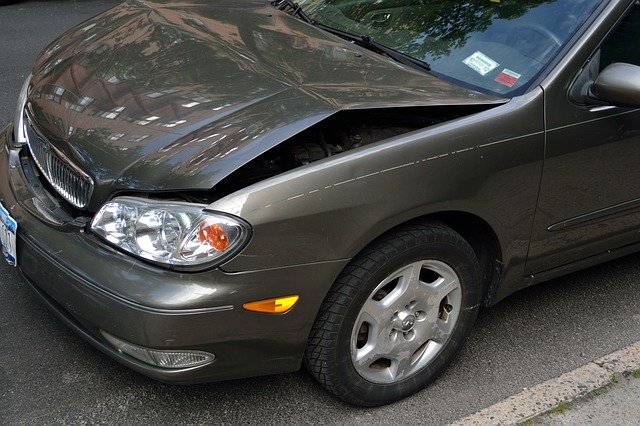 Based on the latest figures, there are now more than 275 million registered vehicles and nearly 230 million licensed drivers on America’s roadways. That doesn’t account for the number of people who forgo the law and drive unregistered vehicles without licenses but don’t get caught. Recent reports show that 77 percent of drivers and passengers have been in at least one accident. Recent statistics indicate that the average person’s chances of being in a crash are about 1 in 100. Because of that, the odds of being injured in an accident are fairly high.

How to Proceed After an Accident

Anyone who has experienced an accident knows how confusing the moments to follow can be. Everything happens so fast, and chaos inevitably ensues after the fact. As perplexing as those initial moments are, things can get even more uncertain during the days and weeks to follow. That’s especially true for those who suffer serious injuries and losses. With all that in mind, it’s best to understand what to do and what not to do before a crash actually happens.

What You Should Do Following a Crash

One of the most important measures to take after an accident is receiving medical care. First responders are usually called to accidents. These generally include law enforcement officials, EMTs, and firefighters. Police officers take down the details of the crash and create reports among other tasks. EMTs provide initial medical care to determine if injuries have been sustained and how extensive they may be. Firefighters aid in controlling traffic and cleaning up the scene to name a few of their responsibilities. After the preliminary care provided by EMTs, though, seeking Accident Care Chiropractic services is advised. That’s only one type of therapy you may need after an accident.

Next, contacting your insurance company is crucial. Your coverage provider will initiate the process of filing a claim for your damages and injuries. From there, your insurance company and those of others involved in the accident will investigate the matter. This is where the police report and other documentation will come into play. There’s always a possibility coverage providers may belittle or outright deny your claim, so documentation and evidence are essential.

In addition to those aspects, you should consider contacting an attorney. Having legal counsel on your side will go a long way toward protecting your best interests. Others involved may try to place undue blame on you, and the insurance company may balk at your claim. Those are only a few of the problems you could face. Without a legal representative, you’ll be left to deal with them on your own.

What You Shouldn’t Do After an Accident

That brings us to the actions you should avoid after being in an accident. For one, never turn down medical care. Even if you think you haven’t been hurt, injuries could arise after the fact. Furthermore, failing to receive medical attention as quickly as possible could hamper your chances of getting compensation for your injuries. Delaying medical care could also impede the possibility receiving financial coverage for treatments. At the same time, documentation of your treatments will establish the paper trail you need to further prove your case if need be.

Avoid inadvertently incriminating yourself after an accident as well. Never state that the crash was your fault. Doing so could certainly come back to haunt you. Don’t tell law enforcement officials or representatives of the insurance companies involved that you weren’t injured in the crash, either. Be sure to receive confirmation from medical professionals before saying you’re unharmed. Wait at least a few days to ensure hidden injuries don’t come to light after the fact.

Taking Care of Yourself Following an Accident

Numerous experts note the importance of notifying the proper authorities and receiving medical care after an accident. Those measures alone can help build a strong case should you need to take legal action later on. It’s important to cover all the bases to protect your best interests. Keep in mind those things you shouldn’t do following an accident as well to fully safeguard yourself.