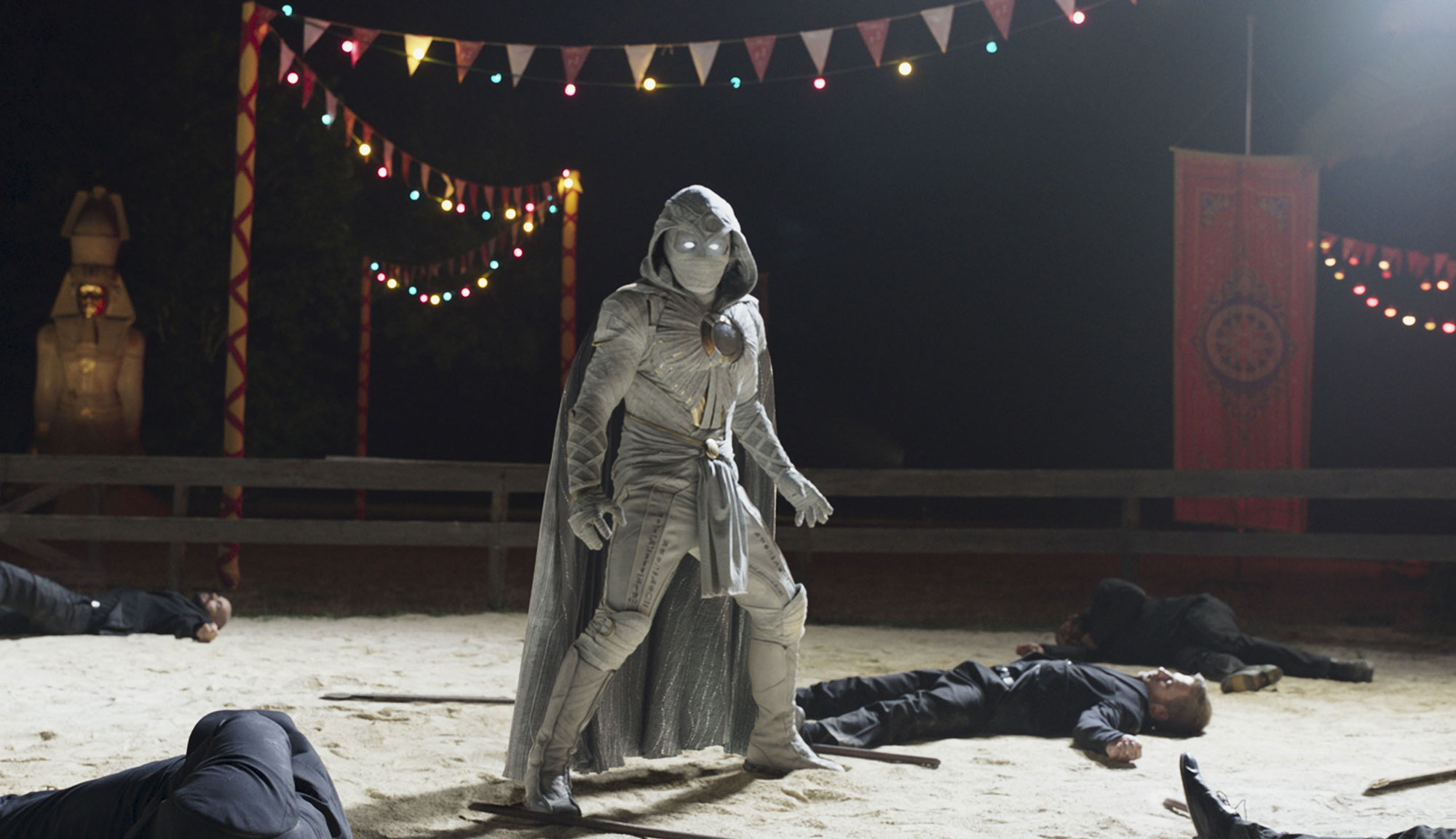 This review is based on the first four episodes of the series as provided by Disney+.

The new Disney+ series “Moon Knight” has massive deviations from many of its comic book counterparts, but so did “Hawkeye,” and that ended up being possibly the best MCU series so far. The main issue isn’t that the show isn’t representative of what made me a massive fan of the character but that the creatives behind it choose to substitute those elements with something far inferior simply from an execution standpoint.

Steven Grant (Oscar Isaac) is an awkward British man working in his unassuming job as a gift shop clerk in the London Museum of History. He has an encyclopedic knowledge of Egyptian history and a tendency to wander in his sleep, occasionally waking up in some place with no idea how he got there or even where “there” is. Soon, Steven begins to lose a lot of time —including whole days — where he thinks he’s been sleeping, eventually waking up amidst a scene of recent violence. He hears a booming voice in his head commanding him to do things and finds himself in the crosshairs of Harrow (Ethan Hawke), a cult leader with mystical powers who wishes to save the world via very drastic means. After answering a call from a phone buried inside his wall, Steven speaks to Layla (May Calamawy), who keeps calling him Marc Spector. This is when Steven realizes that there exists in him another identity — a mercenary who has made a deal with Khonshu (voiced by F. Murray Abraham), the Egyptian god of the Moon, to become its avatar and deal out justice on the ancient deity’s behalf.

What I’ve primarily liked about Moon Knight the character are the questions of mental health. In the comics, it’s eventually revealed that Spector has dissociative identity disorder (DID, previously known as multiple personality disorder). This, of course, leads to questioning if Khonshu is simply another one of those hidden faces. I preferred the comics where writers leaned into this uncertainty, extending into questions of whether the Moon Knight persona was simply an excuse for a very violent man to rationalize his brutality. After all, if Spector was a superhero appointed by a god, he must be one of the good guys, right?

DID plays a role in the Disney+ series. It’s handled brilliantly in the first episode thanks to clever writing and editing that essentially puts Steven into a fugue state when others take over, with the screen going black until Steven returns to see the aftermath of what happened while he wasn’t in control. But this finesse slips away with each increasing episode. Head writer Jeremy Slater works with director Mohamed Diab and directing duo Justin Benson and Aaron Moorhead to show how Steven and Marc interact, with the “real” person (the one in control of the body) communicating with the other in a reflective surface. However, it stops being a visual shorthand and becomes a literal narrative tool where they must look at mirrors or shiny metal to share information with each other. There are worse ways to show such a fractured mind, but this is both a reductive representation and a tired trope.

The real kick in the pants is that this goes along with how the first episode-and-a-half of “Moon Knight” is excellent. There are some cool action moments, fun comedy, creepy weirdness and more. There’s some bloody aftermath that honestly hasn’t been seen in the MCU, especially not on Disney+. Steven’s unraveling of the secrets living inside him is especially engaging. This is greatly assisted by Isaac (who is terrific throughout, no matter the quality of the episode), whose Steven exemplifies the soul weariness of Llewyn Davis as juxtaposed against Spector’s Poe Dameron-like swagger, not to mention the comedic abilities that Isaac hasn’t been able to display before. Hawke is also stellar, gently ensnaring people into his lunatic faith and murderous plans while clearly hinting at the explosive rage barely contained under the surface.

Great pains were taken by Diab and others to properly capture Egypt and Egyptian culture (not just the mythology), including using Egyptian musician Hesham Nazih to compose the score. Unfortunately, that ends up being for naught, as the show becomes a budget version of 1999’s “The Mummy,” with Spector and Layla venturing to find a mystical McGuffin while squabbling with each other, navigating ancient legends and avoiding various assailants. “Moon Knight” hinges on the audience caring about the relationship between Layla and Marc, but there is never any weight given to their love, heartbreak or anything between them. And the lackluster action, especially for a character who for the last 20 years or so has been depicted as especially brutal in his fighting, doesn’t even provide an entertaining spectacle.

And yet, there is promise at the end of Episode Four, with the final two episodes almost certainly leading to Harrow’s defeat and the emergence of Moon Knight as a superhero in the MCU. The show’s conclusion will also probably involve an uneasy truce established between Marc, Steven and Khonshu where they figure out a way to treat the body like some sort of biological timeshare. Also, it’s highly likely that the hero will return to London. Though Moon Knight is a “street-level” hero in the comics like Daredevil, mostly fighting thugs until the latest supervillain emerges, the MCU’s New York City is full of massively overpowered beings that would be odd to have as a backdrop. Another reason to keep Marc in London is the mystical aspect of the character. In the “Eternals” end credits scene, Dane Whitman is in London and about to pick up the Ebony Blade when he hears a voice (Mahershala Ali’s Blade) telling him not to do it. This sets up that city as being the epicenter for the Midnight Sons (a group of supernatural superheroes like Blade and sometimes Moon Knight) and a way to branch out for the MCU.

“Moon Knight” starts incredibly strong and then gets progressively worse before a small uptick in the final moments of the fourth episode. It’s possible that the last two episodes will help make up for the meandering in the middle, but as it stands, this is a completely uneven series. If this is the MCU’s first step into the world of street-level and/or supernatural heroes, it’s not exactly putting its best foot forward, which portends bad things for “Blade” or a possible “Daredevil” resurrection. However, there are multiple possibilities that could unfold in these last two episodes that would end the series on a high note and suggest a future for Moon Knight that is more interesting, is fueled by greater imagination and contains much better execution than the awkwardly flawed story seen thus far.