Trending
You are at:Home»Entertainment»Movies»Movie Review: “The Outfit” 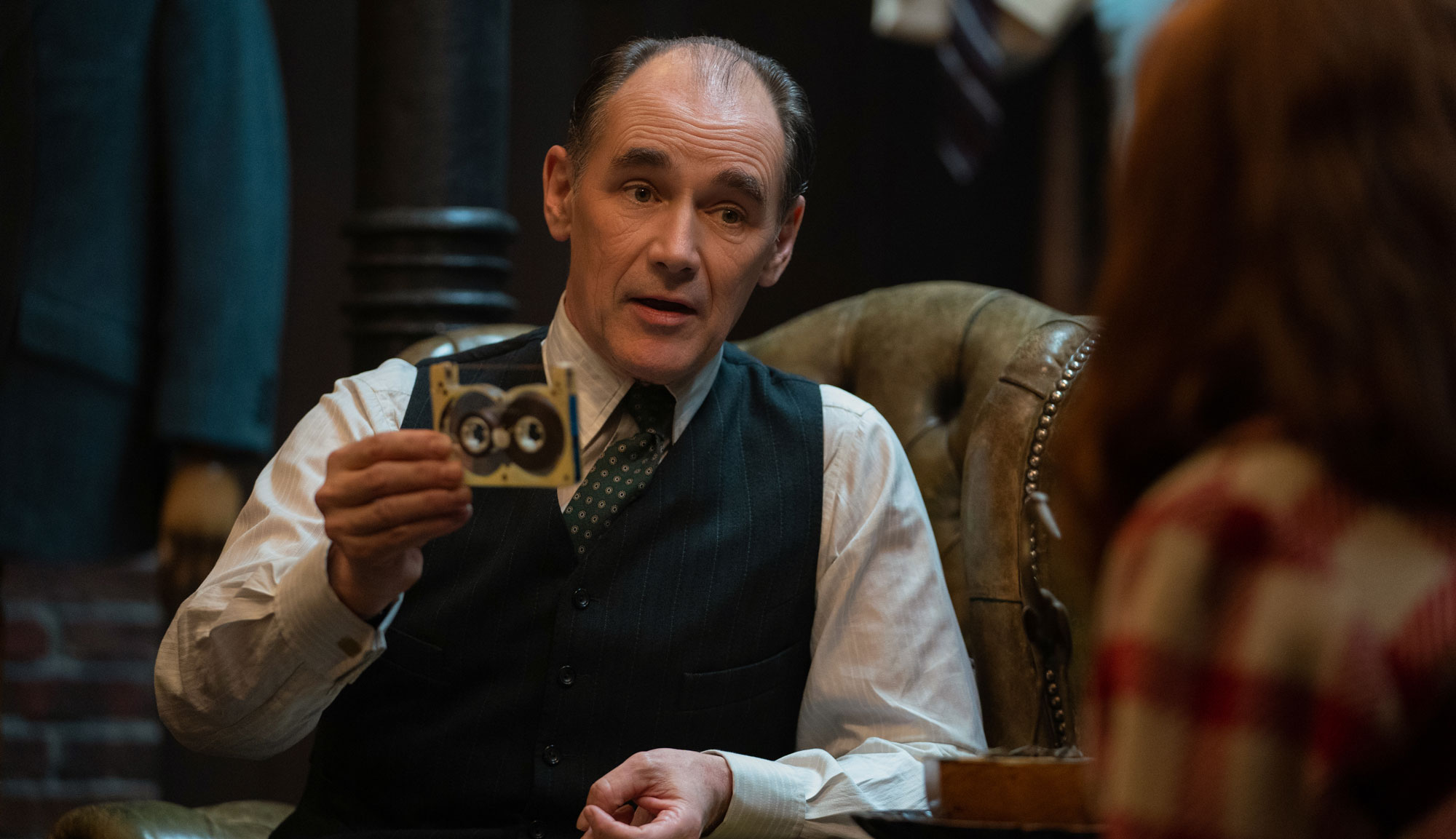 Twists are easy to insert into a story but hard to do them well. The measure of a good twist is how it lands with the audience. It requires setup without overplaying the hand about where the story is going. Furthermore, such a turn must be of some measure of consequence, otherwise it’s merely superfluous and needlessly coincidental. The best films with such knotted plots are those that telegraph that there will be a twist to come in the tale yet still comes off like a clever surprise. Director/co-writer Graham Moore’s “The Outfit” is exactly this type of film, and it works marvelously. Moore (along with co-writer Jonathan McClain) essentially pull off a magic trick, as viewers know that they’re going to see something that defies or subverts expectations, and yet when it comes, you can’t help but applaud its impressive construction. By using engaging dialogue, multi-layered characters and a total control over tone and tension, “The Outfit” is a fantastic thriller that figures out new ways to unfold and entertain.

Leonard (Mark Rylance) is a cutter (not a tailor, as he emphasizes) at a small bespoke outfitter in 1956 Chicago. He takes great pride in his work after a lengthy apprenticeship on Savile Row back in the UK. He mostly keeps to himself and his suits, occasionally chatting with his secretary, Mable (Zoey Deutch), and allowing various tough-looking people to drop envelopes into a locked box he keeps in the back. One of those regular visitors is Richie (Dylan O’Brien), the son of the local crime boss (Simon Russell Beale), but he doesn’t have the temperament, skill or intelligence to be like his father. Richie is always accompanied by his dad’s top lieutenant, Francis (Johnny Flynn), acting more as a babysitter than a friend. When word spreads about an informant amongst the gang, tempers flare, bodies drop and chaos engulfs the humble shop.

“The Outfit” would make for an exceptional play. Though the story moves throughout multiple rooms, it all takes place in one location: Leonard’s outfitter business. Characters come and go, while dialogue fills in the gaps, reporting on actions that happened off-screen. Usually, single-setting films (like “Reservoir Dogs,” “Tape,” etc.) feel more claustrophobic than “The Outfit,” using their single location to build intrigue and action. Moore’s movie, however, feels more like the eye of the storm; it’s still increasingly tense and eventful, but it seems more surrounded by chaos than the chaos invading the shop itself.

This is mostly due to the dynamic acting across the board. Rylance is fantastic as always, but his narration and subservient demeanor lends an air of quiet calm no matter how bad or bloody things get. Part of this may be due to Leonard’s experiences in WWII, his English predisposition or his simple fear of criminals running panicked around his place. And yet, even in that quiet repose, he manages to express a range of emotions (humor, sadness, anger and love) that not only makes the audience care about him but also grants his character the space to reveal new depths and sides that were previously unexpected.

Deutch is also gangbusters in her role. She’s a great actress who everyone seems to love from a variety of performances, and hopefully, she will continue to get more work and greater prominence for her tremendous skills. Leonard and Mable have an easy relationship that mixes parent/child dynamics, employer/employee banter and the connection of people from different generations and backgrounds. This humanity makes them both easy to root for without ever putting them beyond suspicion for some sinister endgame.

O’Brien is possibly the weakest link of the cast, mostly due to an unconvincing ‘50s Chicago gangster accent. Still, he has the air of a Sonny/Fredo Corleone hybrid — the perpetual screw-up who is also undone by his hot-blooded nature. Beale and Flynn bring tremendous intensity, albeit through different tactics, with Beale serving as the picture of quiet, assured menace and Flynn playing the blood-soaked soldier who seemingly revels in violence.

The winding script by Moore and McClain is given power by these performances, but the director doesn’t simply rely on clever plotting or engaging dialogue. While the darkened and brown color coding has unfortunately become far too common in films, DP Dick Pope still creates intriguing compositions and camera movements that echo the unsettling calm of the shop amidst all the insanity happening outside. “The Outfit” is greatly boosted by set decoration by Tonja Schurmann, making Leonard’s outfitter store appear pristine yet also lived-in, while the costumes by Sophie O’Neill and Zac Posen perfectly illustrate Leonard’s devotion to his craft.

Those seeking a frenetic gangland tale will be disappointed by “The Outfit.” There are moments of explosive action, but its intensity lies in the ratcheting tension that builds through the dialogue and relationships among the characters. While many people may not seek it out in theaters, it’s a terrific movie to stumble upon and then rave about to your friends because much like a good magic trick or an immaculate suit, “The Outfit” is a fantastic testament to the importance of vision and construction.