Trending
You are at:Home»Entertainment»Movies»Movie Review: “The Adam Project” 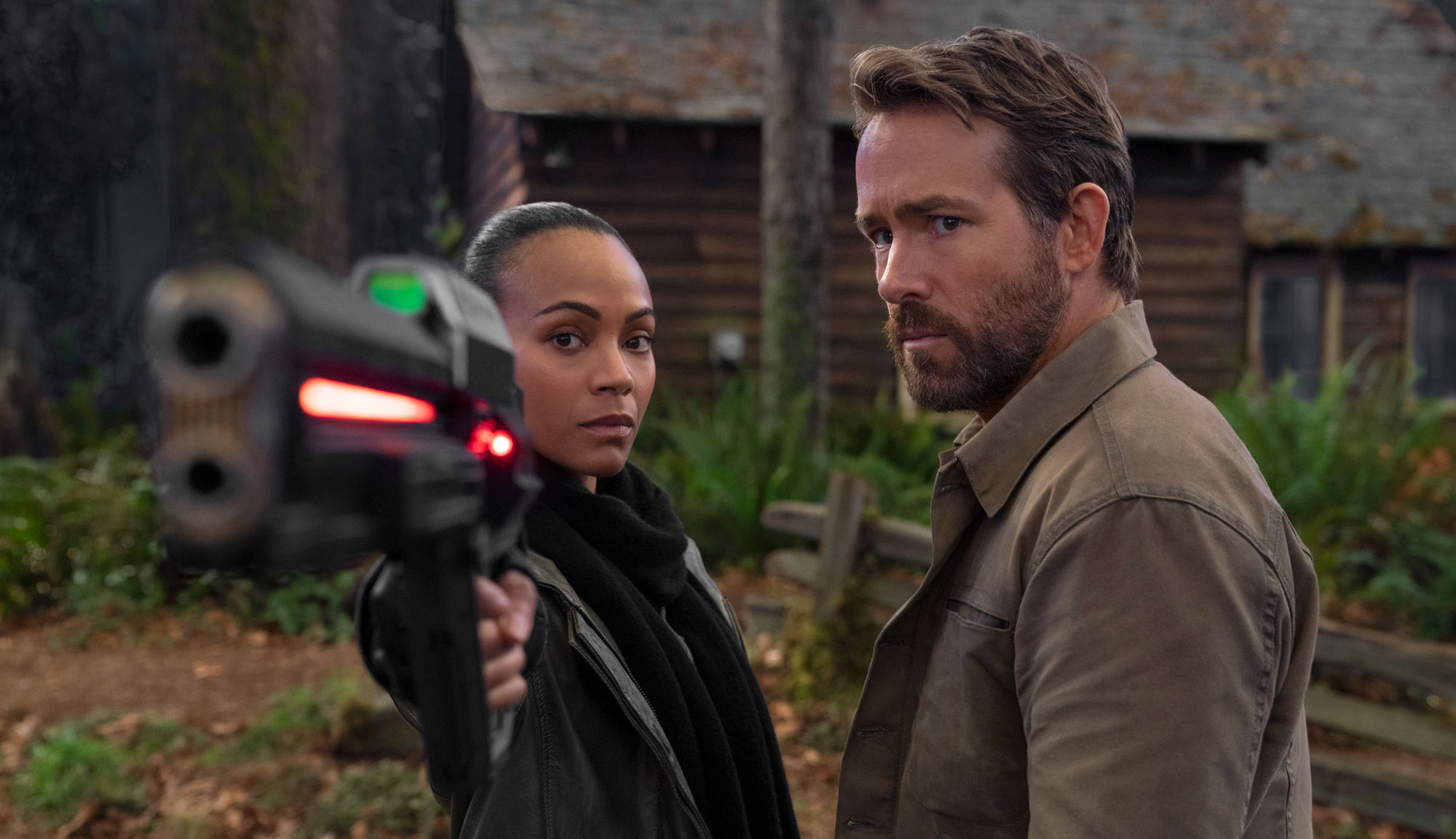 It’s curious when whole types of films essentially disappear from the cultural landscape. Not genres or sub-genres, but rather a loose-fitting category that was prevalent for a couple of decades but no longer exists as a viable storytelling vehicle. Sometimes, this is due to changes in morality and awareness; for example, gender-bending comedies weren’t appropriate in the 1970s with third-wave feminism on the rise, yet those continued well into the early 2000s. Other times, it’s a matter of how studios operate in their accounting and planning, as the focus on massive tentpoles has practically eliminated the mid-budget comedy and adult drama.

“The Adam Project” is a throwback to a particular type of movie most popular in the 1980s: the kid-friendly sci-fi adventure filled with fantastical ideas but also real danger. Mostly trying to cash in on “Star Wars,” titles like “The Flight of the Navigator,” “Space Raiders” and “D.A.R.Y.L.” had child protagonists caught up in some sort of large sci-fi story where they navigate adult spaces (along with real adult risks) to not only have a great adventure but also learn some sort of moral. Arguably, “Stranger Things” has been a return to this mold, so it makes sense that one of the show’s producers, Shawn Levy, also directs “The Adam Project.” But while Levy’s film has a lot of positives, including a nice mix of tones and action, it’s undone by a lack of visual inventiveness and an overreliance on references.

Still reeling from the death of his father (Mark Ruffalo), thirteen-year-old Adam Reed (Walker Scobell) lashes out at school as well as at home with his mother (Jennifer Garner). It’s a turbulent time in the Reed household, which gets even more complicated when a stranger (Ryan Reynolds) shows up and reveals himself to be Adam from 30 years in the future. Big Adam comes from a future where time travel has become commoditized by Maya Sorian (Catherine Keener), a former partner of Adam’s dad, and he’s now on a mission to find his wife (Zoe Saldana), who may have died on her last time travel adventure. With Sorian and a coterie of armed thugs hot on his trail, the two Adams must work together to save their futures.

Working from a script by Jonathan Tropper, T.S. Nowlin, Jennifer Flackett and Mark Levin, Levy begins “The Adam Project” almost immediately on the wrong foot by staging a spaceship battle to the tune of 1967’s “Gimme Some Lovin’.” The “Guardians of the Galaxy” series certainly doesn’t have a vice grip on space operas using pop hits of the ‘60s and ‘70s, but the James Gunn-directed films are the first thing that most people will think of. There are multiple needle drops featuring music from yesteryear throughout the movie, but there’s no reason for the vast majority of them. One track (“Let My Love Open the Door” by Pete Townsend) is established as the favorite song of Adam’s father, but none of the other music is diegetic, nor is it ever suggested as being meaningful to the characters for any reason. They’re fun pairings, but it’s hard not to shake the feeling that it’s all been done before, and better.

That speaks to one of the big issues of “The Adam Project.” It has a fun idea that’s fairly original, as well as a good cast and lively dialogue, but so much of the aesthetics feel lifted wholesale from other films, including “E.T.,” “The Last Starfighter,” “Return of the Jedi” and others. Furthermore, while it seeks to harken back to those youthful sci-fi adventure films of the ‘80s, it boasts tired designs for its vehicles, weaponry and costumes. Something that set those kid classics apart from other eras is that there was an unmistakably novel approach to the visuals, no matter how small the budget or how clunky the final product turned out.

There’s a lot of fun to be had when the film isn’t bogged down by the avalanche of references or the mundane visual language. The action is mostly inventive and exciting, with rapid-fire pacing that doesn’t come at the expense of geographical cohesion. There’s also some clever staging that manages to be entertaining while establishing character and truly feeling like there are real stakes and possible consequences for the characters. This is matched by the chemistry among all the actors, with relationships that feel sincere beyond the engaging banter and into real depths of emotion. There’s a great push and pull between Reynolds and Scobell, as each provides perspective the other lacks, which leads to sniping and verbal fencing that works well.

Another misstep by “The Adam Project,” which falls mostly on the screenplay, is that it isn’t centered on Young Adam. The movie adopts his POV for receiving exposition, but otherwise, it’s very much focused on Big Adam (possibly because of Reynolds’ star power). The throwback nature of “The Adam Project” should have Young Adam front and center, but there are whole sequences where he’s not on screen and other scenes where he barely has any dialogue. As a result, the movie gets stuck in this weird deadlock where it wants to be a youthful adventure but so much is caught up in the adult drama and narrative.

Despite this litany of flaws, “The Adam Project” is truly a fun movie that has enough depth to not feel like complete fluff. The cast and action sequences are among its biggest strengths, resulting in engaging dialogue and entertaining fight choreography that makes it a pleasant watch, even if it’s not quite on par with the films from which it draws inspiration. “The Adam Project” has a lot of problems, but they don’t make for a bad time. It’s just unfortunate that Levy couldn’t avoid them to deliver a film that would serve as an influence for future filmmakers.