Trending
You are at:Home»Vices»Drink of the Week: Blood Sage 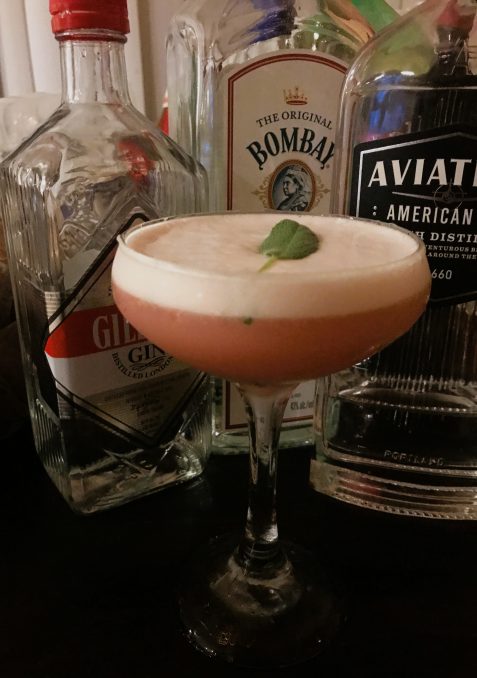 It’s blood orange season and they seem to be in every supermarket here in LA and hopefully it’s the same wherever you are. These tangy, purple fleshed citrus treats and their bright-red juice have long  been associated with Blood and Sand but that’s about it for classic cocktails.  I’ve messed around with sanguinary citrus a few times – including another sour variation near the start of this whole pandemic business. Time for another go.

Blood Sage is credited to Ryan Magarian, a longtime restaurant/bar guy who is the co-founder of Aviation Gin with Ryan Reynolds. It’s therefore presumably designed to complement Aviation, but is it actually the best gin for a Blood Sage? The answer may not surprise you!

Put two blood orange wedges – not too big or too small — in a cocktail shaker and muddle them with moderate gusto. Next, add two fresh sage leaves and very lightly muddle them – herbs can get cranky when you smash them too hard.

Next, add all of the liquid/viscous ingredients into the shaker. “Dry shake” it without ice vigorously to emulsify the egg white into a nice light froth with the gin and juice. Be careful to keep a good grip on the shaker because there are propulsive proteins in the egg white that may make it blow its top.

Like I said up top, Blood Sage is supposed to go well with Aviation Gin but I actually preferred it with some other brands. That’s not a knock. Aviation is good stuff but it’s relatively mellow. It’s also lower proof than many expressions though all of the gins I used were below 90 proof.

To my palate, Blood Sage is a fairly sweet drink – especially if you follow the Liquor.com recipe and its ¾ ounce of simple syrup. I found it too sweet and cut it down to ½ an ounce as I’ve seen with other recipes. At that point, it’s still sweet and, I’m guessing, user-friendly for cocktail newbies. You can also try using an equivalent amount of superfine sugar, which would be 2.5 teaspoons. I found it tasted very slightly sweeter that way, so you may want to experiment with just two teaspoons and save yourself eight calories.

On to the base spirit. In a juice-forward drink like this, I prefer a gin that’s strong enough to fight back. I liked Bombay Dry, which is sometimes described as a sort of blunt gin. It was even better with value-priced Gilbey’s Gin. It’s almost objectively a lower-quality product than Aviation or Bombay – it’s definitely lower priced – but I liked the way the borderline harsh, edgier flavors countered all that juicy silkiness.