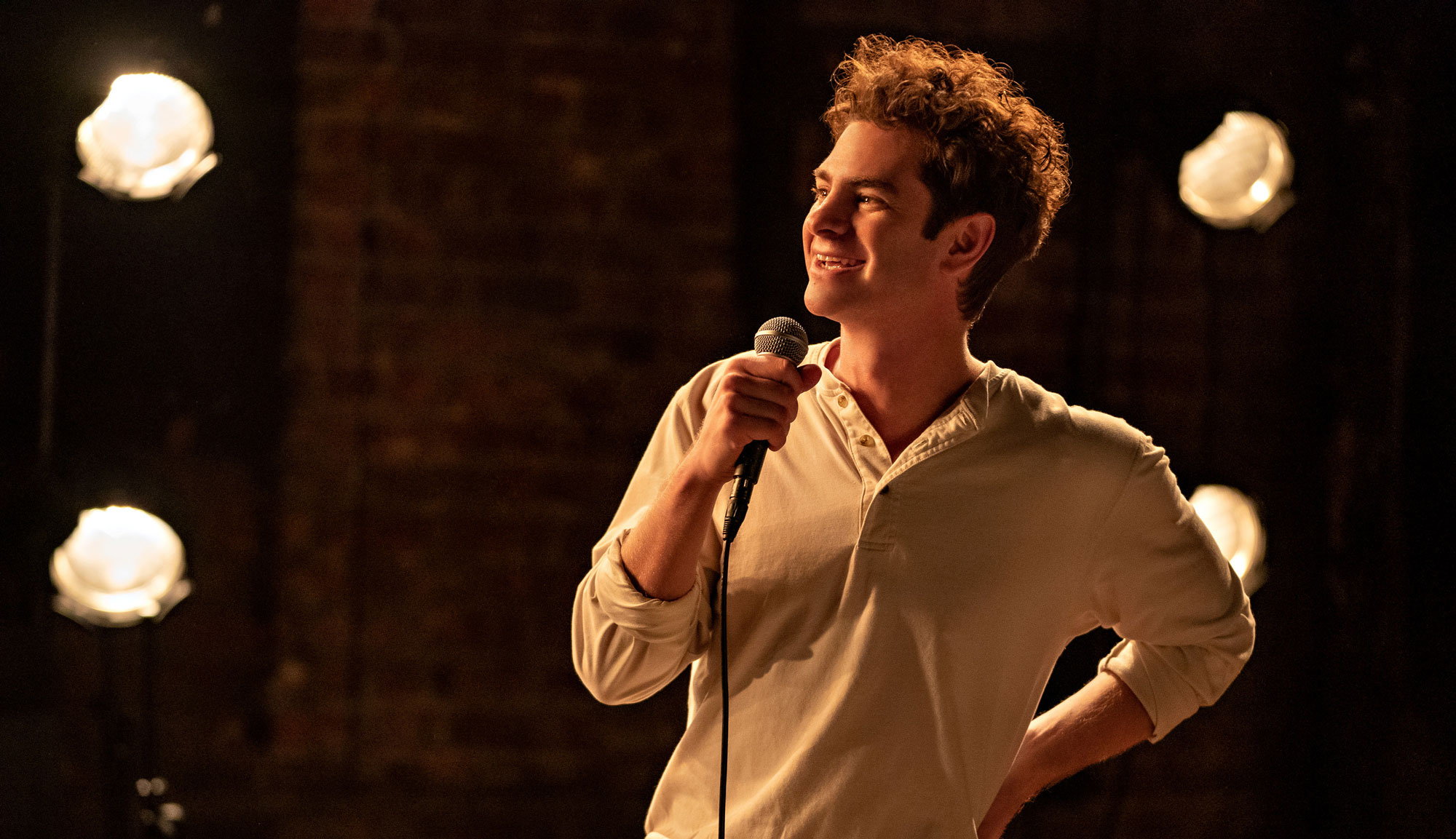 In the six years or so since Lin-Manuel Miranda hit it big with the opening of “Hamilton,” his meteoric rise has been met with plenty of backlash from certain outspoken corners of the internet. With all of his Tony awards, the Disney+ release of “Hamilton” last year, his work on “Moana,” the big screen adaptation of “In the Heights” and providing the songs for the upcoming “Encanto,” you can’t throw a shoe in Hollywood without hitting something that he’s his hands in. Overexposure can be a dangerous thing in the internet age, especially for someone as achingly genuine as Miranda, which can backfire in a cynical age. Yet, for all his bluster, his directorial debut has tracked a little bit under the radar compared to his glitzier recent projects.

“Tick, Tick… Boom!” is an adaptation of the musical written by Larson before he struck it big with “Rent” six years later. It follows the young ambitious writer (Andrew Garfield) as he attempts to mount his first musical while living in poverty on the eve of his 30th birthday and dealing with the AIDS epidemic ripping through his friends in the New York theater community. His girlfriend, Susan (Alexandra Shipp), is losing faith in their relationship as he obsesses over his big break, and his childhood best friend Michael (Robin de Jesús) has abandoned their dream for a cushy job in advertisement. Everything culminates in a live reading of the musical with lots of big-time Broadway hotshots in attendance, including the legendary Stephen Sondheim (Bradley Whitford), all of whom have the power to make or break his career.

Miranda chooses to mount the film as a live performance of the musical, with Garfield’s Larson leading the festivities alongside backup performers Roger (Joshua Henry) and Karessa (Vanessa Hudgens), and shifts between the performance and the scenes from his life that inspired them throughout. The ticking motif was a foundational aspect of the original musical, referring to the ticking clock of completing his musical, the ticking clock of death hanging over his friends’ heads when they find out they’re HIV positive, and the ticking clock of running out of money. That was certainly the case when Larson wrote the piece in 1990, but watching it now in the wake of his tragic death in 1996, the ticking takes on an entirely different meaning. Garfield plays into that; his zealous pursuit of fame and success shifts from a man looking to meet his potential and move out of his awful apartment to a man who needs to accomplish something before his time on Earth is ripped away from him, like so many of his friends dying of AIDS. For those who don’t know Larson beyond simply being “The guy who wrote ‘Rent,’” it’s interesting seeing him work so hard to make a musical that isn’t “Rent,” especially one that never saw the light of day.

For the most part, Miranda keeps things simple; “Tick, Tick… Boom!” is not a particularly ostentatious musical, though it does have its moments of excitement (like the uptempo, poppy opening number), and the performance of it is more rock concert than stage musical. The result is a movie that feels more like a drama with musical interludes than a full-blown production, which works in the favor of its subject matter and emotional heft. You might not necessarily expect Miranda to excel at the less musical and more dramatic parts of the film, but he’s done the majority of the work necessary to pull it off in the hiring of Garfield as his lead. After a few years in the dark as Spider-Man, Garfield has come back to the wider acting world with a vengeance, capitalizing on the potential he showed early on in “The Social Network” and “Never Let Me Go.” Here, he has the wiry energy of a theater kid hopped up on a lot of caffeine, utterly unaware of the privilege that he has hiding behind his impoverished bohemian lifestyle. He’s talented, sure, but the sort of talented that can also infuriate you more than a little bit when he doesn’t realize what he’s saying or who he’s talking to. But he’s a musical theater nerd at his core — the kind who loses his mind when Stephen Sondheim walks into his rehearsal space — and there’s a certain bombast that comes with that sort of man, whether intentioned or not.

At times, Miranda does let that penchant for bombast get the best of him. His cameo in the film, as a line cook in the diner that Larson works at to make ends meet during a song about the Sunday rush (a reworking of sorts of “Sunday” from “Sunday in the Park With George”), is when the film can’t seem to avoid the temptation of turning into a full-blown musical with chorus and choreography (and additional Broadway cameos in the form of Renee Elise Goldsberry and Philippa Soo, among others). And the finale, where every important person in the film is revealed to be in the audience of the performance looking on in awe and acceptance is more than a little on the nose. Miranda is a big bombastic musical nerd at heart and can’t be helped trying to get a little of that flavor into “Tick, Tick… Boom!” Luckily, the rest of the film is suitably grounded in the reality of the situation, making these moments few and far between, and not enough to tip the scales into maudlin schmaltz.

Of the huge fall musical releases of 2021, “Tick, Tick… Boom!” certainly benefits from its biggest competition being the thoroughly disastrous “Dear Evan Hansen” and the not-yet-released “West Side Story,” but there’s more going on for this beyond simply being a solid and engaging tale that faithfully recreates Larson’s musical. Miranda’s direction is workmanlike at best, but it successfully frames the story within the performance in a way that works to the film’s benefit. The music is good, expanding on the spare orchestration of the original work but not so much that it loses its stripped-down spirit. “Tick, Tick… Boom!” is the sort of movie that sneaks up on you; its charms are easy to miss if you focus too much on the music and too little on the rest. But Miranda, with the benefit of Garfield’s stirring lead turn, manages to make both work in equal measure.