Trending
You are at:Home»Entertainment»Movies»Movie Review: “Army of Thieves” 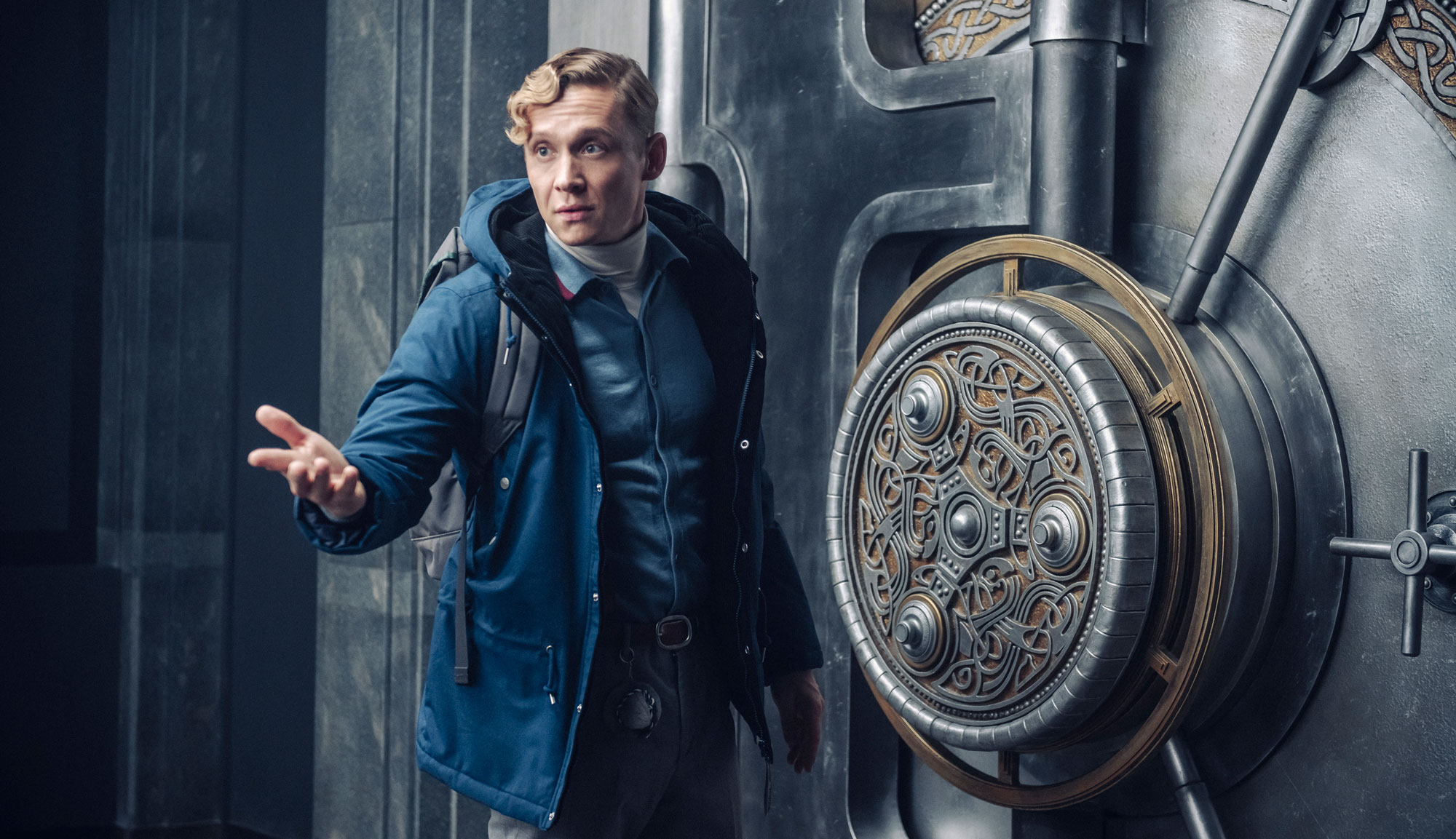 “Army of Thieves,” a prequel of sorts to Zack Snyder’s “Army of the Dead,” is a curiosity on many levels. It’s no secret that Snyder, writer Shay Hatten, Netflix and others are attempting to construct an expansive cinematic universe spiraling out of the Vegas-based zombie outbreak at the center of “Army of the Dead.” It’s commendable and sensible that the first connected movie isn’t zombie-focused but is instead more interested in the heist aspect. It creates the illusion of a broader world with shared strains across different genres while delaying burnout from doing the same type of stories. On the other hand, there’s no reason for “Army of Thieves” to exist. It doesn’t answer any lingering questions or add new depth to “Army of Dead”; if anything, it undercuts a lot of the character development and events of Snyder’s movie. On its own, “Army of Thieves” is a middling heist film that tries to be clever and metatextual through acknowledging the tropes that it recycles, but it’s mostly a joyless movie that is too enamored with its own perceived wit to do anything new or exciting.

The safecracker named Dieter who audiences met in “Army of the Dead” is introduced here as Sebastian (Matthias Schweighöfer, who pulls double duty as director), a Munich bank teller with a passion for breaking into impossible safes, as well as an oddly patriotic love of a German vault designer who made nigh unbeatable safes tied to composer Richard Wagner’s “Der Ring des Nibelungen” opera cycle. Sebastian is plucked from his mundane existence by Gwen (Nathalie Emmanuel), who selects the mild-mannered, awkward and easily startled bank nerd to help rob three banks, each hosting one of these mythic locks. They’re joined by getaway driver Rolph (Guz Khan), hacker/femme fatale extraordinaire Korina (Ruby O. Fee) and man of action Brad Cage (Stuart Martin) to pull off these heists while a pair of dogged Interpol agents (Jonathan Cohen and Noémie Nakai) follow in hot pursuit. All of this is happening while the zombie outbreak in Nevada is rapidly getting worse, thus drawing law enforcement attention away from the burgling shenanigans of this makeshift crew.

“Army of Thieves” features a group of quirky, multilayered oddballs who come together to pull off impossible heists while globetrotting to beautiful locations. So, why is it so boring? And why are all the characters self-aware yet still go through all the motions expected of them? You technically don’t need to have seen “Army of the Dead” before watching Schweighöfer’s movie, but the small recurring subplot of a distant zombie apocalypse would only confuse and raise questions.

Schweighöfer employs lots of common tricks to con viewers into thinking that “Army of Thieves” is more interesting or exciting than it is. DP Bernhard Jasper’s camera is constantly moving, even when things are meant to be utterly calm and centered; the Interpol agents are joke characters with their outsized reactions and personal grudges; and there are many swooping CG shots of the inner workings of a safe as tumblers move about before opening to reveal the treasures inside. Unfortunately, none of it works. The hubris of “Army of Thieves” is that it recognizes the obvious path ahead of it but then goes along that predictable route and does nothing novel. It reeks of trying to be too cool for school and thus perpetually holds its scenes at arm’s length to appear hipper and smarter, as if that alone were enough for people to care or be engaged.

“Army of the Dead” had similar issues where the characters would acknowledge the trap ahead of them but still go through it or predict someone’s inevitable heel turn and do nothing to prevent or outsmart them. Yes, heist films are formulaic, but filmmakers can still have fun within that formula by crafting compelling (or at least entertaining) roles and by doing it with an impressive sense of theatrical style. Instead, “Army of Thieves” has a white German guy explaining to a Black English woman why Richard Wagner’s nationalist operas are actually quite beautiful.

There are glimpses of true invention and originality, like when the germ of a story idea or an aspect of a character is introduced that would make for a fun aside, but they all get swallowed up by the mold to which the story must adhere. There’s also the weird relationship between “Army of the Dead” and “Army of Thieves” where the timing of the films (and especially the ending of the former) basically informs how everything is going to turn out anyway. In those moments where everything is already predetermined, it falls on dialogue and characterization to get the audience to forget about the doomed nature of those involved. And though the cast is all game and finds ways to create a real sense of chemistry among one another, “Army of Thieves” offers no such respite.

“The Boondock Saints” kept popping into my head while watching Schweighöfer’s film. They’re both metatextual genre turns that are overstuffed with hubris and desperate to make sure everyone knows that the filmmakers are exceptionally cool and smart. They know what the audience knows, and so they can hang a lampshade on it and point it out, but neither film does anything more with those well-trod tropes. Both movies feel like they’re chasing the heat of talented filmmakers who embrace and subvert genre expectations in equal measure to greatly entertaining outcomes. “Army of Thieves” isn’t awful — it has a fun cast and cool locations, and there are some good ideas in it — but there’s almost no faster way to guarantee a film won’t connect with viewers than to have its aloof filmmakers routinely pop up to wink incessantly. It’s cases like these where the true robbery ends up being two hours of your time.