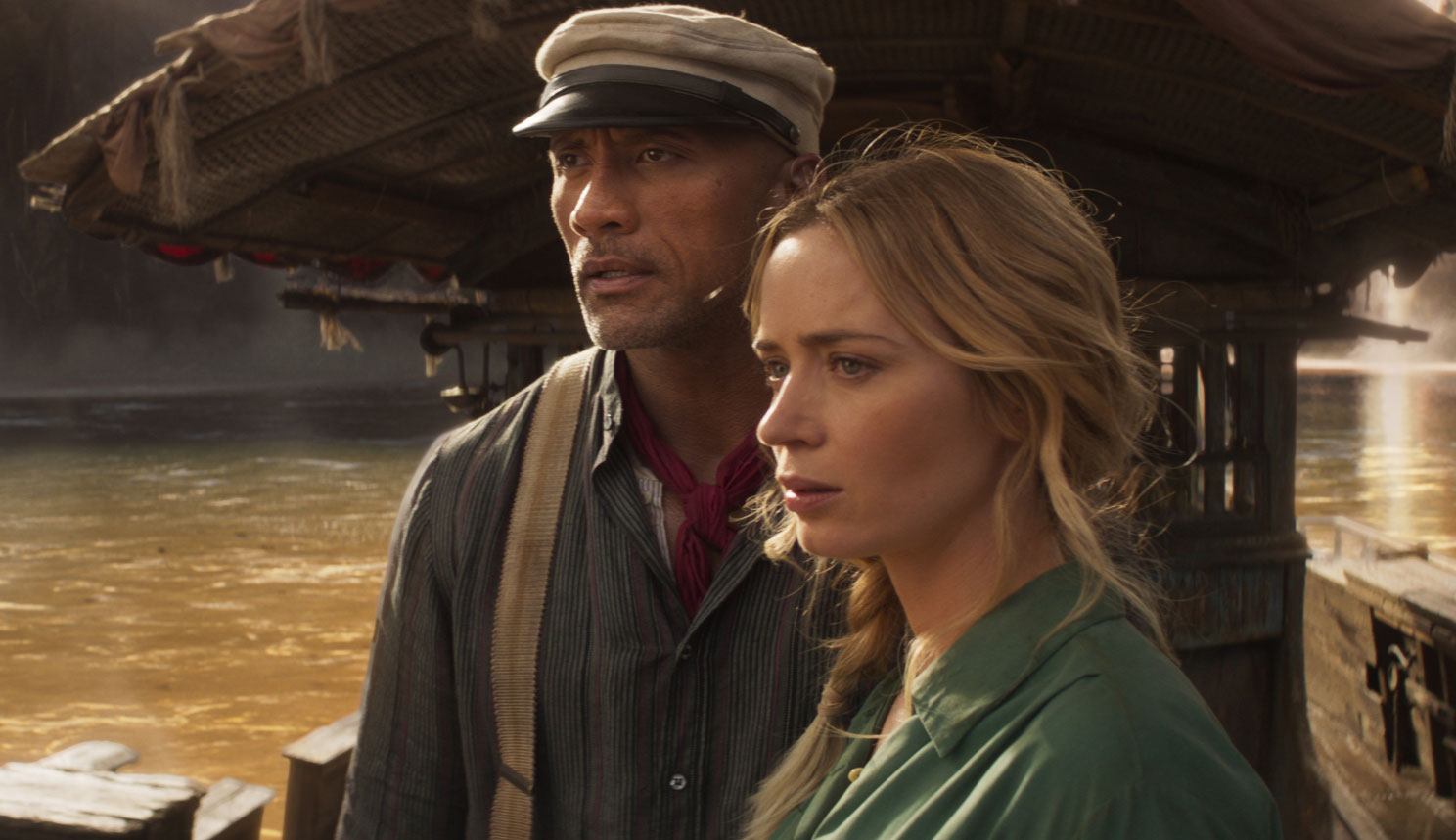 “Jungle Cruise” opens with the beginning chords of “Nothing Else Matters” by Metallica playing over the Disney logo. That’s an alarming development few would have anticipated in 1992. In addition to being a weird age-check curveball, it lays out the fact that the movie, from director Jaume Collet-Serra and based on the beloved Disney theme park attraction, is a surprisingly fun adventure film full of charm, wit and genuine excitement. There are two not-insignificant issues that detract from how effective the movie is overall, but those matters notwithstanding, “Jungle Cruise” is a nice slice of summer escapism.

In 1930s London, Lily Houghton (Emily Blunt) steals an ancient artifact from an explorer society while her brother MacGregor (Jack Whitehall) distracts them with a bumbling speech. The piece of antiquity will help them discover a legendary treasure in the Amazon that can help cure all manner of diseases, which Lily hopes to use to save folks the world over. Hot on their heels is German aristocrat Prince Joachim (Jesse Plemons), who wants the treasure for himself to ensure his country will win the war and rule the world for years to come. The siblings arrive at the mouth of the Amazon and begrudgingly contract the boating services of local huckster Frank (Dwayne Johnson) to navigate them down the treacherous river to the mythical location that few have ever seen. Mixed in with all of this are the very real stories of haunted conquistadors led by Aguirre (Edgar Ramírez), who attempted to steal the ancient treasure almost 400 years ago. The unlikely trio must learn to work together to avoid these newfound enemies as well as the dangers that the forest itself offers.

“Jungle Cruise” is an excellent mashup of previous works like the Indiana Jones films, “The African Queen,” the Stephen Sommers “Mummy” movies and “Pirates of the Caribbean: The Curse of the Black Pearl.” That last influence is a bit of a detriment, as the film (written by Glenn Ficarra, John Requa, Josh Goldstein, Michael Green and John Norville) is structured almost identically to that other Disney theme park adaptation and borrows a lot of the same elements. There are the cursed antagonists rendered mostly in CGI, the mix of magic amidst grand adventure in foreign lands, an unreliable but comedic lead who has a secret connection to the larger mystery, a badass lady who throws off the shackles of conventional gender roles and the pursuit by military personnel. That’s a lot of overlap.

These clear echoes between the two films aren’t a major issue because of the unique qualities brought to the plot and characters, but they’re still somewhat distracting and will give audiences a constant state of déjà vu (not to mention plenty of fodder for YouTube critics). The number of parallels feels far too much like adherence to a proven algorithm, which is frustrating because the rest of “Jungle Cruise” has its own distinct flavor.

Blunt, Whitehall and Johnson have excellent chemistry, with their banter feeling like casual shorthand and natural in-jokes developed amongst friends. The conman aspect of Johnson is telegraphed a bit too often, but it’s offset by his adherence to awful dad jokes and a charming take on Humphrey Bogart’s role in “The African Queen.” Blunt also does well as the exceptionally capable hero who needs occasional help but never feels like a damsel in distress. She projects strength and assurance without coming across as too hoity-toity or arrogant.

Whitehall’s MacGregor may be historical as the first openly/confirmed gay character in a Disney movie, but while he has occasional opportunities to shine (including some nice action moments), he’s unfortunately reduced to a foppish dandy for most of the film. It’s a mixed moment of progress, though that particular aspect of the character is handled well by Whitehall and informs the relationship between the siblings. Furthermore, Plemons stands out as the idiosyncratic villain, once again dazzling on screen as an oddball (this time goofier than some of his more sinister weirdos), while Paul Giamatti also shows up in an extended cameo in which he uses an exaggerated accent that’s meant to be Portuguese but sounds like a caricature of an Italian chef on a pizza box come to life.

“Jungle Cruise” is brimming with the spirit of adventure and exploration, using more fantastic elements so it never seems like it’s aiming for anything truly realistic. There may be some issues around cultural depictions of Indigenous people, but most of those are eschewed as extensions of Frank’s ruses and are not meant as verisimilitude. While there are lots of old-school moments of thrilling sequences involving exciting escapes and other derring-do, multiple set pieces are undercut by an overreliance on CGI. It’s important to draw the distinction that most of the CGI used in building the surroundings and touching up various scenes is perfectly fine and fits the atmosphere well, but the lack of real-world stunt work in some of the action beats takes away a lot of the wow factor that should be a part of such an exotic and exciting journey.

While it’s clearly modeled after the success of the “Pirates” franchise, “Jungle Cruise” is still an entertaining ride that has its own charm and style. The actors deliver engaging roles that make it easy to enjoy the journey, no matter how familiar it is. While some practical stunts and action sequences would have greatly elevated the film, it’s the enthusiastic spirit of adventure and camaraderie that ultimately keeps the movie afloat. Collet-Serra, whose filmography includes underappreciated but bizarre horror titles like the “House of Wax” remake and “Orphan,” is a perfect fit to helm this voyage, as he injects “Jungle Cruise” with plenty of imagination, excitement and wonder, which is exactly what a good summer blockbuster should have.