Trending
You are at:Home»Lifestyle»“Warcraft” and the challenge of game adaptations 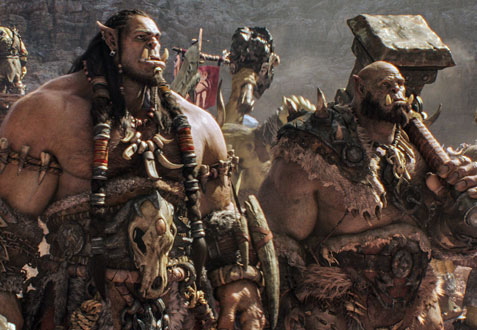 Adapting games to film is difficult, as evidenced by the movie “Warcraft,” which was a film adaptation of one of the major events in the Warcraft franchise title “The First War” which ushered in the arrival of the orcs in Azeroth. Directed by Duncan Jones, the film has a top-billed cast, starring Travis Fimmel (Anduin Lothar), Paula Patton (Garona Halforcen), Ben Foster (Medivh), and Toby Kebbell (Durotan). The major antagonist is played by Daniel Wu (Gul’dan).

The film was meant to be the first part of a long franchise with the alternate title is “Warcraft: The Beginning.” Unfortunately, the film did not please enough audiences and critics to warrant a sequel so it will be the only film in the Warcraft universe for now. Despite the backlash, some appreciated the visuals and other aspects. As comprehensive as reviews found in sites like playorbet, here’s an look back at “Warcraft” (2016) for those of you obsessed with the game and related stories.

Warcraft is high fantasy fiction with war as its core theme. Other bits of storytelling from romance to coming-of-age are all directly affected by the grand conflict between orcs and the denizens of Azeroth. The film is filled with tiny details that fans of the franchise appreciate such as the many races of intelligent beings in Azeroth and the designs of the soldiers’ gears.

There is evil in the form of Fel magic users but the war itself is morally grey. It is a serious war between refugees trying to escape their dying realm and a kingdom that wishes to protect its people from an invasion. Although the premise is promising, the film’s 2 hours and 3 minutes of runtime is not enough to give each story thread a satisfying progression. All of them were rushed except for the climax when Lothar finally confronts Gul’dan.

Aside from Garona, the half-orc, every other orc in the film are computer-generated images (CGI). They are the highlights of the film with many scenes focused on their side of the conflict. This technique allowed actors such as Kebbell, Robert Kazinsky (Doomhammer), and Anna Galvin (Draka) to show amazing expressions.

Magical effects such as glowing mists of Fel magic and the magic circles cast by mages appear beautifully on screen. A majority of the physical objects from additional details to armours and weapons as well as the dire wolves were also executed to feel natural in the setting. Warcraft also shows beautifully rendered CGI landscapes and settings but many were easy to miss because of how quickly cameras pan through them.

Characterization is usually the toughest part of writing a story. Even if the film has an existing source material with content written since 1995, adaptation is still a tricky process. Warcraft film writers, director Duncan Jones and Charles Leavitt, did an excellent job at crafting the main cast.
Durotan was the most nuanced character in the story as he tells the story of a man burdened with responsibility and conscience. Lothar was shown as a tragic hero who is willing to try everything to win an important battle including subterfuge. War is not a game so heroes are always faced with tough decisions with big sacrifices.

Some executions fell flat, however. Medivh is an admirable character whose every act is always aimed towards good. His corruption to Fel magic was a surprise but it’s abrupt. This is likely because most of his story is removed to keep the film short. Khadgar, played by Ben Schnetzer, felt unessential to the grand scheme of the story. He is entertaining to watch but he is presented as a punchline more than an important character in many cases. Catch up later on the latest sports updates at playorbet and other news sites and watch “Warcraft” instead to see if this movie is up to par with your film taste.