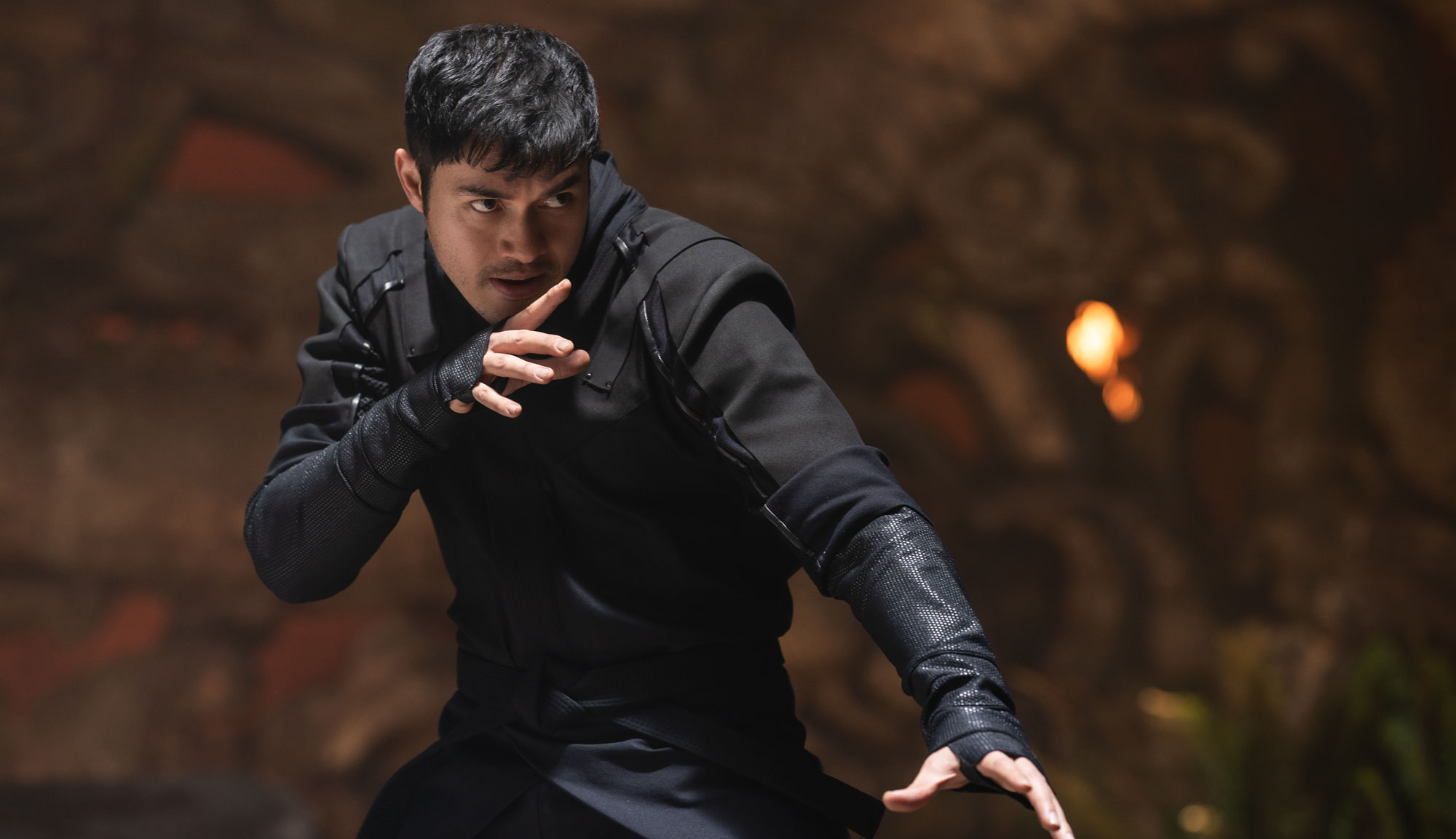 Action films are curious creatures because there are many ways to approach the genre and produce an engrossing experience. Technical prowess and the actors’ abilities to perform fight choreography or stunts can wow audiences as well as develop characters and themes. Cinematography and editing can highlight (or compensate for) these physical sequences that reinforce tones by utilizing a visual narrative. Lastly, strong characterization makes viewers care about the people on screen; punches land harder when folks want heroes to make it through their journey unscathed (or at least not too hurt).

Filmmakers can rely on one or more of these avenues to create an effective movie that gets pulses quickening and absorbs attentions. “Snake Eyes,” however, chooses none of those paths and thus is barely engaging — a problem exacerbated by inconsistent tones and “rules.” Director Robert Schwentke no doubt believed that he was utilizing these weapons in his arsenal to create a compelling action film based on a beloved character, and yet, never have so many massive swordfights been so boring.

After watching his father killed by thugs as a child, Snake Eyes (Henry Golding) grows up to become a nomadic brawler, traveling to different locations to make money in underground fights. It’s during one such fight that he meets the enigmatic Kenta (Takehiro Hira), who offers the haunted combatant a chance to find his father’s killer in exchange for completing a few tasks. Snake Eyes eventually cross paths with and gains the trust of Tommy (Andrew Koji), the heir apparent to the powerful Arashikage clan of ninjas that rules Japan from the shadows. Snake Eyes is brought into the Arashikage fold, despite the misgivings of security officer Akiko (Haruka Abe), and must pass trials overseen by Hard Master (Iko Uwais) and Blind Master (Peter Mensah) to become a true member of the clandestine group. During these tests, it becomes clear that Kenta is not finished with Snake Eyes just yet, scheming to get revenge on the Arashikage with the help of Baroness (Úrsula Corberó), a high-ranking member of the terrorist organization Cobra. Loyalties shift as the warriors constantly switch sides and routinely clash in deadly combat.

“Snake Eyes” fails both as a not-so-subtle setup for a “G.I. Joe” cinematic universe as well as a standalone film. The in-universe elements, specifically the inclusion of Cobra’s Baroness and G.I. Joes’ Scarlett (Samara Weaving), are superfluous and marked by bad quips and even worse foreshadowing. But as its own movie, “Snake Eyes” spends far too much time fumbling about with poor performances, subpar action sequences and sloppy storytelling. Golding is a charming actor who works well as the rogue figure whose quest for vengeance may be his undoing. He has swagger for days and is reminiscent of a James Bond-type who’s playing multiple sides through his guile and physicality, but his accent constantly changes throughout the film, going from his real-life British/Malaysian tones into a gruff American voice, sometimes in the same scene. The script underserves the character and robs him of much more than a simplistic story complete with obvious twists and turns that leave the audience far ahead of the movie’s other characters.

Abe and Koji fare better in their roles, though they’re also relegated to one-note status without much complexity despite feigned attempts at making it seem like there are layers to their characters. They at least get to show off larger ranges of emotion and provide some intensity to their fighting sequences. Their energy is welcomed because much of the choreography is poorly depicted with non-stop camera motion by DP Bojan Bazelli and made even worse through choppy editing. It’s easy to see that a few of these combat sequences aren’t particularly staged in an interesting manner, but there are some that would have benefited from better cinematography and more confident editing. One of the head fight coordinators for “Snake Eyes” is Kenji Tanigaki, who was the action director for the “Rurouni Kenshin” films, which have outstanding battles, innovative swordplay and imbue each blow with a sense of tone and character that elevates the stories around them. The fact that he’s involved in “Snake Eyes” and yet none of that is present within the action set pieces is a true waste. This also extends to Koji, Uwais and Hira, who have all delivered spectacular performances that incorporate their impressive martial arts skills into their acting.

Schwentke litters “Snake Eyes” with some cool designs and unique locations, but the film is simultaneously overwrought and underdeveloped. An almost two-hour runtime is unnecessary considering how much filler there is, from people just driving around to intercut images of Japanese culture (kabuki performances, Taiko drumming, etc.) that signal “this is Japan” in a way that is borderline insulting. In “G.I. Joe” mythos, Snake Eyes is a straightforward and engaging figure — a badass ninja who is mute, masked and embroiled in a long-standing feud with members of his former clan, not to mention the complicated relationship with his nemesis, Storm Shadow. “Snake Eyes” attempts (and fails) to focus on that last part without recognizing the character’s appeal. The pieces were there to create a special movie, but instead, “Snake Eyes” is a crudely assembled film that bores where it should thrill.