Trending
You are at:Home»Entertainment»TV»“Loki” Recap: The MCU’s best show arrives just in time 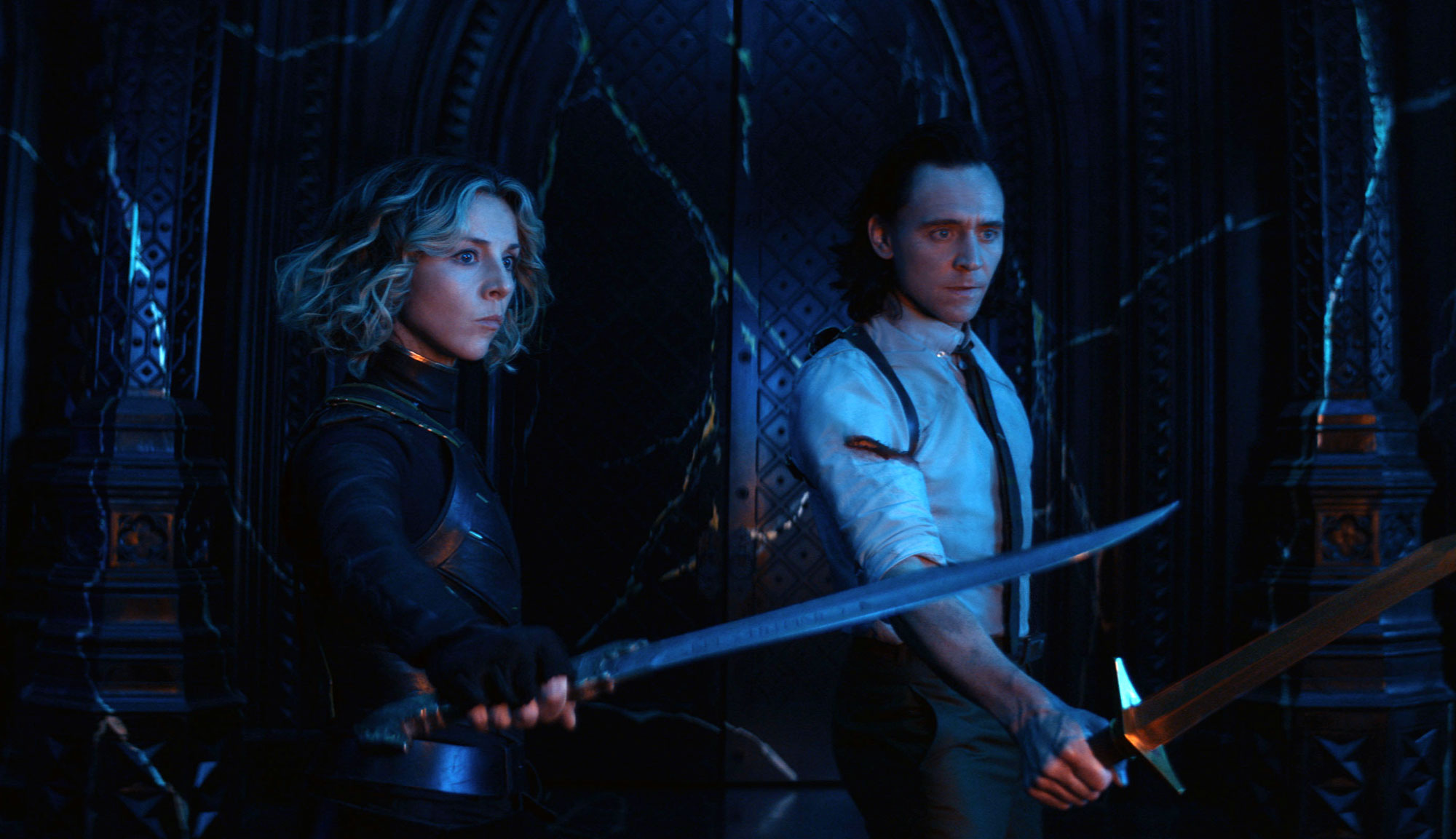 Since its launch with “Iron Man,” the Marvel Cinematic Universe (MCU) has shown that one of its greatest strengths is self-awareness. The makers of these works know that there’s an inherent silliness to everything, but there’s also sincerity and charm in superhero stories. This has led to the overused script tic of undercutting emotional beats with a quip or hanging a lampshade on exposition to preempt criticism. That self-awareness has also traveled to the Disney+ shows thus far. “WandaVision” used the knowledge of how Marvel fans consume entertainment by looking for clues and hidden meanings, while “The Falcon and the Winter Soldier” took account for the fair criticisms about the disconnect between Captain America (and Marvel Studios) and the reality for large swaths of people. “Loki” continues that trend with its own twists, subverting expectations and expanding the world to arrive at the best Disney+ MCU show to date.

A lot of the show’s plot unfolded mostly as predicted. The righteous bureaucracy was revealed to have been built on secrets and lies, there was a redemption arc for our main antagonist, and the series used different variants for fun jokes as well as a bit of a mirror to the main character. But within each step, there was a slight deviation (or variant) on what was expected. Loki (Tom Hiddleston) and Sylvie (Sophia Di Martino) weren’t going to die midway through the season on Lamentis, but instead of some Deus Ex TVA or trickster god shenanigans, it was the small acts of comfort and caring that ended up saving them. The TVA was obviously not what it seemed but was based on good intentions instead of more nefarious aims of control and power.

Even Loki’s arc isn’t necessarily about becoming a hero. He recognizes all of his aspects, good and bad, and learns to accept them. He doesn’t become good when he tries to stop Sylvie from killing Kang (Jonathan Majors); it’s a calculation. Loki applies his scheming guile into seeing what the endgame would be. The erstwhile Asgardian prince isn’t seeking a new throne nor even trying to save creation necessarily. It serves his own self-preservation to stop this multiversal war, and it means more time with Sylvie. The final fight between the two Loki variants is shot in a way that’s meant to lead viewers to expect one of Loki’s doubles to appear behind Sylvie and kill her, stabbing her in the back as he did to Thor in “The Avengers” and foreshadowed in his speech about love as a dagger. But he’s not fighting to win, he’s fighting so Sylvie will lose.

The fight choreography is one of the aspects where the show faltered most. The overall action in “Loki” is uninspired and not particularly well shot; there’s a feeling of budget and skill restrictions in every melee. Though the final two episodes provided engaging scraps — the Loki free-for-all in Episode 5 was a fun bit of screwball fisticuffs, while the Sylvie and Loki fight used characters to bolster its intensity — most of the combat was humdrum and stilted.

That mundane fighting stood out because everything else in “Loki” benefits from excellent visual touches. The cassette futurism of the TVA, the jumbled wasteland of the void and Kang’s kintsugi-inspired castle are all gorgeous sets with exquisite designs. Throughout the series, cinematographer Autumn Durald’s camera moves in interesting ways — it spins about, exploring different angles and framing characters to convey their relationships. Additionally, the color-coding used in various sequences imbues those scenes with a charged sense of emotion.

The actors are great across the board, with Hiddleston finding new parts of a character he’s been playing for ten years. This is a chastened god who realizes that he’s a footnote in other people’s stories. Loki isn’t meant for the throne; he’s meant to be the stepping stone that gets the real main characters into that seat of power. Di Martino also delivers a fantastic performance as the orphaned god who has done remarkable things but has turned into someone who sees every interaction as a trap. Owen Wilson and Gugu Mbatha-Raw aren’t given as much to do, but they still find a way to take stock characters from police procedurals, plop them into a timey-wimey environment and come out with some real humanity as they confront their own failings.

Jonathan Majors’ talent isn’t a surprise, as he has been great in literally everything he’s been in so far, but his actual appearance was something unexpected. Perhaps this was a response to the previous two series, or maybe it’s to help pump up the next “Ant-Man” movie, but I didn’t think Kang would be introduced in “Loki.” I knew it would be some sort of “Wizard of Oz” situation where the one behind everything isn’t as imagined. I assumed it would be a Loki variant (when in doubt, go with the most obvious twist in an MCU property, right, “Black Widow”?), but instead, it had the self-awareness to make the show truly matter in the grander scheme by introducing one of the biggest villains in Marvel history. This version of Kang is a bit silly and manic, but it wasn’t a goofy parlor scene as the master of time explained his story and his motives. He was full of the giddiness that comes from meeting people after being alone for so long but unable to ditch the quirks and tics he’s accumulated in his solitude. He’s eager to fulfill his plan and weary from carrying the burden of knowledge.

Kang’s reveal was surprising due to the character’s stature, but the series prepared viewers by dropping clues and hidden meanings just like “WandaVision” was weaponized for its audience. Meanwhile, the reaction to criticisms that “Falcon” incorporated is present as well. Loki is a fan favorite, but multiple people point out the heinous acts he’s undertaken in the MCU since his introduction in “Thor.” This is addressed in the first episode and continued throughout. Loki isn’t a good person, and his story isn’t a villain atoning for his sins. He’s a bad person who finally embraces the truth behind why he acts the terrible way that he does but recognizes that it needn’t be that binary.

As noted in my earlier “Loki” review, creator/head writer Michael Waldron came from “Rick and Morty,” a show where bizarre sci-fi tropes are used to explore deeper emotional issues. The trick that he and the other writers pull off here is to make that bidirectional, where a time-hopping multiverse gives Loki a means for self-reflection, but the enticing characters in engaging dynamics ground the high-concept story. Series director Kate Herron assists this duology by eliciting fantastic performances and maintaining a brilliant visual palette that doesn’t resemble any other MCU project. Also, composer Natalie Holt’s score is one of the best for any Marvel project.

“Loki” accomplished what “WandaVision” and “The Falcon and the Winter Soldier” could not: it sticks the landing. Sort of. The post-credit tease that there will be a second season allows this praise to be punted until the series concludes, not to mention the uncertainty over how Kang will be utilized in the show concurrent with the films. Regardless, there was a real sense of an arc to this story and these characters. The stakes are well-established, while the visual and audio design assists the excellent script and performances in creating a palpable emotional atmosphere. It’s uncertain what the future holds for “Loki,” where the narrative will go and if this degree of quality can be maintained, but if nothing else, it had this moment in time where six episodes were assembled to create an incredibly effective and entertaining show.