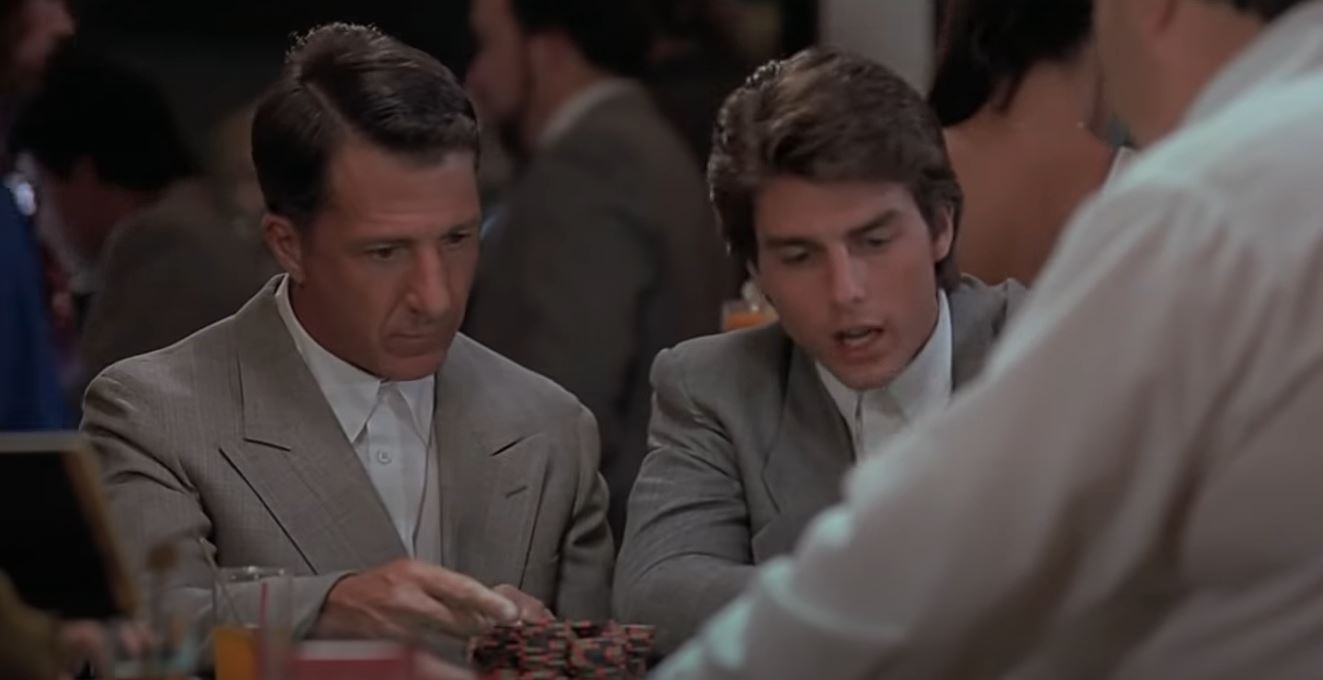 Who would have thought that a cross-country trip to Las Vegas would serve as a lesson and bring a remarkable bond between two conflicting brothers? This is the story of the film “Rain Man.” Written by Barry Morrow and Ronald Bass and directed by Barry Levinson, it’s a quiet and subtle masterpiece in the Hollywood industry.

“Rain Man” was a major success in terms of both revenue and reviews. Not only was it the highest-grossing film in 1988, but it was the predominant film that bagged awards at the 61st Academy Awards and 39th Berlin International Film Festival.

With a gap of more than three decades, is “Rain Man” still significant as it was back then? So many scenes are memorable, but the card-counting scene at the blackjack table in the Vegas casino still stands out as a classic. Put a brief hold on your games in a Bitcoin casino, and see how the film could touch your heart and change your perspective in life.

The film begins with Charlie fiercely working his way to solve a business crisis in Los Angeles. He’s seen as a busy, highly driven car dealer selling expensive imported automobiles out of his pocket money. In other words, he’s frantic and discontent with resources. One day, as luck would have it, he receives word that his estranged father has died and left him a pittance that includes a classic 1949 Buick Roadmaster.

What is shocking to Charlie was that his father’s million-dollar estate has gone to an unnamed trustee. Who could it be for? That is the query that soon would lead him to one of his most unforgettable journeys. Using his amateur detective skills, he discovers that it goes to support an older brother he never knew he had, or so he thought, named Raymond.

With a plan to reverse the inheritance, Charlie visits Raymond in a home. To his surprise, he finds him to be a methodical, impressively meticulous middle-aged man with a flat voice and honest-to-God remarks.

Charlie promises to take Raymond out of the institution and instead bring him to live in California. The problem is, the latter could not fly out of fear of the airline’s recent crashes. As such, Charlie resorts to a plan that, again, would soon turn to be an adventure for the two of them. He puts Raymond in the front seat of the 1949 Buick, and they ride off on a cross-country trip, taking a short stop in Las Vegas to settle some of Charlie’s financial problems.

Charlie learns that Raymond has the ability to count and memorise hundreds of things at once, considering him as a mental calculator. As they pass the night in the city, he takes the chance of paying his $80,000 debt by winning money at blackjack by counting cards. Raymond, being the smart and detail-oriented person that he is, confronts his younger brother about using him to make a profit. The scene plays out beautifully with Raymond using his amazing talents to easily beat the game of blackjack. For many people, the skill of counting cards can be challenging, but Raymond makes it look easy.

As they arrive in Los Angeles, Charlie meets with Dr. Bruner, who offers him $250,000 to leave Raymond. Upon having moral realisations from their journey — not to mention that his imaginary friend ‘Rain Man’ was actually Raymond all along — refuses and only wishes to have a relationship with his brother.

“Rain Man” quickly became a timeless classic. It grossed over $354 million worldwide and received approval ratings from some of the world’s most prestigious critics. They praised the film’s screenplay, cinematography, and of course, the top-notch performances of the duo: Hoffman and Cruise.

The blackjack scene in particular ignited a new interest in counting cards and beating the casinos. The scene has been parodied many times in movies and with countless memes on social media. So, before you head on to your Bitcoin casino or computer games, check this classic because it’s available online.