Trending
You are at:Home»Entertainment»Movies»Movie Review: “The Ice Road” 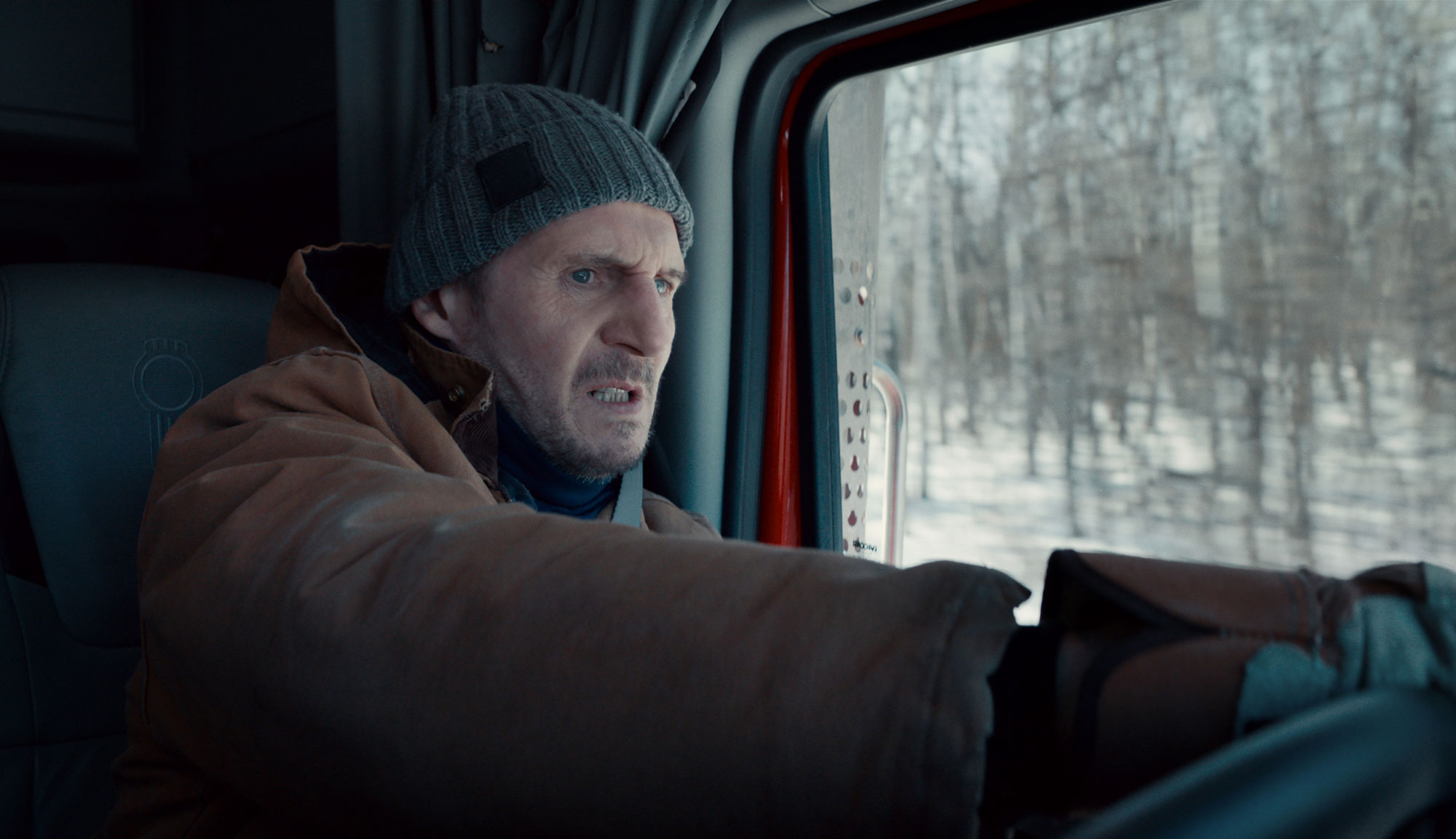 “It’s the hope that kills you,” is a well-known expression about how defeats are made that much worse when people fool themselves into thinking there was ever the possibility of a good outcome. Movies can be bad for all sorts of reasons and at varying degrees, to the point that it becomes an endurance test for the viewer. There’s certainly truth to the adage that it’s better to be a terrible film than an okay one, as audiences are more likely to remember the bad movie because at least it tried to do something and fell on its face. However, a particularly repugnant type of cinematic failure is the kind that has all the components of a five-star film and then just pisses them all away. This brings us to writer/director Jonathan Hensleigh’s “The Ice Road,” an infuriating misfire that takes a previously great story, finds an ingenious new way to approach it with a decent budget and a talented cast, and then turns it into a sodden mess of warmed-over action movie clichés, cardboard-thin characters and a complete misunderstanding of how tension, psychology or even cinema in general works.

After an explosion rocks a diamond mine in Manitoba, Canada, killing a few miners and trapping the remaining 26 in a tunnel, special equipment is needed to provide more oxygen to the workers beyond the limited amount that can only sustain them for 30 hours at most. Due to the remote nature of the mine, this equipment can only be delivered by trucks across treacherous terrain — most notably, a large body of water that’s frozen. The ice is weakening, so truck operator Goldenrod (Laurence Fishburne) seeks drivers and mechanics who are not only incredibly skilled but also willing to partake in this highly dangerous (but well-paid) project. Joining him on the mission is Mike McCann (Liam Neeson), a frustrated ice truck driver dealing with some serious family issues; Mike’s brother, Gurty (Marcus Thomas), a mechanic who returned from war with PTSD and aphasia; ace driver Tantoo (Amber Midthunder), a Cree activist with a personal stake in helping the miners; and Varnay (Benjamin Walker), a respresentative for the mining company. Because of the high probability that a disaster will take out at least one rig, the five recruits agree to haul three sets of the needed equipment to increase their chances of success.

“The Ice Road” is a rollercoaster, but not in the “fun ride” kind of way. There are peaks and valleys throughout the movie, with Hensleigh setting up a clever and compelling story before discarding it for insipid choices that rob the film of any innovation. Hensleigh sets up his characters in a broad manner that boils down to superficialities and then assembles them just like he did in his script for “Armageddon.” But then the journey gets underway, and the extent of danger that the drivers are in is made intriguingly clear. This creates a threat that can be felt but not seen, forcing “The Ice Road” to rely on character building and maintaining a constant sense of dread. Unfortunately, the film quickly veers off course into calamity with lazy betrayals, clumsy fight choreography, cartoonish bundles of dynamite and an open disregard of the “rules” of the ice road established early on.

At every turn, there’s potential for a clash of personalities, an expansion of character and relationships, external forces mirroring internal dilemmas and so forth, but instead, Hensleigh steers against the skid to create a lackluster hybrid of “Ice Road Truckers” and the Steven Seagal flick “On Deadly Ground.” It wouldn’t be fair to compare “The Ice Road” with William Friedkin’s “Sorcerer” or Henri-Georges Clouzot’s “The Wages of Fear,” although the movie makes it very hard not to think of them. Those cinematic classics are built upon extremely simple premises of getting from point A to point B under extreme conditions due to the geography and cargo. Both movies also feature characters who would only take on such a suicide mission if they had little other options, and that moral murkiness expands with the added wrinkle that if some of the team members die along the way, their shares go to the surviving drivers.

That is literally the same setup here but in a completely different environment with its own possible setbacks and dangers. Instead, the film opts for Liam Neeson punching guys in the face, a few racial slurs hurled at indigenous people and a pet mouse that bites the hand of a would-be truck-jacker. Two roads diverged in the script for “The Ice Road,” and Hensleigh took the one of lesser quality, which makes all the difference.

Taken completely on its own without the many blatant off-ramps to a far more interesting film, “The Ice Road” is still bland, with the exact same action beats repeated throughout and little reason to invest in the characters. There are a couple of good jokes, a handful of nice scenes where the truckers must navigate the perilous path and some actors who try to breathe humanity into their flat roles. The teasing of novel concepts is a detriment in the bigger picture, but at least the film has those moments to lure viewers in and wonder how it will play out. (Spoiler: The answer is always “poorly.”) It’s possible that Hensleigh wasn’t influenced by “The Wages of Fear” or “Sorcerer,” but it’s highly unlikely that they didn’t come up before production began. If no one pointed out the similarities, then they allowed “The Ice Road” to exist under the shadow of classic films. But starting with the same ingredients to produce vastly different results is what makes Friedkin and Clouzot cinematic masters as opposed to the guy who made the third-best Punisher movie.