Trending
You are at:Home»Entertainment»TV»TV Review: “Loki” 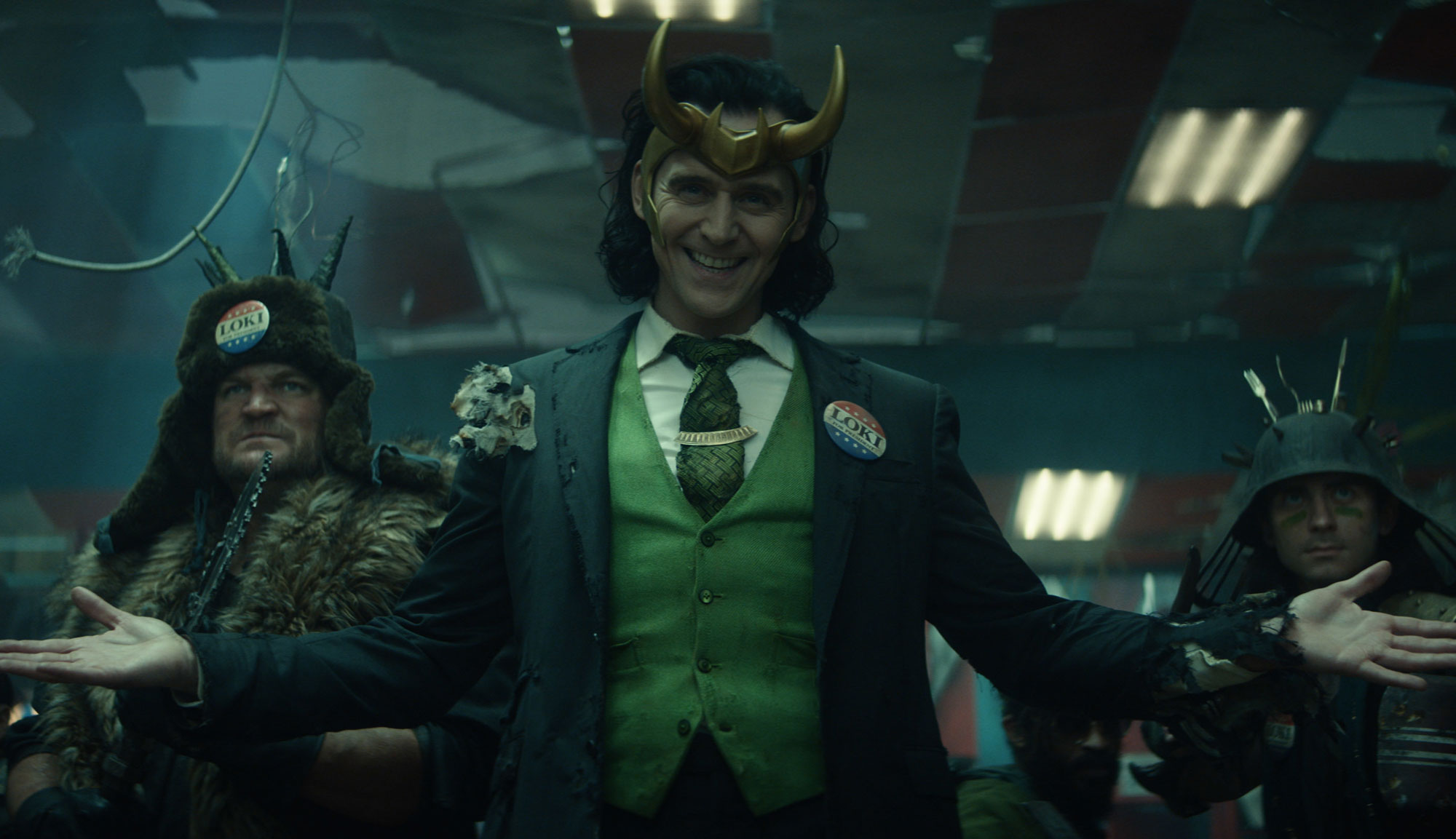 All three MCU shows, including the latest Disney+ series, “Loki,” have been focused on how the present is ultimately a clash between the past and the future. “WandaVision” literalized this with a bubble universe existing in sitcoms past while forces worked to establish the future roles of the Scarlet Witch and Vision (in Cataract form). “The Falcon and the Winter Soldier” focused on that tension via the idea of legacy, where Sam Wilson had to reconcile the plans that Steve Rogers had for him as the next Captain America alongside a history of a country too content to mistreat Black and other disenfranchised groups. “Loki” also falls into the more literal category, with the characters moving throughout the timestream and its titular antihero analyzing his previous actions to determine his next move.

This temporal warzone makes sense, as these series are essentially steppingstones between the end of one era with “Avengers: Endgame” and the beginning of the next phase of Marvel movies. The world that fans have loved for over a decade is changing, and these shows can hopefully reassure them about where it’s all going. Based on the first two episodes, “Loki” not only handles these questions the best but is easily the most accomplished of the Disney+ offerings, superbly melding the familiar with the new and weird. Though a lot of elements are telegraphed, which may be concerning since these shows have had difficulty sticking their landings, “Loki” is thus far an entertaining blending of genres, aesthetics and tones that promises to be an exciting bit of television.

The show picks up immediately following the moment in “Endgame” when Loki escapes with the Tesseract, eventually landing somewhere in Mongolia. It’s not long before he’s greeted by some sort of law enforcement group that promptly arrests him and resets everything to how it was before Loki landed in the desert. The Time Variance Authority (TVA) is responsible for ensuring that the main timeline doesn’t split into a myriad number of different possibilities. Ancient cosmic beings known as the Timekeepers created the TVA to preserve the one timeline and reduce chaos, dispatching patrols of Minutemen to hunt down and erase variants like this particular Loki, whose very existence creates a new branching timeline. But before he can be sentenced to destruction by a TVA judge (Gugu Mbatha-Raw), Agent Mobius (Owen Wilson) intercedes and asks her to allow Loki to stay and help with a particularly difficult case involving a variant who’s killing TVA agents. Loki agrees to aid his would-be executioners while plotting to not only escape but finagle a great deal of power for himself in the process.

Hiddleston’s Loki is easily one of the MCU’s biggest fan-favorite characters. His devilish charm, wit and sense of vulnerability under that “bad boy” persona immediately immured him to audiences. By this point, his sixth outing as the character, Hiddleston could easily skate by with a handful of familiar mannerisms and previous quotes. Instead, while those old rhythms are still present, the actor continues to find new layers; in this case, an inner conflict over who he truly was and who he could be. “Loki” isn’t some subdued character profile, though, as those nuances are woven into lively bits of wit and banter between Hiddleston and his co-stars.

Series director Kate Herron maintains an impressive multi-tiered tone that combines the police procedural with a bit of the “wibbly-wobbly, timey-wimey” stuff of “Doctor Who” and the hilarious juxtaposition of the amazing and mundane seen in “What We Do in the Shadows.” That’s a lot of ingredients, not to mention the various pieces of MCU lore that are thrown in, establishing a new space within a pre-existing universe and setting up repercussions for future installments in that cinematic universe. It’s a lot to undertake while keeping it all exciting and accessible for a large audience, including folks who aren’t particularly interested in quantum shenanigans.

Head writer Michael Waldron previously worked on “Rick and Morty,” which is a fair indication of the level of sci-fi tropes and comedy combining in “Loki,” albeit with different sensibilities. The TVA is right out of Terry Gilliam’s “Brazil” — an unnecessary bureaucracy complete with far too much paperwork. The look of the show is bisected between the “real world,” which looks like most MCU films and is usually some past event where the escaped variant has caused problems, and the offices of the TVA, an otherworldly DMV as created by Douglas Adams using designs from near-future technology, atompunk accoutrements and cassette futurism. The closest any show has been to this sort of aesthetic is FX’s “Legion.” Even then, this out-of-place, out-of-time environment is a unique hybrid that becomes its own character.

The set is much more visually engaging than any of the fighting or other stunts. There’s some clever work using technology to warp time for strong physical comedy and inventive avenues around combat, but when it comes to actual action, “Loki” doesn’t offer much in the way of anything impressive or exciting, which has become a bit of a trend in these Disney+ MCU shows. There is also a handful of “twists” in the first two episodes that can be foreseen pretty much from the jump, which makes their reveals (complete with dramatic music) underwhelming. The subversion present in the production design and characterization is missing within the narrative itself, which bodes ill for the overall story.

If I were to guess where the show is going, it’s likely that the Timekeepers will be undone and there will be an MCU with a true multiverse established. There are multiple reasons for this conclusion: to lead into “Dr. Strange and the Multiverse of Madness,” which was also written by Waldron; to allow an expansion of new places and threats for the MCU heroes to face, like time-traveling villain Kang (coming soon to the third “Ant-Man” movie); and lastly, to act as a bridge that would allow Tom Holland’s Peter Parker to join Venom, Morbius and others in the Sony universe via “Spider-Man: No Way Home.” This would also provide Marvel the opportunity to incorporate Deadpool and other X-Men characters into the fold.

“Loki” is the best of both worlds of the previous Disney+ series. It combines the clever and unique style of “WandaVision” (with its ponderous world expansion) with the enjoyable, character-based banter of “The Falcon and the Winter Soldier.” The actors make the most out of the absurdity of their surroundings and story, and Hiddleston finds new ground to delight viewers with his egotistical character. It’s easy to be wary of what the future will hold for the series, especially given its predecessors, but Herron and Waldron have constructed a fun premise inside an inventive world and filled it with lively characters. The pieces are all there for an excellent show, but time will tell.