Trending
You are at:Home»Vices»Drink of the Week: The Prado 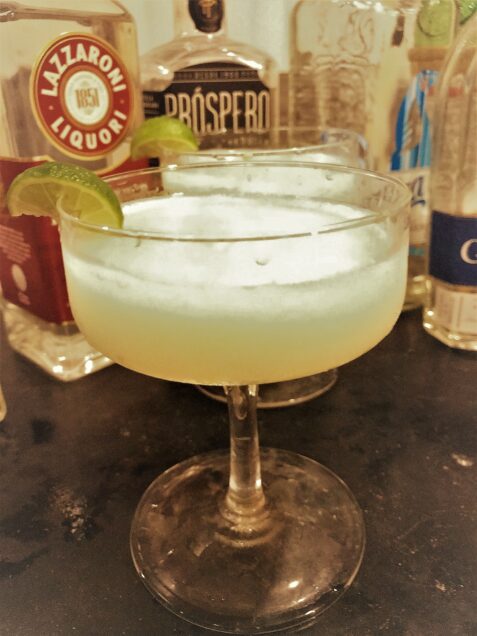 It would have been cool if the Prado was named for the great Cuban-born mambo-maestro Perez Prado – but that drink would probably call for rum. Our DOTW for today is tequila-based and was concocted in the 1970s, after the decline of mambo music’s popularity in the rock era and before its revival by aspiring lounge lizards in the early 1990s. So, no relation.

As per the Tuxedo No. 2 blog, the non-Prez Prado was revived in the 21st century and here it is. It’s probably not the inspiration for this sour’s name, but a prado is the Spanish word for meadow. It’s a nice refresher perfect for warm pre-summer weather and you could do a lot worse for Memorial Day Weekend of 2021.

Combine all of the liquid ingredients in a cocktail shaker without ice. Give it what cocktailians call a dry shake (without ice) to fully emulsify the egg white. Add lots of ice and shake again as vigorously and as long as you can stand it, and then strain it into a decent size, well-chilled cocktail glass. If you’re lucky, a nice little cap will form. (I wasn’t that lucky.)

The Prado is a very nice alternative to a margarita or a daiquiri. It boasts less potentially cloying sweetness and more body thanks to the egg white and the richness of the cherry-based maraschino liqueur. The simple recipe allows for endless tweaking in terms of proportions as well as ingredients. If you’ve got any tequila, maraschino, and limes (maybe lemons?) around there’s no reason not to give this one a spin.

Using blancos like Camarena, Sauza (heavy on the agave), and the unusually good Prospero, you can have a relatively dry version that lets the refreshing sour flavors of the lime and the slightly pungent notes of agave appear to a greater or lesser degree, while the egg white makes it all go down nice and easy. If sour flavors are what you dig the most, then stick with ½ ounce of maraschino liqueur. For those of us who like things a bit more balanced out, ¾ of an ounce might be the better way.

On the other hand, using a reposado — like my bottles from el Jimador, Corazon, and Arrette — produced a notably sweeter flavor, bringing out the mellower, more whiskey-like textures in aged tequilas. The same went for my sole añejo, Espolon. For many, using one of these older, sweeter spirits with the smaller ½ ounce amount of maraschino might represent the golden mean. I’ll admit to having a little bit of a sweet tooth, however, so I leaned slightly in the direction of going full sweet.

Speaking of sweet cherry-based maraschino liqueur, I used the last of my bottle of Maraska for one of the earlier iterations of the Prado and it was a charmer right off the bad. Once I’d killed that bottle, a trip to the liquor store was needed and I came back with a half-size 375ml bottle of Luxardo, the most widely recommended choice and the most expensive. I should have just sprung for the full-size bottle because I’ve already used nearly 1/3 of it with just this recipe. For variety ,I went with  Lazzaroni nstead of going back to Maraska as my budget alternative maraschino. As for how they all compare, I wouldn’t say that Luxardo is 33 percent better than Lazzaroni…though Luxardo is almost 1/3 more in price than its competitors…but I would say it adds a little bit of silkiness to the drink. Except for that lowered amount of silk, the Lazzaroni and Maraska versions were just about as good. On their own, I lean slightly towards the enjoyably candy-delicious and less alcoholic Lazzaroni.

Now is the time at DOTW when we mambo!