Trending
You are at:Home»Entertainment»Movies»Movie Review: “A Quiet Place Part II” 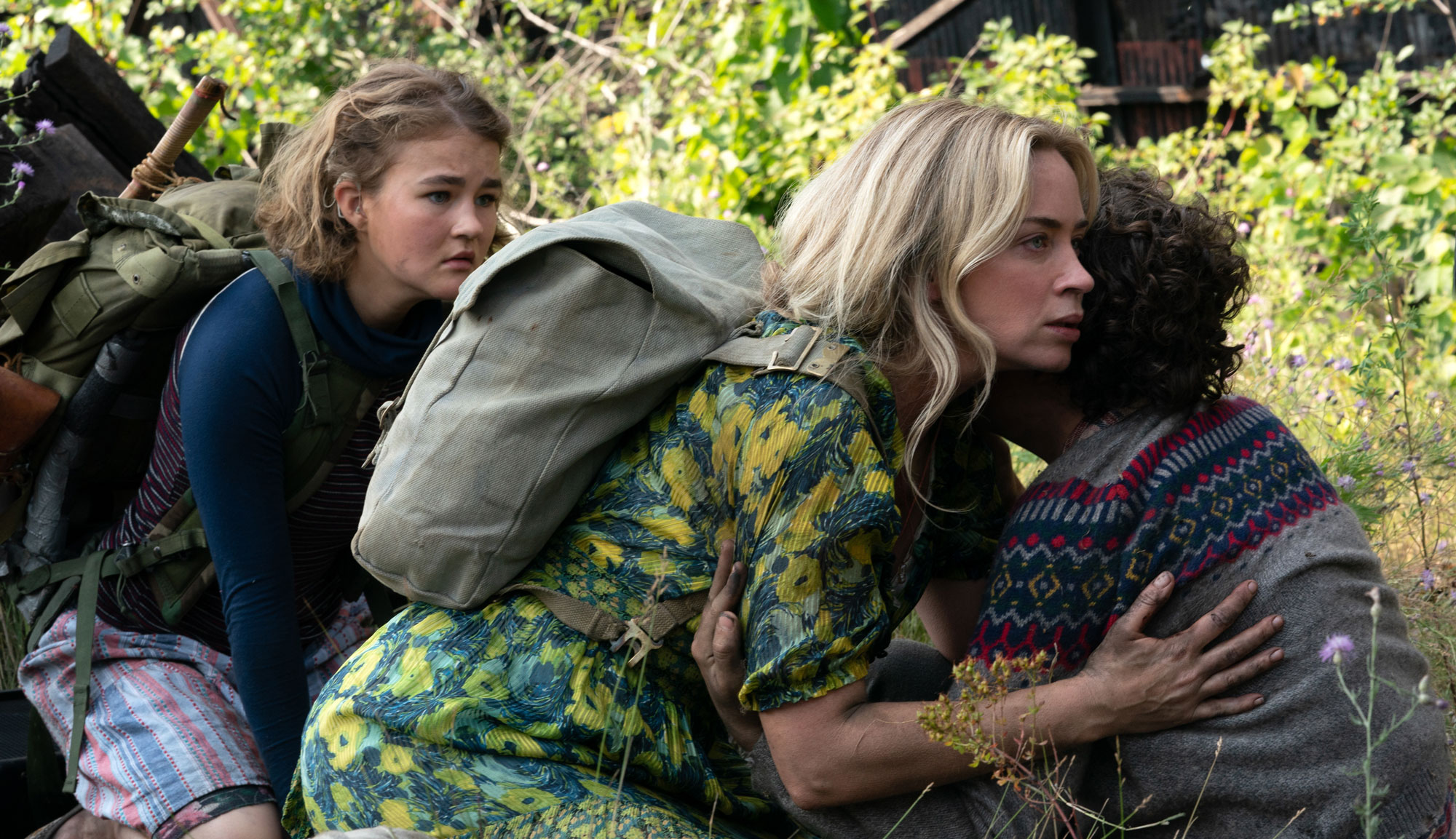 Nitpicking of entertainment has always been around, probably since the dawn of storytelling, but it seems to have gained far wider acceptance and indulgence thanks to the internet, with countless videos and clickbait dedicated to exposing plot holes. Make no mistake, large plot contrivances and jarring inconsistencies can certainly derail a movie, but if a viewer is focused on those missteps, then the filmmakers have already lost their interest anyways. 2018’s “A Quiet Place” received some of this on its release, with people poking holes in the various rules that it established, but for the most part, such minor grievances can be overlooked in favor of more engaging elements. Though “A Quiet Place Part II” has some notable narrative leaps, it’s nothing too glaring. However, due to some shoddy work in storytelling, sound and character, those nitpicks rush to the forefront upon the film’s completion and the house of cards falls apart.

After a brief flashback, the sequel picks up where the previous entry left off, with Evelyn Abbott (Emily Blunt), her daughter Regan (Millicent Simmonds), son Marcus (Noah Jupe) and newborn baby setting off from their burning farm to find a new place to live. Armed with weapons and the knowledge that a specific frequency makes the aliens vulnerable to attack, the Abbotts navigate a land infested by these creatures, eventually happening upon a seemingly abandoned factory where their old neighbor Emmett (Cillian Murphy) is hiding out. Regan believes that there’s a secret signal being sent out over the airwaves by a network of other survivors who could help spread the word of how to use the frequency against the monsters, but the aliens may be the least of their problems, as a roving band of survivors poses an equally dangerous threat.

“A Quiet Place Part II” is a fine movie, but it’s ultimately forgettable. Though it has some fairly good sequences, a couple of strong performances, serviceable imagery and a pretty pat story, it’s that total level of mediocrity (with one important exception) that essentially dooms the film. Regan is the only character who has seemingly changed at all following the first movie; she’s seeking to redeem her father’s sacrifice and is emboldened by her “secret weapon.” Marcus is suddenly a mass of anxiety who constantly acts counterintuitively while also inadvertently messing things up just for the sake of increasing the tension. Though the first movie milked the fear of making a noise as the monsters roamed nearby, the sequel attempts to revisit those same setups without adding much in the way of new wrinkles for the humans to solve or new adaptations by the monsters. It’s just more of the same.

Simmonds is exceptional as Regan, communicating an anger and defiance that is clearly meant to cover up the grief and guilt over her father’s death. She needs to be a hero to prove that it was all worth it but is still afraid in a world newly transformed into an unrecognizable, savage terrain. Blunt also excels in the thankless role of the exhausted mother. Evelyn recently gave birth, lost her husband and her home, and is caring for three children in a very tense situation. She stays strong for all those around her, but it’s clear by the stoop of her shoulders and the weariness of her words that she’s also barely hanging on. Murphy is especially great as well, walking that line between reticence to intercede and jeopardize his survival and wanting to be a good person that his family could be proud of. It’s a common role, but the actor does lots of great work showing his character’s inner turmoil to do his best knowing it’ll never be that great.

The story itself is rote, as it’s basically just a sampling of most zombie/post-apocalyptic films that feature safe havens that aren’t very safe and humans who are the true monsters. However, the marauder characters are barely explained and aren’t in the film much to truly matter. The biggest issue with “A Quiet Place Part II,” ironically, is the sound. In a film where sound is the most vital element of the storytelling — it’s the difference between life and death in most scenarios — why is so much of it covered up by a loud musical score that uses orchestral stings to spook the audience? The movie is all about the paranoia of one sound carrying further than another or what a far-off noise could mean, and yet the sound mix is not at all complicated. The noises of the monsters, the scuttling of a bottle and the breathing of the Abbotts should all come from different angles and be different volumes to create an immersive audio experience. Instead, it’s a flat, front-loaded sound design that is mostly given to Marco Beltrami’s score. It’s a fine piece of music, but it undercuts the importance and tension found in barely sustained silence or mirroring the muffled world in which the hearing-impaired Regan lives.

In the end, it’s a wasted opportunity for some real innovation from the sound department. And when combined with the overly familiar structure, the indistinctive visuals and the lack of evolution in the creature design, this average approach leads one to begin picking apart all the contrivances, unsolved questions and parts that simply don’t make sense. “A Quiet Place Part II” is a fleeting bit of entertainment that falls apart at the slightest scrutiny — a scrutiny that arises from the lack of any true emotional engagement or investment.