Trending
You are at:Home»Entertainment»Movies»Movie Review: “Spiral” 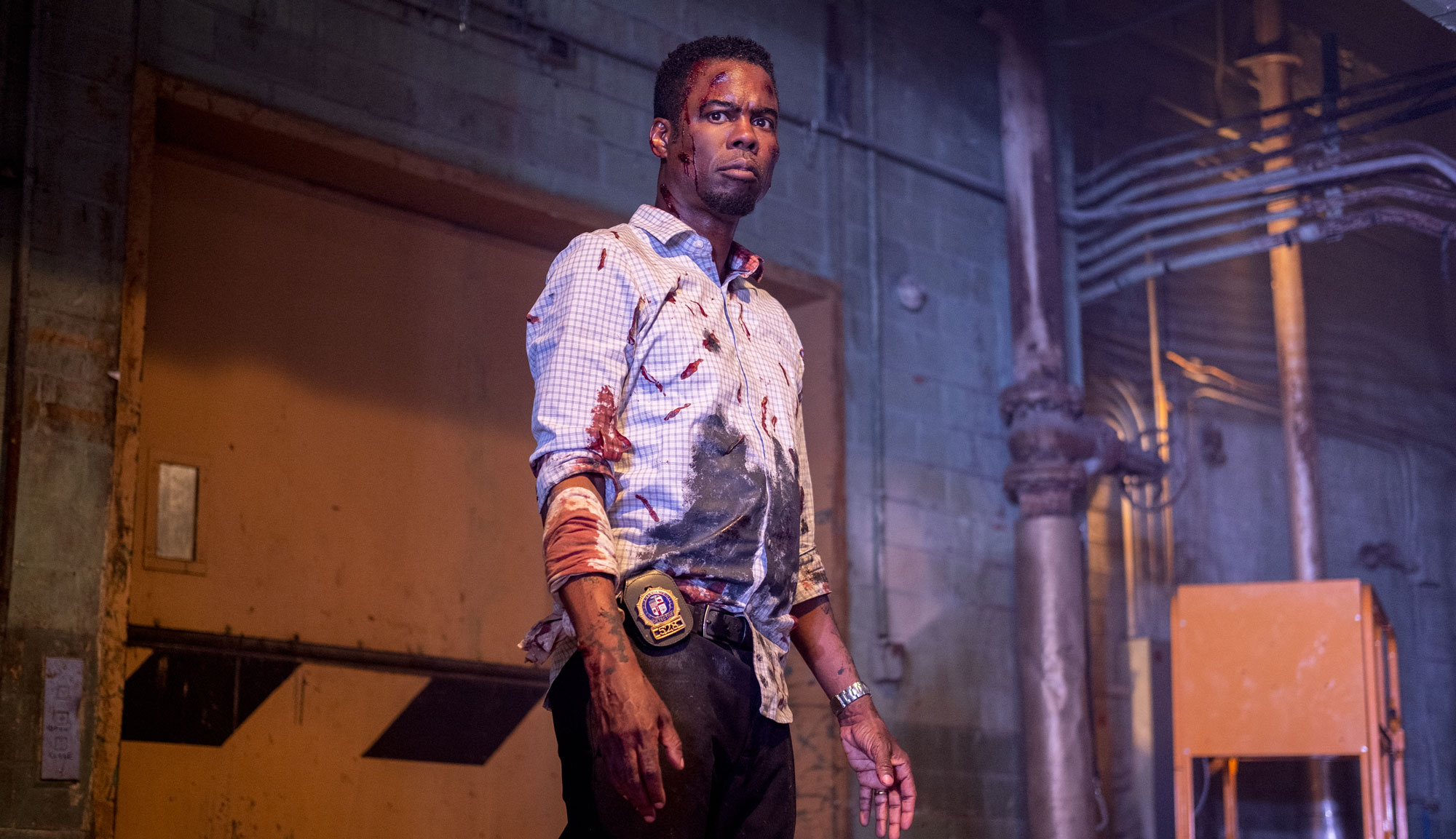 As a big fan of horror movies, I’ve come across a large swath of people who sincerely love the “Saw” franchise. They like the look of the films, the various torture set pieces, the plot machinations and some of the lore that’s built around the main villains’ moralities. While the latest entry in the franchise, “Spiral,” eschews the actual “Saw” label, it is very much in keeping with the original eight-movie horror series. There are elaborate death traps, lots of grim-talking detectives working against a ticking clock, the mysterious figure at the center of it all, a flimsy moral justification and an oddly ornate set of gimmicks and plans. For those who enjoyed the previous run, this is a very similar extension with some clever new developments that will hopefully please fans. For those who have always looked in from the outside of the fandom, however, “Spiral” falls flat due to bland characters, inert mysteries, awful dialogue, uninteresting camera work and botched attempts at profundity.

The film opens with the mutilated corpse of a police detective discovered in the subway, signaling that there’s a new Jigsaw-esque character on the scene putting cops into devices that force the captives to make awful, excruciating choices to avoid painful deaths. Detective Ezekiel Banks (Chris Rock) is on the case but faces a lot of static and resistance from the rest of the force. Not only is Ezekiel living in the shadow of his father, the former chief of police (Samuel L. Jackson), but he also has the stigma of being a rat after turning in his unlawful partner nine years prior. As the body count rises, Ezekiel teams up with police captain Angie Garze (Marisol Nichols) and rookie detective William Schenk (Max Minghella) to solve the macabre puzzles and stop the mystery killer.

Despite impressive torture sequences and accomplished gore, “Spiral” is disinterested in being seen as a horror movie, much less a “Saw” movie. Instead, the vast majority of the film is designed as a procedural thriller absent of anything that feels like a true threat. The screenplay from Josh Stolberg and Pete Goldfinger (working off a story idea by Rock) constantly insists that, outside of the mysterious masked killer, the movie takes place in a very grounded world. People have casual conversations about relationships and pop culture, technology isn’t conveniently waved away for plot purposes and proper protocols are used by the cops. This is all meant to reinforce that realism, but they’re just thin veneers that immediately break down with the slightest of questioning. Like the previous “Saw” movies, there’s an attempt to use grittiness as a way to obfuscate how ridiculously intricate and elaborate the planning would have to be for the antagonist’s sadistic plots. Luckily, it appears that at least half the city is made up of abandoned factories for the killer to construct death machines and conduct punishments away from prying eyes — another holdover from the other entries in the series.

The clearly underdeveloped world isn’t helped by a ramshackle mystery at the heart of the plot. While the motives aren’t clear, it’s easy to spot the killer very early on. Any time the audience is that far ahead of the detectives, it becomes a slog waiting for everyone to catch up. It’s like watching “Wheel of Fortune” after you solve the puzzle, then languishing as you wait for contestants to finally get what has been obvious to you since they asked for an “N” from Pat. Dirty cops being targeted by the killer isn’t new in “Saw” lore, but making them the sole prey opens the potential for the examination of current cultural topics that the movie is totally unequipped to explore.

Minghella is solid as the rookie, avoiding the pitfalls of being either too naïve or completely cocksure that he can turn his whole precinct around. Jackson, meanwhile, is barely in “Spiral,” but his brief appearance provides him with more characterization than most of the cast. Nichols’ character clearly wrestles with anger, turning it against anyone who crosses her path no matter the reason, all while trying to convince herself that she’s the good guy. However, she has nothing to do except regurgitate police captain clichés and look mildly concerned that her squad is getting slaughtered.

At the center of the film is Chris Rock, and he is bad. When scenes call on him to be the righteous hero disturbed by this madness, it translates as him squinting a lot, yelling and experiencing convenient expository flashbacks. He vacillates between unconvincingly delivering emotional lines and trying out new jokes that feel cribbed from a failed set at the local Chuckle Hut. It’s comical but not in the way it’s intended.

Director Darren Lynn Bousman has helmed three previous “Saw” entries and excels with the sequences at the heart of the franchise: the torture stuff. The ones in “Spiral” are impressively inventive after eight movies, with a strong use of practical effects and a welcomed amount of viscera. Additionally, the fact that the antagonist has copious gimmicks (like puppets, masks, riddles, devices and more) actually makes sense now that they’re more focused on specific targets, echoing an infamous figure to sow terror, cause confusion and communicate themes about police corruption. These are among the few good things about “Spiral,” but while it should be praised for trying something different within the franchise’s universe, the plot, dialogue, acting and mystery are all first draft-level stuff that needed to be revised and refined. “Spiral” isn’t the worst movie — it’s not even the worst “Saw” movie — but watching it can feel like its own form of torture at times.