Trending
You are at:Home»Vices»Drink of the Week: The Derby 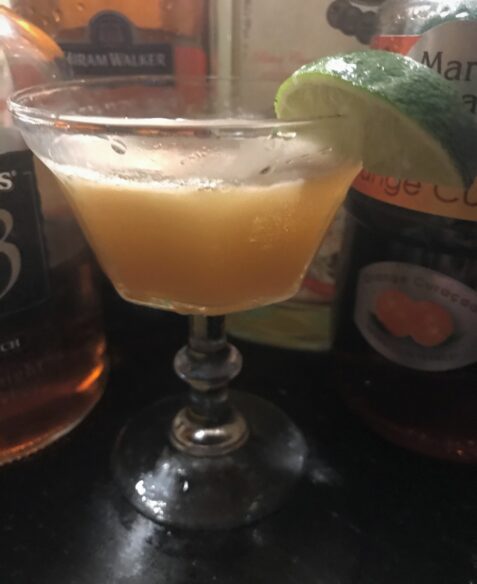 Roughly 27 hours after this post goes live, the horsies will be running the 2021 Kentucky Derby. Believe me or don’t, I had forgotten about derby day when I chose this drink. That’s what film critical studies people call “the intentional fallacy.” It was simply supposed to be that way. The Derby is a nice alternative to the traditional – and more labor-intensive – mint julep. So what if I was thinking about the hat all week?

The Derby was rescued from obscurity by Dr. Cocktail himself, Ted Haigh, who found it in a 1947 edition of a bartending guide credited to Trader Vic – who was a real person, except he was a restaurateur named Victor Bergeron. It takes a small shot of bourbon and builds it into something a bit more refreshing and a bit less American in flavor than you might think.

Combine all of the non-garnish ingredients in a cocktail shaker with lots of ice. Shake as vigorously and as long as you can manage and strain into a chilled cocktail glass. Add a lime wedge and/or a mint leaf as garnish. If you use the mint leaf you can laugh at me because I only noticed that it was a garnish option in pretty much every Derby recipe as I was writing this post!

If you spend enough money and time buying liquor, you can have endless fun trying this drink with different brands. I’ve spent more than enough money on ingredients lately myself, so I stuck with only Martini sweet vermouth. Bourbon was another story. I used Evan Williams 1783, bottled-in-bond 100 proof Old Granddad, Buffalo Trace, Old Forester 86, and Larceny, a new-to-me favorite. For orange curacaos, I used cheapo Hiram Walker, tastier and classier but reasonably priced Marie Brizard, higher-priced and worth it Pierre Ferrand Dry Curacao (very good but pretty sweet for something called “dry”). I also used Grand Marnier – which is kind of a cross between triple sec and curacao in that its alcoholic base is cognac and not a neutral spirit as with standard triple sec. It’s an outstanding choice for the Derby. Every version I made worked and had a slightly tiki/exotic edge to it almost as if there were rum in it, despite its 100% American base spirit.

I got to use up all of the limes I’d over-purchased for this drink and the sour flavor predominates but doesn’t dominate. The orange liqueur, sweet vermouth, and bourbon – the sweetest type of whiskey generally – fighting back nicely. No version that I made of this drink was less than delicious – not even the one I made with Hiram Walker and good value but sort of plain Old Forester. The formula is solid. Pierre Ferrand and Buffalo Trace was a classy choice but I leaned more in the direction of the versions I made with Marie Brizard and Grand Marnier and 1783 or Old Forester. The Derby iteration pictured above was made with GM and Larceny and it was just about ideal with some honeyed notes from that tasty bourbon expression shining through.