Trending
You are at:Home»Entertainment»TV»“The Falcon and the Winter Solider” Recap: Bold themes in a familiar story 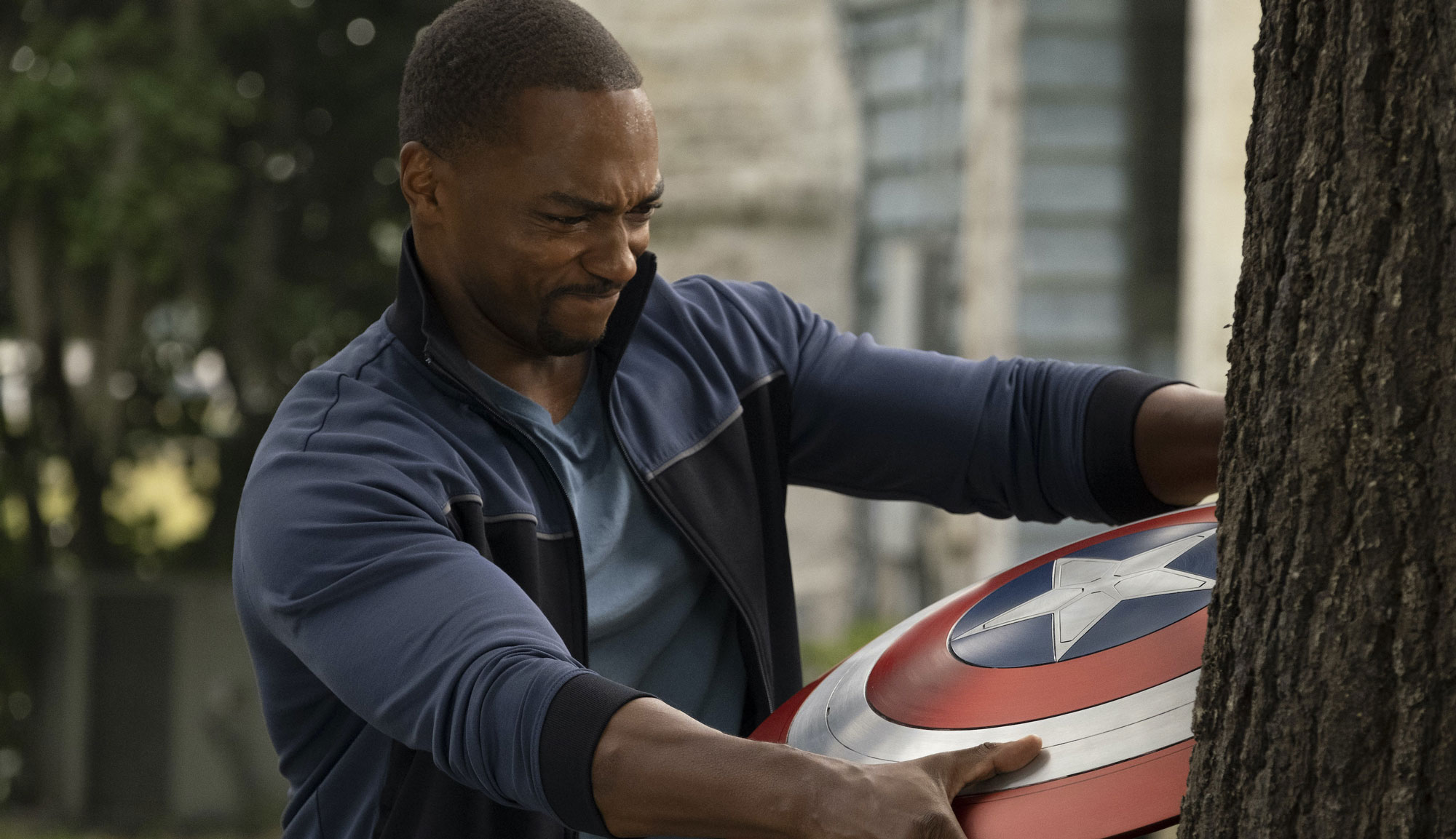 Thirteen years later, after billions of dollars at the box office and much critical acclaim, it’s easy to forget the rockiness of Phase One of the Marvel Cinematic Universe. Though it proved a solid foundation filled with talented artists that helped grow the characters and stories, most of the films were hampered by a lack of action, compelling performances, a cohesive vision, budget, pacing or some combination of each. They almost all have great final scenes — like Tony Stark declaring to the world that he’s Iron Man or Steve Rogers waking up in present day — but each is plagued by third act problems that ultimately feel underwhelming. It wasn’t until the pieces came together in “The Avengers” that the nerdy film gamble paid off and was on much firmer footing.

“The Falcon and the Winter Soldier” harkens back to those days with a more subdued swan song that favors story and character work over spectacle. But when coupled with “WandaVision,” it appears that Marvel is still trying to figure out how to transplant and tell these stories in a new format on Disney+. There’s a lot that works — the acting in both shows is incredible, the attention to detail in the production design is amazing, and there are some fun callbacks to the comics and earlier films — but they’re also hampered by similar problems, namely that they feel more like stepping stones between their big-screen counterparts. Between the two series, however, “The Falcon and the Winter Soldier” is the more entertaining and possibly more resonant one.

Anthony Mackie is called on to do a lot as the Falcon. He needs to balance the fun-loving swagger from the films, the insecurity from being in another’s shadow and the anger of a life lived in a nation rife with systemic racism without seeming like emotional whiplash. The actor, assisted by Malcolm Spellman and the other writers, delivers a rich performance where all these parts of Sam Wilson exist within one man, making it harder to find his way in the world. In the closing moments of the show, Wilson’s righteousness feels more forced in his speeches than when Chris Evans would give similar sermons, but maybe that’s the point? It was easier for Rogers to just believe the rhetoric about the American dream, whereas Wilson’s experiences as a Black man make him much more pragmatic and wary of buying into any patriotic sales pitch.

Sebastian Stan also does great work as Bucky, but a lot of it is carrying over the scowling and angst from his earlier MCU performances. That’s what makes Stan’s work in the penultimate episode and the finale shine better, as he’s allowed to smile, laugh and be sad without brooding. The chemistry between Stan and Mackie ultimately propels the show. “The Falcon and the Winter Soldier” has cool fight scenes, important discussions, impressive insights and fun jokes, but it’s the rapport between the two leads (and Daniel Brühl as Zemo) that helps navigate viewers through all the plot machinations and broader themes. The series was sold as a buddy action-comedy, but it found time and ways to invoke the Tuskegee Airmen, PTSD, definitions of the American dream and refugee crises, not to mention feature Brühl shaking his groove thing at a Madripoor party.

Despite the double billing in the title, “The Falcon and the Winter Soldier” is mostly Wilson’s journey. Each interaction that he has throughout the series — with Barnes, Zemo, Isaiah Bradley (Carl Lumbly), Sharon Carter (Emily VanCamp), John Walker (Wyatt Russell) and Karli Morgenthau (Erin Kellyman) — represents a different shade and philosophy on a spectrum of cynicism and pragmatism that should discourage Wilson from accepting the Captain America mantle. And rather than simply block his ears and defy them, Wilson listens and incorporates their views into shaping his term as Captain America.

The supporting players are a mixed bag when it comes to depth, though Brühl is terrifically compelling as Zemo; what starts as a Hannibal Lecter rip-off quickly elevates into a fascinating and layered character that eschews simple villainy by consistently making valid points on symbols and superheroes. VanCamp’s return as Sharon Carter isn’t as successful, as the character’s slim veneer of cynicism, meant as a sort of double-blind for her inevitable reveal as the Power Broker, should have been explored further. This lack of complexity renders the obvious turn in the finale neither satisfying nor interesting.

Additionally, John Walker is a very difficult character to pull off because he must do some good but can’t be so virtuous that he’s deserving of picking up the shield. The constraints of the season meant that the writers didn’t have enough time to make his dark descent more palpable or his redemption more earned, making it somewhat confounding when he appears as a good guy at the end, with Barnes and Wilson knowing the real face behind the mask that’s waiting to come out. Instead, everyone seems pretty okay with him by the credits, as he’s set to be a part of whatever machinations Julia Louis-Dreyfus’ Contessa Valentina Allegra de Fontaine has in store — possibly something involving the Thunderbolts.

Karli Morgenthau, meanwhile, is full of the passionate dedication of a revolutionary — placing the cause above all else — but she doesn’t really come off as much of a threat until the finale, resulting in the Flag Smashers to feel more like a phantom menace that could be seen as a real problem but are never dangerous enough to force the hands of our heroes.

That’s the through-line of most of the show’s characters — they are people shaped by the world in which they live, with most shaped by America itself. Bradley and Walker were valuable assets to their nations until they were seen as embarrassments and made expendable. Barnes was literally created by scientists of the greatest evil organization and is grappling with his actions as the weapon they forged. Even Morgenthau and Zemo were molded by more powerful nations encroaching their homes and lives. But at the center of it is Wilson’s experiences in the army, in the Avengers and as a Black man that allows him to see many angles of what his nation is, has been and could be. He doesn’t allow just one thing to define him, for good and ill, but combines all of it to write his own story.

“The Falcon and the Winter Soldier” was supposed to be the first MCU show on Disney+ until COVID changed those plans. It makes sense as a bridge from the films to the TV format, as it still has the same look and feel of the Marvel movies, with all the quippy banter, fight scenes and expanded universe stuff, but it’s also more focused on broader themes and characterization. Following this, the portrayal of a survivor in “WandaVision” via psychology and media literacy would have been less of a sea change and more of an extension of spotlighting dialogue and people.

While the fights were inconsistent, ranging from entertaining to underwhelming, “The Falcon and the Winter Soldier” still looks more polished and wider in scope than most other shows. Series director Kari Skogland found ways to incorporate some impressive imagery and capture the usual superhero intensity but could never compete with the elevated aesthetics of “WandaVision.” However, with Spellman and the rest of the cast and crew, she was able to turn in six entertaining episodes of an action-comedy that was willing to ask bolder questions than it was necessarily prepared to answer. While shaky at times, “The Falcon and the Winter Soldier” defied expectations in some ways more than “WandaVision” because the discussions weren’t about the rules of an imaginative oasis but instead conversations about the makeup of our own world.