Trending
You are at:Home»Lifestyle»Will Online Streaming Take Live Sports Off-Air for Good in 2021? 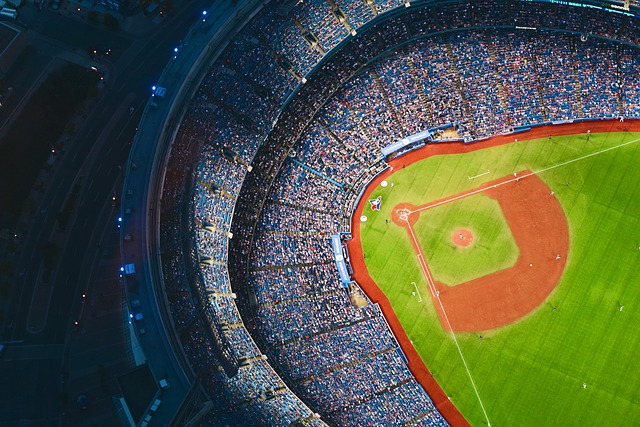 For many years, it seemed as though lives sports were going to represent a constant in our lives – despite the ever flowing river that is technological development.

While our midnight trips across town to Blockbuster were replaced by at-home rentals, and while an increasing number of shows left the linear channels in favour of the greener pastures of binge-watching sessions hosted via streaming services like Amazon Video, Netflix, and Hulu, it seemed as though live sports was fated not to abandon linear programming.

The reasons behind our thinking were as much emotional as they were practical. For one thing, linear television represented the easiest way to get everyone in the same place, at the same time. For another, the economy of advertisements seemed to ensure that linear sports programming would remain self-sustaining, for the most part. Most importantly, it seemed, wrong, somehow, to interrupt a process that had remained largely the same for decades. The sense of community ushered in by live sports programming – of millions of households across the country gathering around the TV screen to watch their teams play – was irreplaceable, so why get in the middle of it and force it to change?

Still, change took place, and now an increasing number of live sports are taking place via streaming services like Amazon Prime. For some, their bleak anticipations for the future of live sports never came to be, and they have adapted to the new way of doing things with relative ease; for others, it continues to be a bone of contention.

Whatever your personal feelings on live sports streaming, it seems as though this new way of doing things is here to stay. But can it ever take over entirely, and should we expect to say goodbye to linear programming for live sports in 2021? Read more below.

It is Part of a Wider Movement

Some things, like shopping, exclusive music events, and online poker have thrived as a result of moving online; the internet facilitates a more casual, personalised approach to enjoying some of our favourite events and pastimes in the digital realm, rather than travelling across country or committing hours of our time to pursuing them in ‘the real world’.

This is, of course, the driving force behind the move to streaming services. Rather than being tied to the timings of linear television, we can watch as much or as little as we want, whenever we want to.
Of course, the waters get a little muddy around the subject of live sport – and that is likely why so many of us did not anticipate such a decisive move online. Live sport is, by definition, tied to its own timings; whether we watch it on television, or via a streaming service, we still need to be ready at our screens for the first whistle.

Money is the Driving Force

For many of us, it is natural to attach a certain amount of sentimentality to live sports. For decades, the tradition has remained largely the same, and anything which becomes enshrouded in habit – and, of course, emotional resonance – does so for the long haul.

For those who are resistant to the move online, the trouble lies in the fact that live sports are driven by exceedingly high price tags, and represent incredibly lucrative ventures for anyone who can afford to invest. What’s more, for streaming services like Amazon, the emotional resonance fans continue to feel when it comes to live sports ensures that the return on their investment into these games will always be worth their while.

In December of 2020, for instance, Amazon showcased their first ever exclusive live stream. For fans outside of Arizona and San Francisco, the only way to view the game was via Amazon’s service – and their metrics were impressive. It is clear that Amazon, and other streaming services interested in live sports, will continue to advance on this realm wherever possible, and to secure as many exclusive rights to games as possible.

Time will tell whether or not linear television will say its final goodbye to live sports this year – or, of course, ever. We can, however, rest assured that the games themselves will retain that same emotional resonance that made them special in the first place.