Trending
You are at:Home»Entertainment»Movies»Movie Review: “Minari” 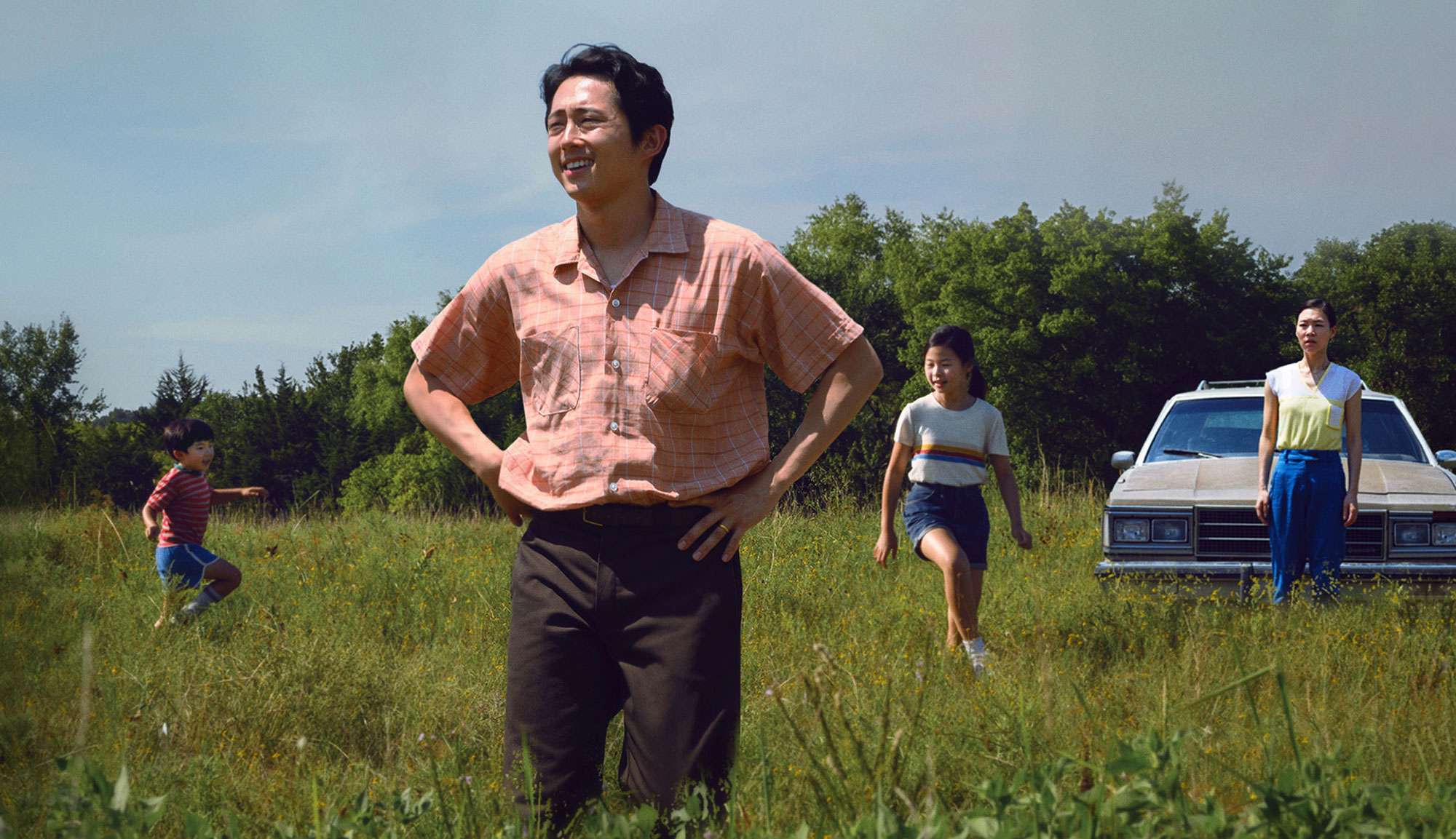 The American Dream has been the keystone of so many stories over the years. The belief that this country’s particular blend of freedom and possibility opens the door to making your own way in the world is an alluring prospect for those not born into wealth or power. It’s that dream of something bigger that captures the imagination of Jacob (Steven Yeun), the protagonist of Lee Isaac Chung’s new film “Minari,” who uproots his family from their life in California for an opportunity to gain some notoriety by building a farm that grows traditional Korean vegetables.

His wife, Monica (Yeri Han), is less than impressed by the spartan trailer they now call their home, preferring their previous accommodations, but Jacob sees gold in the soil, and nothing will convince him otherwise. Until the farm yields crops, Jacob and Monica make ends meet at a local chicken factory, separating the chicks by sex so that the females can be raised for their meat and eggs, and the males can be discarded. Their children, Anne (Noel Cho) and David (Alan Kim), generally enjoy the wide-open spaces they now find themselves in, though David has a congenital heart defect that further increases the stress on his parents. Overwhelmed by all the change, Monica seeks to create some normalcy in their lives by inviting her mother, Soonja (Youn Yuh-jung), to stay with them.

As much as Jacob wants to succeed on his own merits, he finds some help in the form of Paul (Will Patton), an extraordinarily odd and extremely religious man prone to speaking in tongues and often seen carrying a giant wooden cross on Sundays. But while Jacob’s work doubtlessly matters to him, he clearly considers it paramount over even the comfort and wellbeing of his own family. And thus, the central tension of “Minari” is established, as Jacob and Monica battle for the souls of their loved ones.

The film, written and directed by Chung, has some undeniable autobiographical leanings, as he did indeed grow up on a farm in rural Arkansas in the 1980s, as Jacob’s family does here. It is presumably no coincidence, then, that much of the film is experienced through the eyes of young David and his older sister. Their perception of their parents’ fights and their relationship with Soonja color the whole tale, giving us an understanding of what Monica is fighting for to keep her family together and what Jacob is forsaking for his farm.

Yeun is excellent in the lead role, continuing to grow and expand his influence in Korean cinema two years after “Burning.” Your average pop culture fan who may only know him from “The Walking Dead” might not expect the delicate shades of meaning and emotion that he brings to the table here. Jacob is a complicated character — the sort who would give up anything to make his dream come true, no matter who he might hurt along the journey. But his work is only as strong as his collaborators in this case, and each plays a key role in establishing the stakes, such as they are.

Youn Yuh-jung has received the most plaudits among critics groups, and her work is certainly worthy, striking a balance between the culture clash with her American-raised grandkids and an almost youthful exuberance that they tend to bring out of her the more she spends time with them. She also has the flashiest turn, with a major change to the character in the third act that tests her acting skill. And yet, despite not being the highest profile, Yeri Han might be the secret MVP of the film. She has the harder task — that of the disappointed and neglected spouse who so many often decry as shrewish in her attempts to hold back the more ambitious of the pair. But there’s a passion and conviction to her approach, and it makes all the difference.

The promise of the American Dream can be a poisoned chalice, and that is certainly the case in “Minari.” The desire to be a self-made man, something more than just a “chicken sexer,” is enough to drive Jacob to make all sorts of unilateral decisions regardless of the desires of his wife and children. But this isn’t some operatic melodrama despite the tension in their little trailer in Arkansas; Chung is made of far more nuanced stuff. The beauty of “Minari” lies in the care with which it treats life, the way the kids get their grandmother hooked on Mountain Dew or the way the local kids display that quizzical sort of innocent racism that comes with seeing a Korean child for the first time. It’s an astonishingly lived-in film — one that can only come from real experience and buoyed by stellar performances from the three adult leads, all bringing different skills to the table with exacting precision. It boasts that same sort of gorgeous, long take-laden cinematography that became a staple of Terrence Malick films, making the farm look like the sort of paradise that Jacob imagines it to be.

“Minari” is the kind of film that sticks with you — not because it’s shocking or memorable in the way that it tells its story, but because of the quality and the relatability of the story it tells. Coming into the release of this film, Lee Isaac Chung wasn’t exactly a known name to your average moviegoer, but “Minari” is quite the coming out party and proof that he will have much to offer to the medium in the coming years.