Trending
You are at:Home»Entertainment»Movies»Movie Review: “Judas and the Black Messiah” 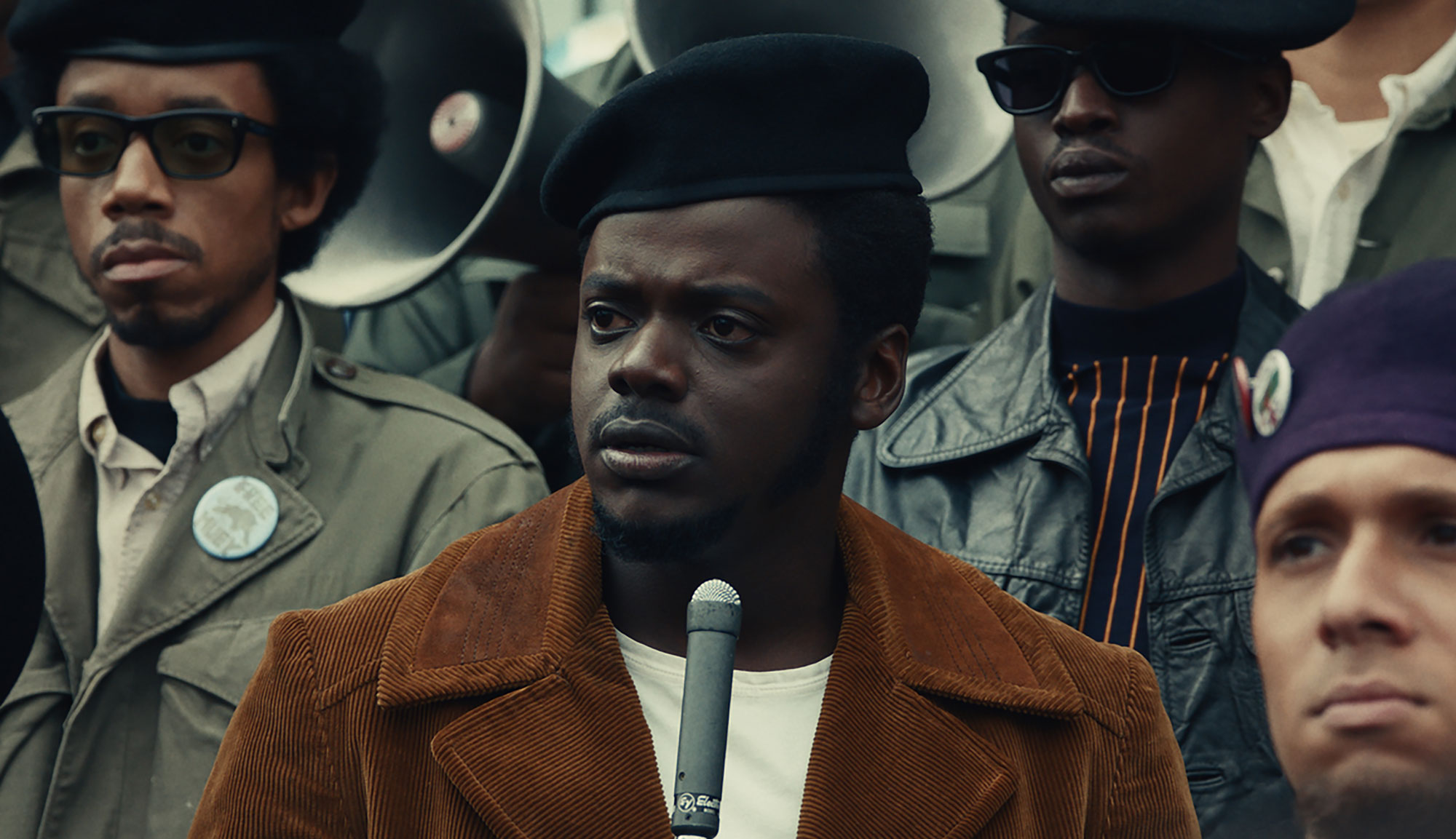 There is a moment in 2018’s “Widows” in which Daniel Kaluuya, playing a lieutenant in a criminal enterprise, confronts one of his underlings who has messed up. The sequence bristles with intensity as the actor barely says a word, instead staring down his subordinate in the menacing yet curious way that a predator regards its captive prey. Kaluuya is an astounding talent capable of communicating a wide range of emotions and character, and he delivers yet another strong performance as Fred Hampton, former chairman of the Illinois chapter of the Black Panther Party and the subject of Shaka King’s “Judas and the Black Messiah.” But while the movie boasts some excellent work from its cast, it manages to transform a powerful, historic tale rife with dramatic potential into a fairly rote and shallow portrayal.

In 1967 Chicago, a cultural war for equity and empowerment is waging between civil rights activists and the old white establishment. Following the assassinations of Martin Luther King Jr. and Malcolm X, the movement finds itself at a crossroads, with the U.S. government treating these efforts for equality as threats to the nation itself. Hampton (Kaluuya) is an inspiring leader who ignites passion in the souls of those around him. He directs the Panthers to help their communities, fight for justice, challenge capitalism and stand firm against oppressive policies and regimes. But when petty thief Bill O’Neal (LaKeith Stanfield) finds himself in trouble with the law, he’s conscripted by an FBI agent (Jesse Plemons) to infiltrate Hampton’s inner circle, inform on the firebrand and help the U.S. government stamp out attempts at reform or revolution by any means necessary.

“Judas and the Black Messiah” is an excellent story for those unfamiliar with this moment in history. Viewers unaware of the U.S. government’s counterintelligence program, which sowed discord amongst those who wished to change society and promote equity, may be shocked to see the extent to which law agencies go to undermine even the most righteous of causes. Furthermore, in a country where civil rights comprise essentially one chapter of a textbook, it’s highly likely that perceptions of the Black Panthers have been tainted through propaganda for over 50 years. For those audiences, “Judas and the Black Messiah” is a very important film to watch and will hopefully begin a new line of education in stories rarely told in mainstream spaces.

For those who are familiar with this story, King’s movie often feels like a pulled punch. Though he gets some impressive performances from his actors, especially Kaluuya, Plemons and Dominque Fishback (as Deborah Johnson, Hampton’s partner and mother of his child), the problem lies in the film’s title. The term “black messiah” is invoked at the start of the movie by J. Edgar Hoover (Martin Sheen), who warns his agents that they don’t want someone to come along and upend the social order. This sets up the obvious analog of Hampton and O’Neal with Jesus and Judas Iscariot — a fact that King beats home far too often and with too heavy a hand.

One of the movie’s big flaws is that Hampton has no flaws. This is a man who is always “on,” strong in his convictions and willing to lay down his life for a greater good while being the best neighbor, friend, mentor and lover possible. This is fairly typical of a lot of tales about Jesus, but very few of those stories are dramatically stirring when compared to the more complicated approaches found in “The Last Temptation of Christ” or even “Jesus Christ Superstar.” This isn’t to say that Hampton wasn’t a great person, but everyone is imperfect in some way. There is precisely one scene where his chosen path of revolution somewhat clashes with a competing desire to be a father, but otherwise, he’s always determined and inspirational, and that lack of moral uncertainty or any sort of character flaw distances him from the audience.

Meanwhile, on the other side of the biblical coin, O’Neal is a cypher who doesn’t show many redeeming qualities. He’s a venal opportunist who’s constantly seeking to save himself before others and is more afraid of the Black Panthers than he is sympathetic to their causes. Stanfield delivers a strong performance, but it’s hampered by a script that doesn’t extend his character much sympathy. It makes it hard to be truly invested when the choice is between an outright saint and a weaselly traitor.

This setback is a hindrance since “Judas and the Black Messiah” is essentially built around the disparity of the two men. Luckily, King brings a lot of other positive elements to the film, including the integration of some historical footage, which underscores the fact that this tale may be unfamiliar to some but is still a truthful account. With “Judas and the Black Messiah,” King has crafted a movie that serves as a vital chapter in American history — a snapshot of a moment in time that continues to echo well into the present. Nevertheless, while the film contains stirring moments of hard-won victories and inevitable tragedies, oversimplifying historical figures rarely makes for gripping drama that resonates.