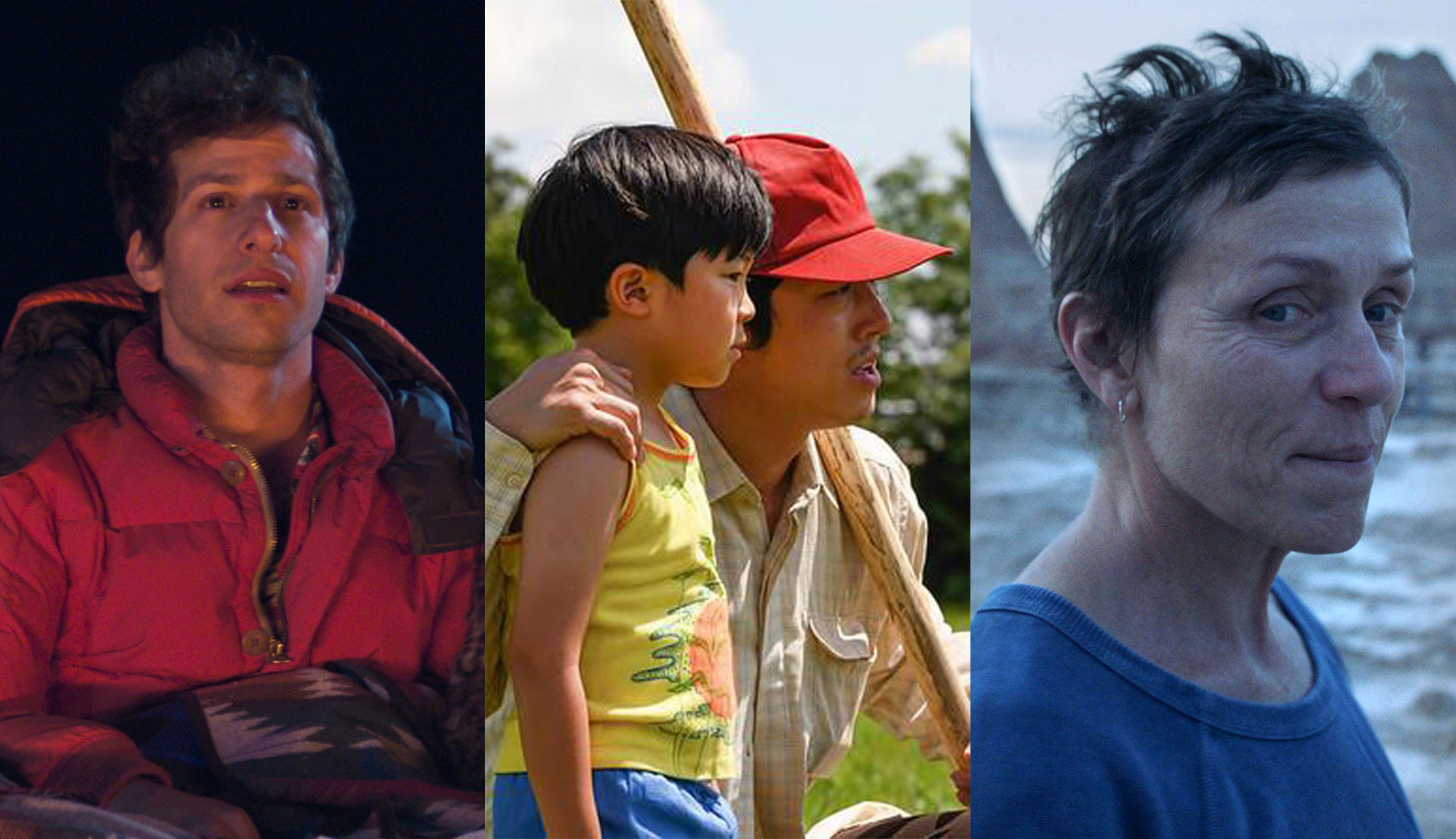 Every year-end film roundup will likely comment on how odd 2020 was for movies. The pandemic forced a lot of changes in the world of cinema, with drastically reduced film festivals, shifting dates, closed movie theaters and more. But how do titles fare when there’s a smaller pool from which to judge? Did watching them on VOD or away from others affect how certain movies played for audiences? Did any of these films benefit from being told while 2020’s pressing stories and issues were occurring? And will they be less resonant as time moves on or will they improve as they’re distanced from this tumultuous year?

These are questions that always play into evaluating such things, but with the historic nature of 2020, these factors are more pronounced and introduce a lot of new variables. Still, even with possible caveats attached, the following 20 movies are great for a wide variety of reasons and should be sought out.

Directors Bill Ross IV and Turner Ross capture a meandering and impactful study of a small Las Vegas bar on its final night. Most of the film is slow and scattered, going off on odd tangents that follow a particular patron or boozy story that ultimately leads nowhere. Yet that’s a large part of the charm of this documentary, which feels like “Slacker” set in a bar that you’d find in a Charles Bukowski poem. “Bloody Nose, Empty Pockets” mirrors those heralded parties and reckless, liquor-flecked nights that start with a bold energy and inevitably wind down into a muffled whimper. Audiences get a glimpse into the lives of the bar’s denizens — sometimes spoken outright and other times through inference — and find people trying their best. They switch off between baring their scars for all to see and covering them up with false confidence and bravado. As one patron says, “When no one else wants your ass, you come here.” 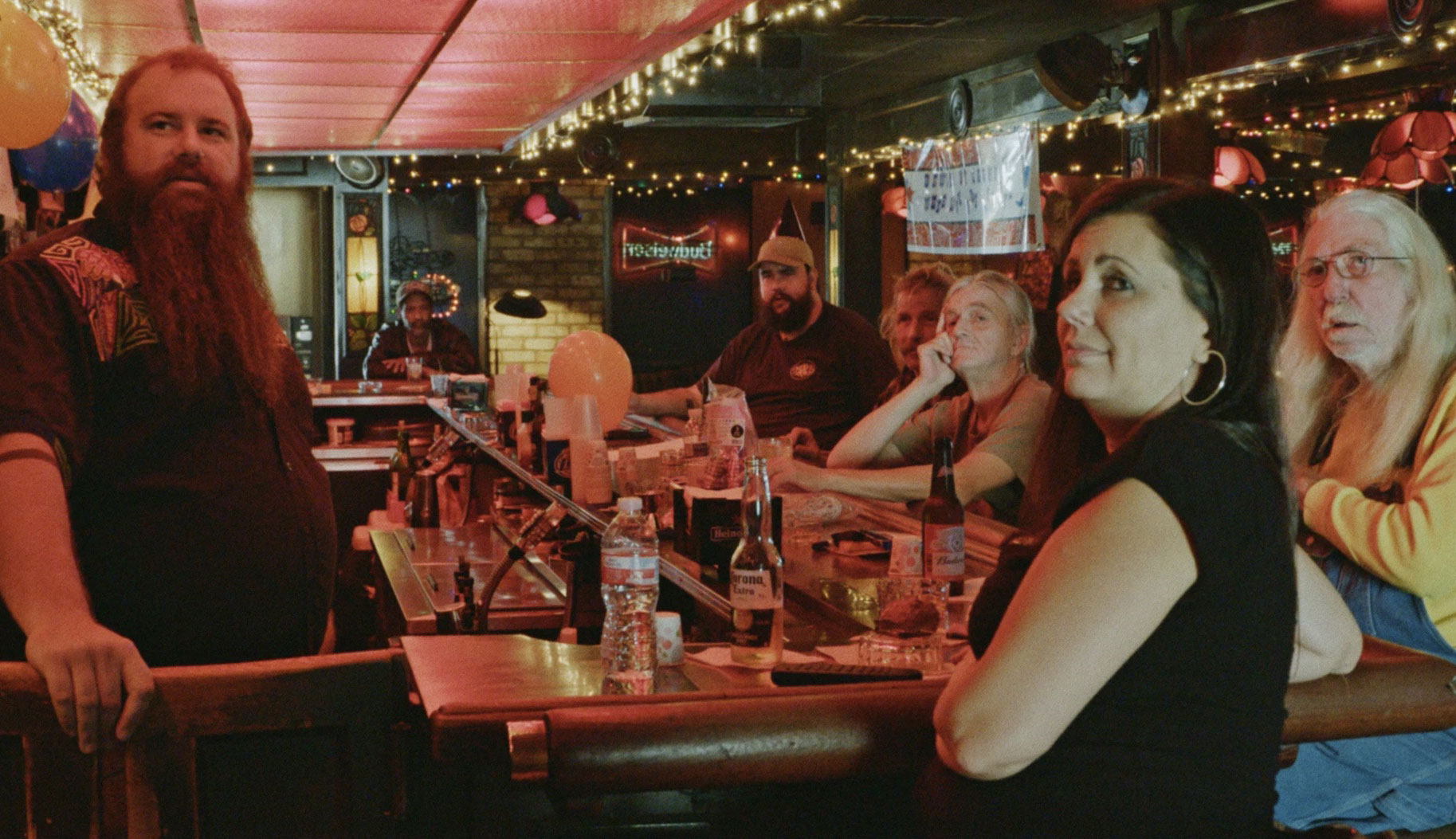 This film sounds like a boring Movie of the Week, but writer/director Darius Marder turns the ironic poignancy of a metal drummer losing his hearing into a genuinely moving meditation on the parts of life we take for granted. “Sound of Metal” constantly veers away from the easy tropes and expected pitfalls of similar sounding “insight through tragedy” movies. There are flirtations with those elements, but they always end up leading into a surprising direction or undercut by something unexpected. Riz Ahmed is incredible in the lead role, while Olivia Cooke and Paul Raci deliver excellent supporting turns, together making this tale of addiction and heartbreak feel more human. The brilliant sound mixing enhances the viewing as well, mirroring the disarming power of the protagonist’s sudden life development in a way that feels truly immersive. 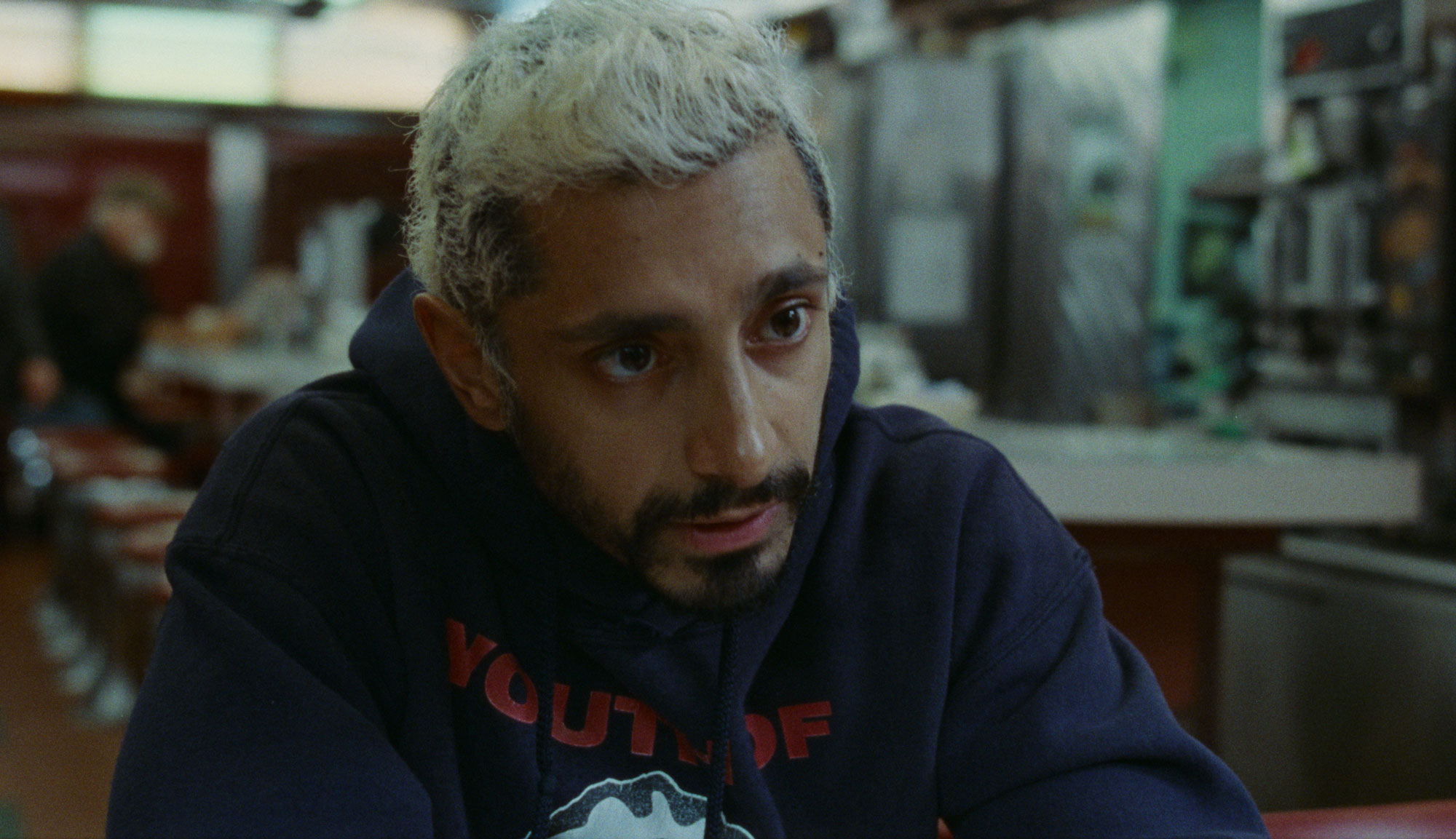 When the novel “NOS4A2” came out, author Joe Hill said that it was his version of a Stephen King book in terms of tone and style — a comment that comes with curious layers given that King is Hill’s father. Similarly, “Possessor” feels like Brandon Cronenberg’s attempt at a David Cronenberg film; themes of body horror, identity, intrigue, domestic imbalances and more are used throughout the movie along with apparatus and imagery that deliberately invoke his father’s work. The younger Cronenberg’s sophomore effort is even more of a dive into his father’s work than “Antiviral,” which already had a lot of shared DNA, but it brings a new sense of style and visual flair that immerses viewers into a bizarre phantasmagoric world of hijacking bodies, assassinations and corporate espionage. Chilling and engrossing, “Possessor” shares aspects with other titles but still emerges as an utterly unique movie in its own right. 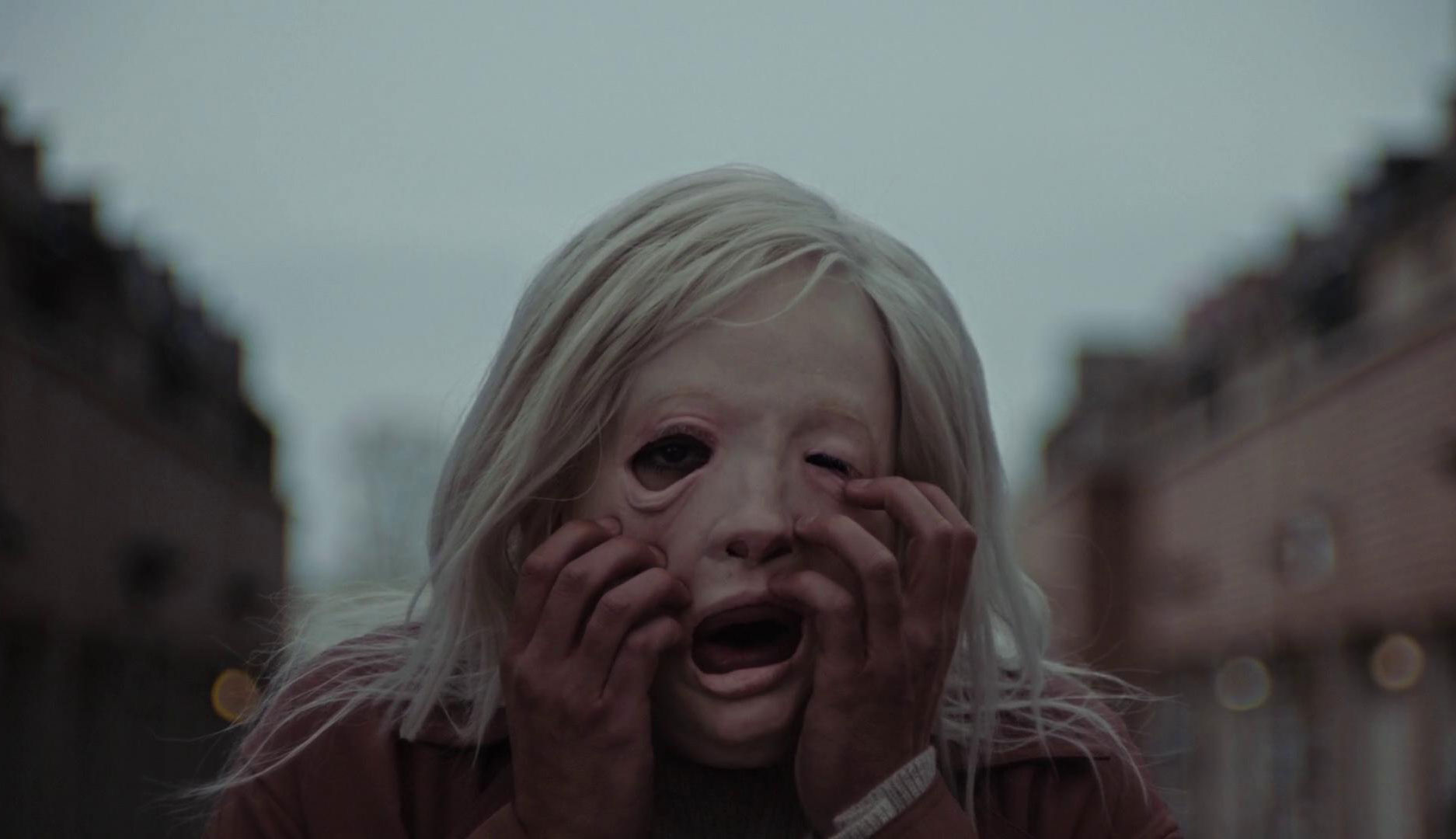 Even though it’s not at the top of my list, “We Are Little Zombies” is the film that I would most encourage people to seek out. It’s an idiosyncratic look at loss, youth, pop culture, artistry and dreams told in a fascinating and wholly inventive manner. It’s also a movie that not many people have seen and not enough people are talking about. Writer/director Makoto Nagahisa’s “We Are Little Zombies” is a brilliant piece of filmmaking that constantly switches up subject matter, tone and palette while still remaining a larger piece that meditates on how we live in the shadow of death. There are gorgeous sequences, hilarious moments and bizarrely original scenes, sometimes all at once, and it never feels discombobulated but instead like swatches in a storytelling quilt. 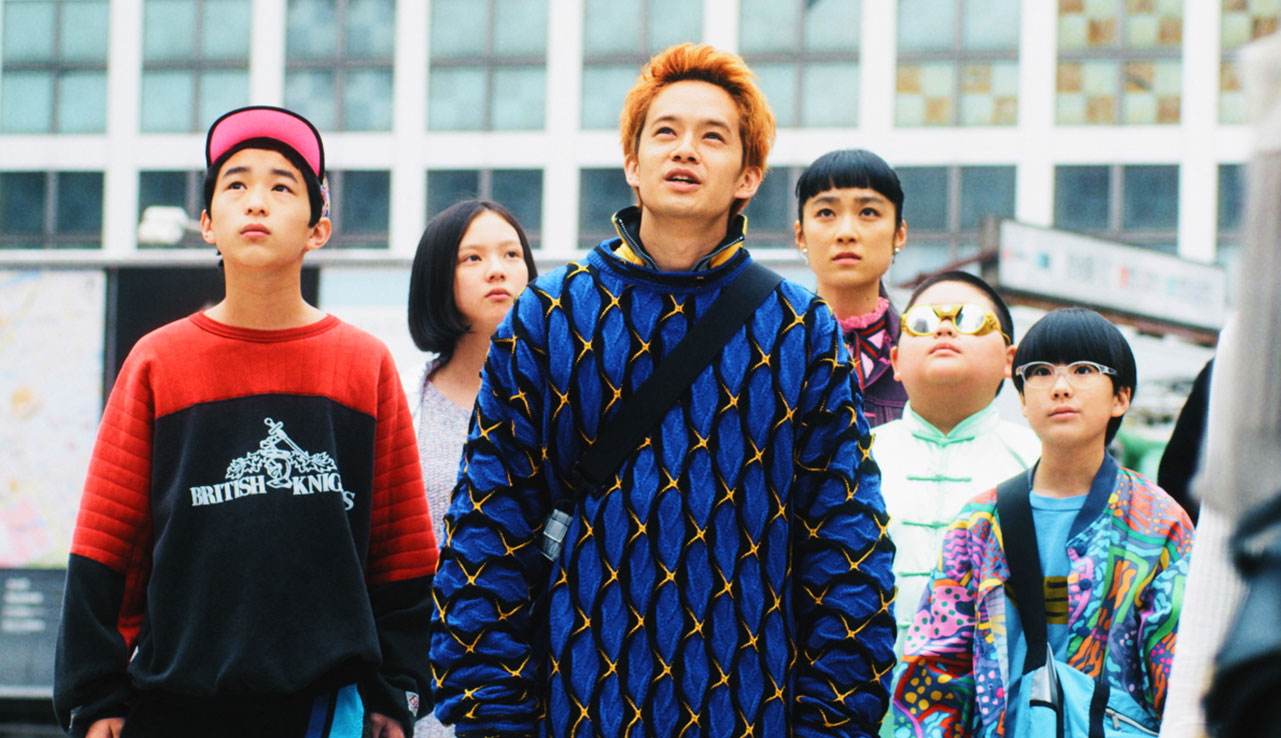 Put bluntly, “Bacurau” should not work as a film, and it certainly shouldn’t be as good as it is given all the tropes, topics and genres that collide over the course of its 131-minute runtime. From examining the emerging divisions in nations with disparate politics, to celebrating the customs and norms of an isolated culture, to having the terrifying threat of modernity come barreling into a quaint town, the movie has a lot to juggle. Yet writers/directors Juliano Dornelles and Kleber Mendonça Filho pull it off with aplomb and deliver a movie that effortlessly moves from odd to profound to hilarious to exciting to grotesque. Everything in “Bacurau” feels remarkably lived-in — like every person and place existed long before the cameras started rolling and will still be there long after the credits have faded to black. 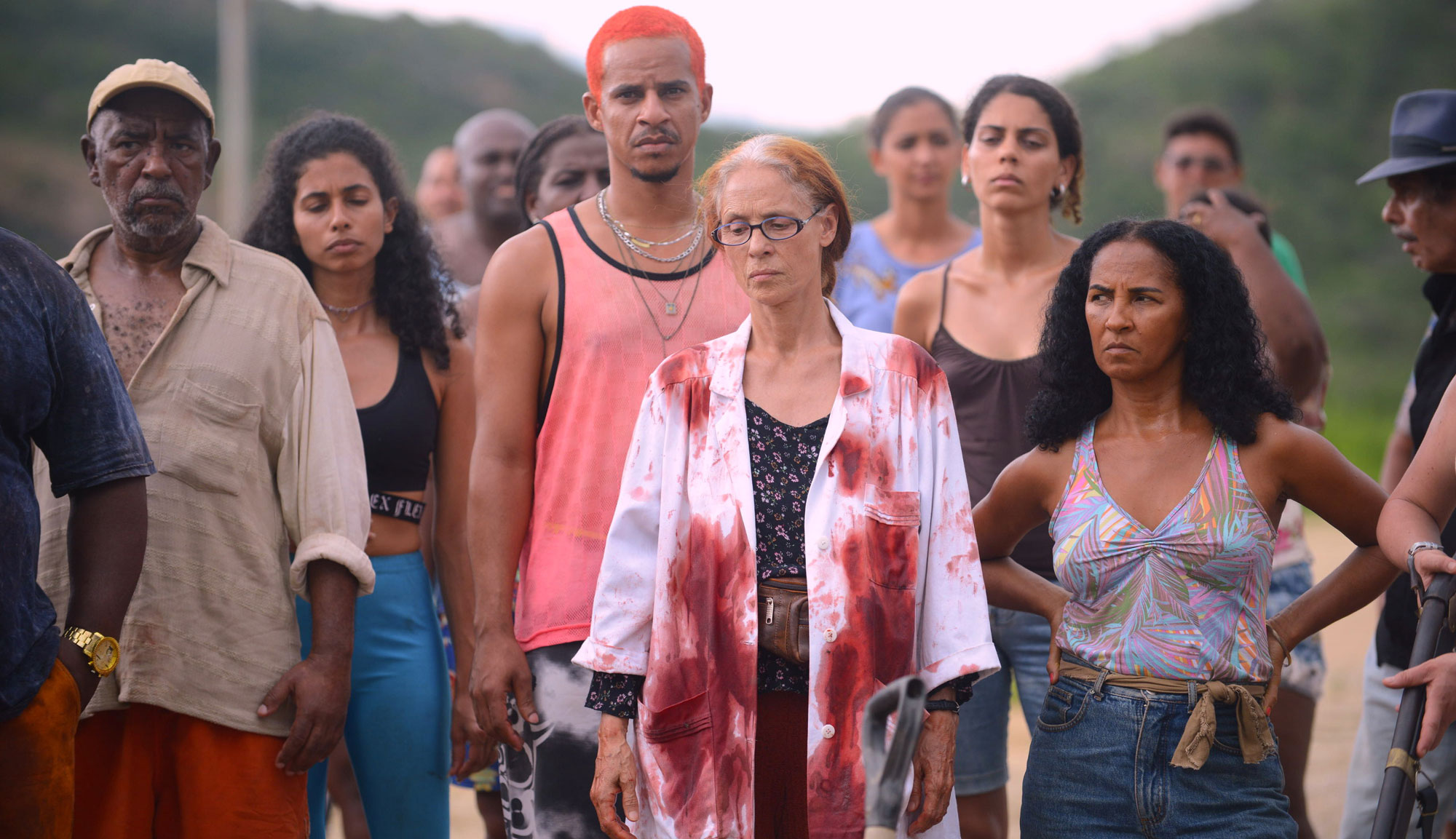 Writer/director Lee Isaac Chung’s semi-autobiographical tale is both incredibly specific to circumstances in his life while also being fairly universal in terms of family dynamics and experiences. Most viewers won’t find a lot in common with this tale of Korean immigrants who have moved to Arkansas to be farmers, but they’re likely familiar with the broader story elements of a dream consuming someone, intergenerational squabbling and a marriage that seems increasingly precarious. Those dynamics lead to touching moments where the Yi clan find strength in each other, harrowing times when they seem set on mutually assured destruction, and the lighter moments that feel like in-jokes that have grown with the family’s own story. Steven Yeun walks the line between dreamer and desperation in his portrayal of the patriarch who wants something better for his family even if it costs him sharing it with them. Yeri Han, Youn Yuh-Jung, Alan S. Kim and Noel Cho (filling out the rest of the family) are all solid and believable in their roles as strangers in a strange land who have no idea what will happen next. Even though it doesn’t fully delve into each character’s life, the movie succeeds in showing the audience enough to understand that these glimpses are just the tip of the iceberg as each character charts their own uncertain course. 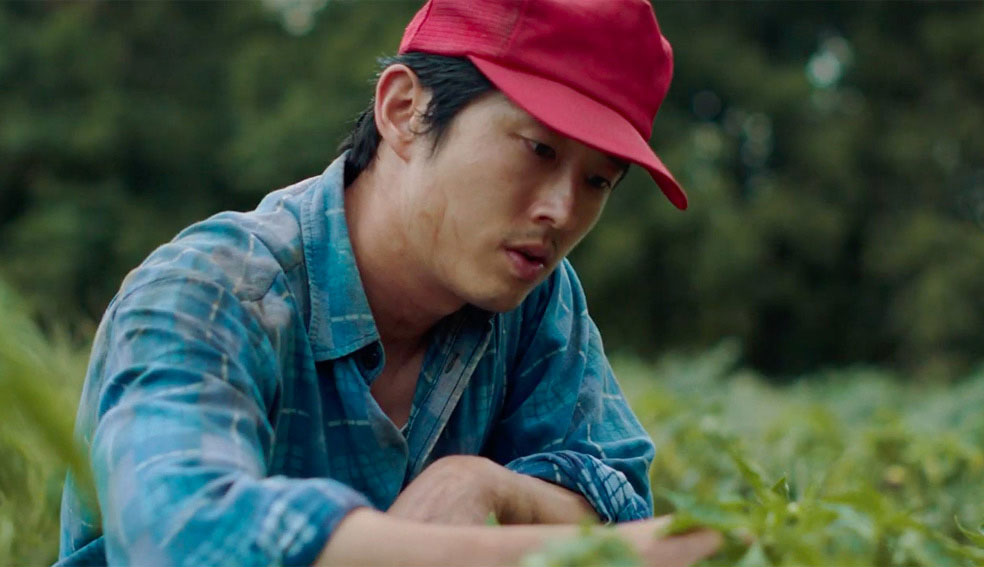 The past few years have seen an increasing number of projects that utilize the time loop trope in which a person has to repeat the same day over and over. “Happy Death Day,” “Russian Doll,” “Koko-Di, Koko-Da” and many others explore this Nietzschean idea of the eternal recurrence, usually by splicing another genre into the sci-fi premise. It’s possible that this time loop boom is due to people feeling like every day is the same. Or maybe it’s because we see a way that we could’ve been better or that someone else could improve. Whatever the reason, there have been multiple versions of this story told, but few have been done as well as “Palm Springs.” Director Max Barbakow, working from a script by Andy Siara, delivers a beautiful romantic comedy that never feels saccharine or safe. What should be an otherwise predictable movie with its genre formula and constantly repeating day ends up being surprising in the best of ways, fueled by fantastic performances by Cristin Milioti, Andy Samberg and J.K. Simmons. It’s riotous and weird but still sweet and comforting. “Palm Springs” will most likely be a film that many people discover — and return to endlessly — in the future. 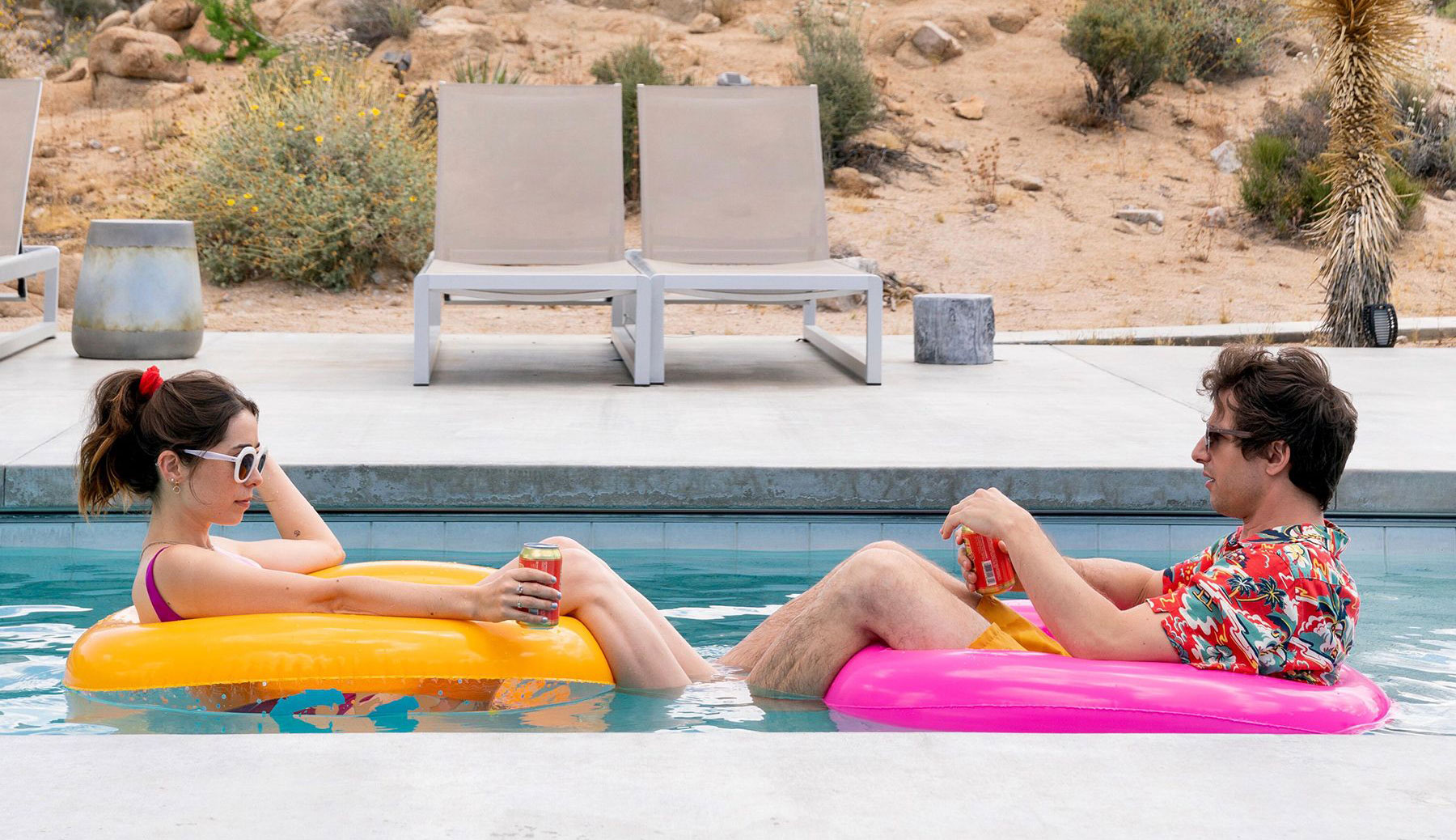 I have no idea about the level of veracity of this documentary from David Darg and Price James, and it doesn’t matter. There’s a lot that appears factual and honest in “You Cannot Kill David Arquette” as it charts the actor’s return to pro wrestling and his attempts to be taken seriously. However, in the spirit of the world it examines, the whole story could be “kayfabe.” The pain that Arquette and his wife go through is certainly real, but the way that the story unfolds and events occur could all be a well-scripted, perfectly edited underdog story of redemption. If it’s all true, then it’s a fascinating and affecting tale of seeking acceptance and some form of worthiness after a lifetime of messing up and feeling discarded. If it’s a gimmick, then it’s in keeping with the pro wrestling spirit, conjuring up an effective legend that most wrestlers can only dream of sculpting. The level of guile doesn’t matter because it remains very entertaining and revealing throughout in ways that few other documentaries are. 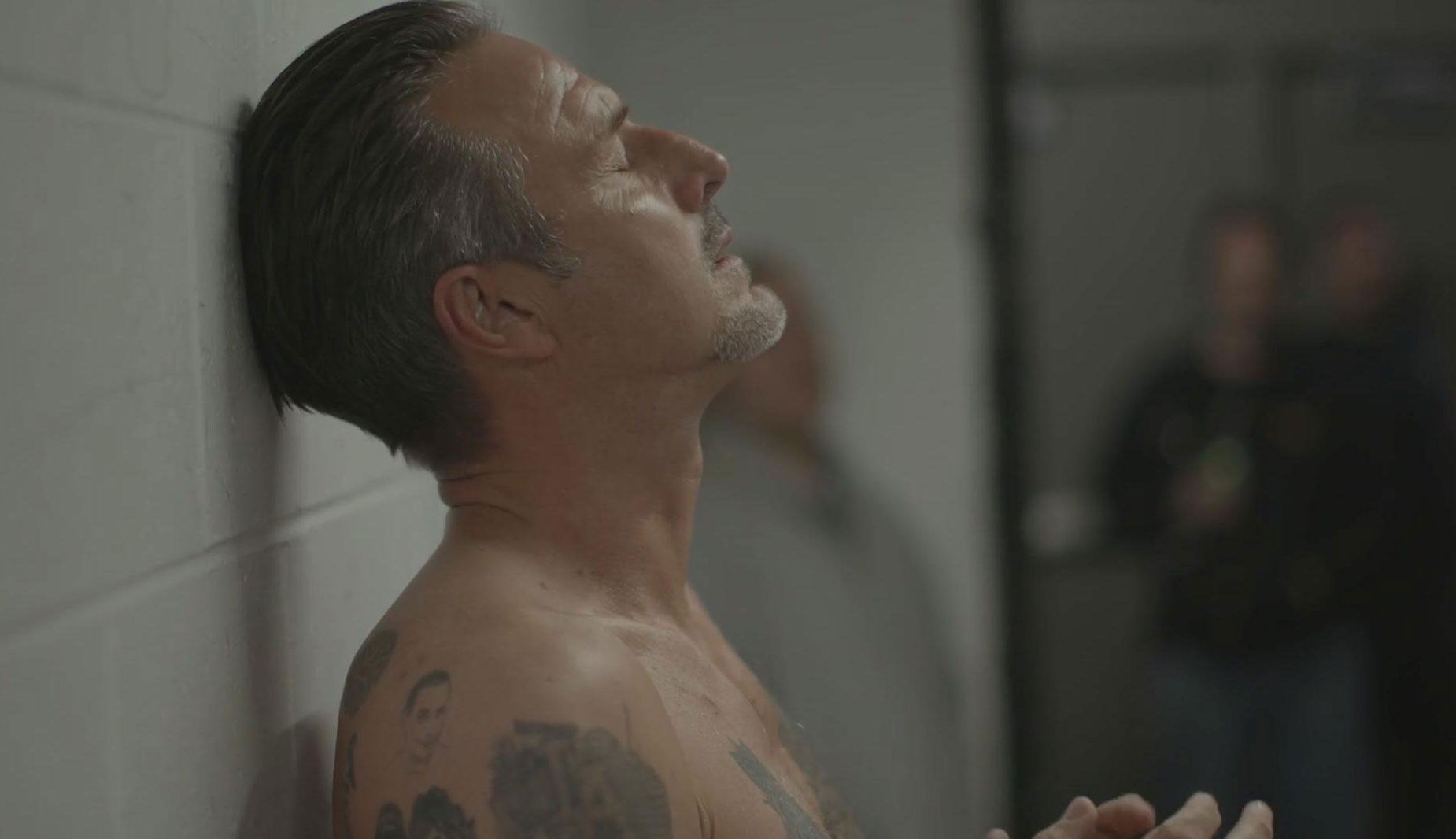 With “Nomadland,” Chloé Zhao has expertly made a celebration of the pioneering spirit as well as an elegy for a frontier that may have never existed. “Nomadland” is a fictional narrative that brings truth to its story by using non-professional actors playing themselves and shooting on location. It’s a gorgeous film that enlarges and breaks the heart in alternating scenes, and it’s anchored by a never-better Frances McDormand, who delivers an unbelievably powerful and immaculately subtle performance. Zhao’s movie explores the combative duality of loneliness and freedom that’s found when you’re alone — a topic that’s gained far more weight in 2020. For every moment of sad isolation within a van, there’s a scene of unbridled liberty out in nature. Neither is wrong, and both are needed to provide a complete picture of the solitary life. “Nomadland” is truly an amazing cinematic experience that benefits greatly from watching it solo as the truths wash over you. 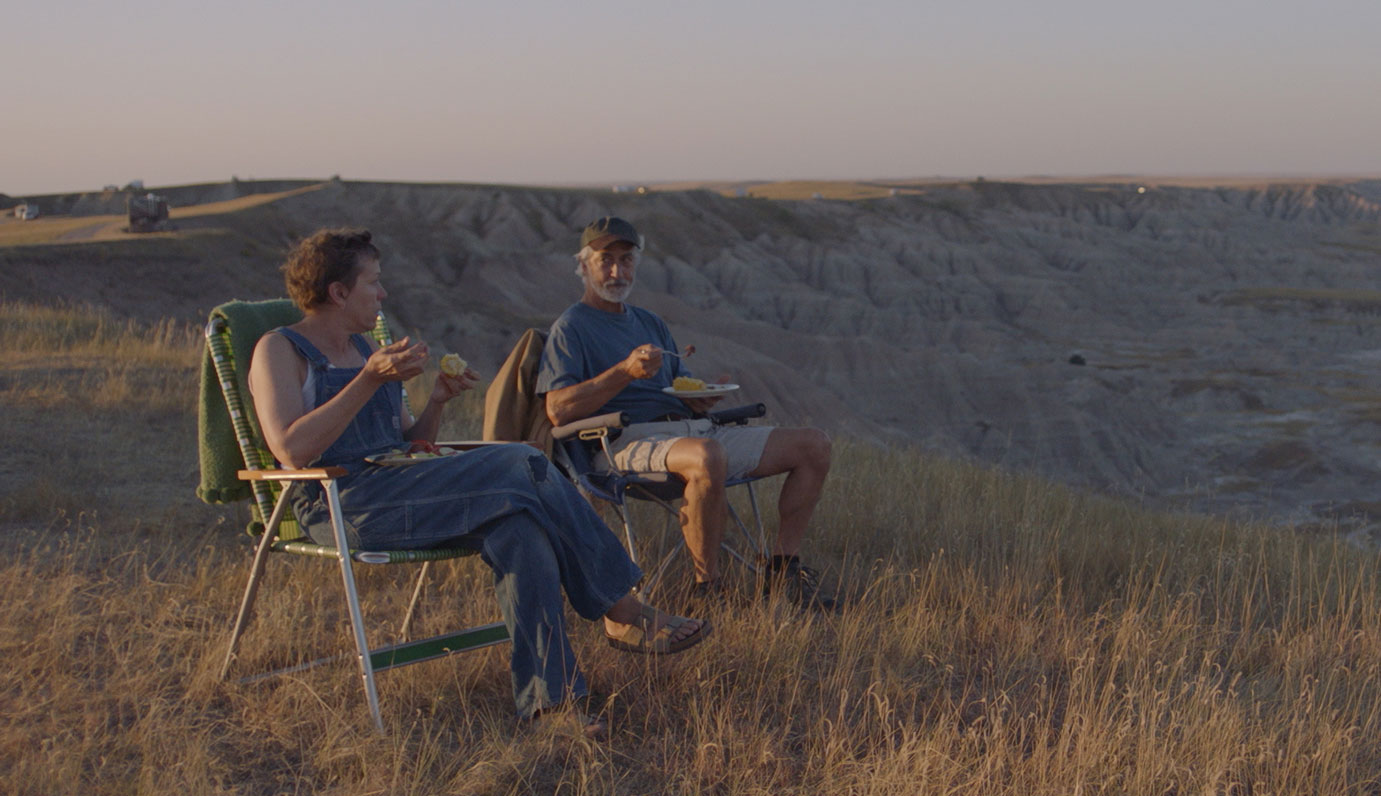 Directed by Osgood Perkins and written by Rob Hayes, “Gretel & Hansel” is an incredible piece of filmmaking. However, I didn’t expect that this retelling of the well-worn fairy tale, which was released in the usual dumping grounds of January, would be a film that resounded with me for 11 months and never strayed far from my thoughts. This is a movie that constantly manages two tasks at once. It tells an incredibly familiar story but in a spectacularly new way; it exists as a forthright tale that works on many layers of meaning and interpretation; it uses drab and natural colors while also swimming in visual style; and it’s both chilling and life-affirming. “Gretel & Hansel” fires on all cylinders, including terrific performances by Sophia Lillis and Alice Krige, an excellent score by French pop/rock musician ROB, beautiful cinematography by Galo Olivares, and some utterly confident and uncompromising direction from Perkins, who delivers something weird but still very accessible. This is a film that will appeal to people who are curious about what lives in the shadows because they want to know what lies in their own darkness. It’s a movie that tries to figure out where power is derived and what it costs. “Gretel & Hansel” is a spectacular feat that should be explored, discussed and dissected for many years to come. 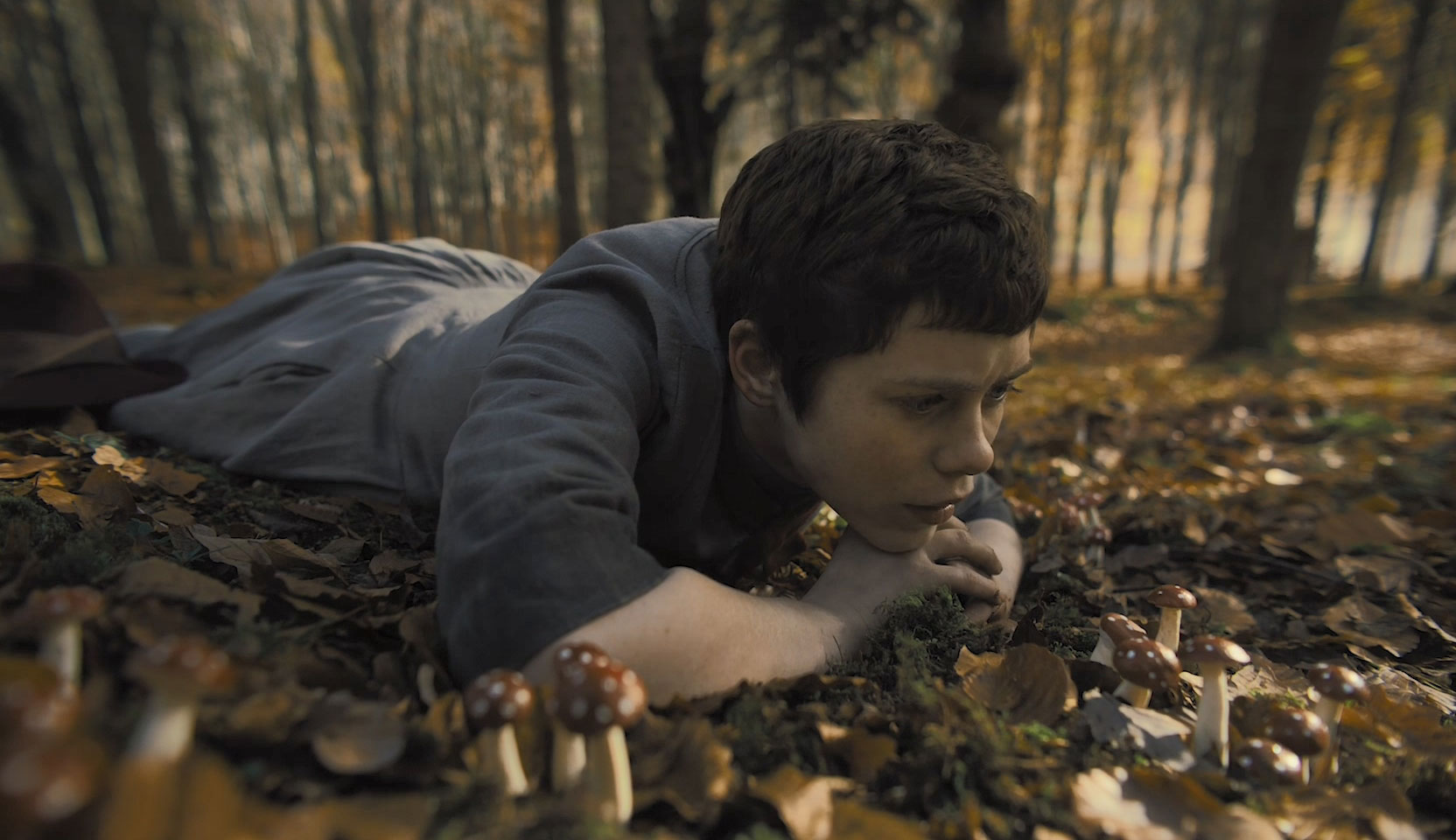