Trending
You are at:Home»Entertainment»Movies»Movie Review: “Soul” 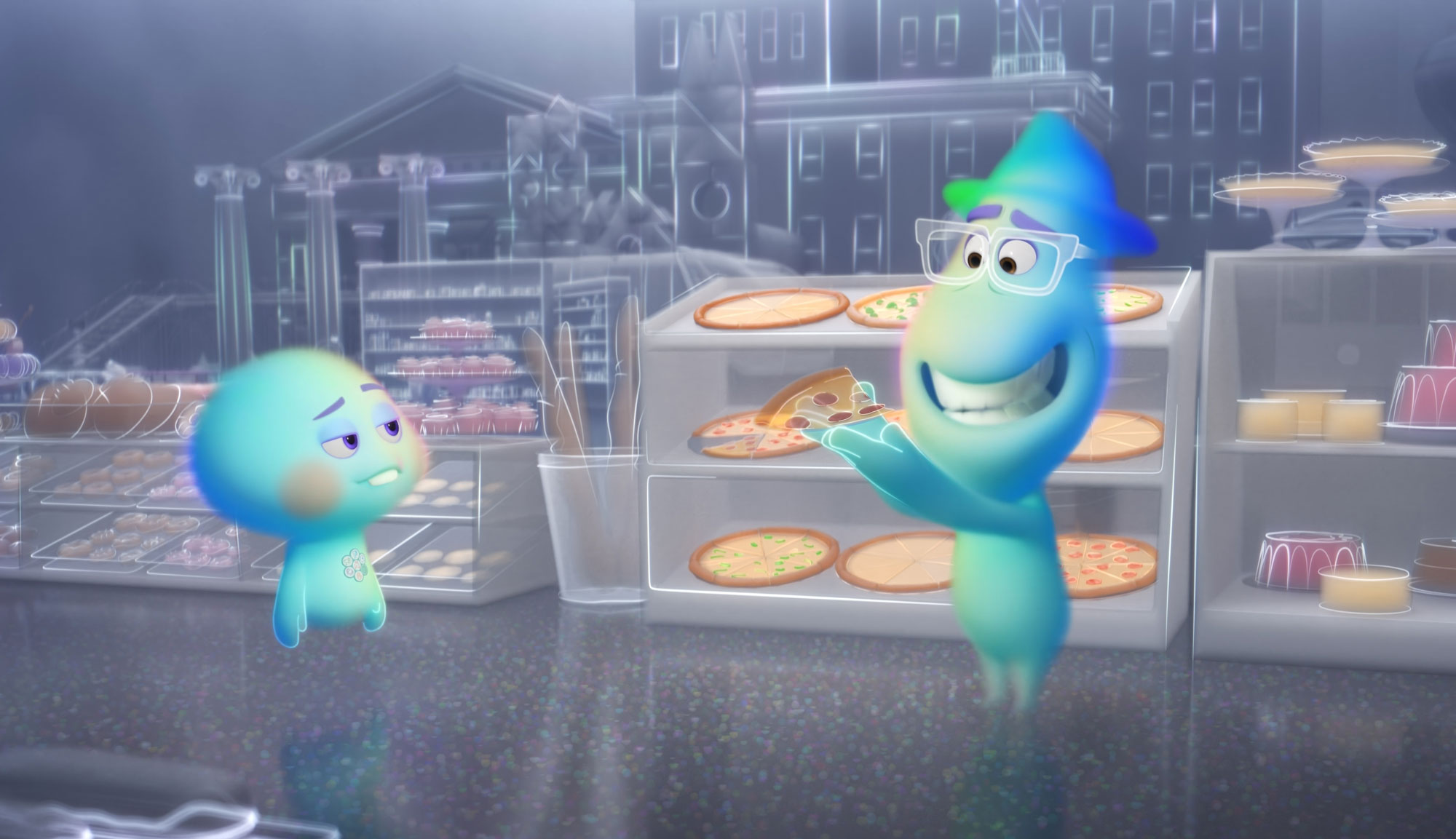 Under normal circumstances, the release of a new Pixar film would be met with great fanfare. But 2020 is not a year of normal circumstances, and Pixar’s second release of the year, “Soul,” is premiering on Disney+ on Christmas Day instead of its original planned release in theaters over the summer. “Soul” is arguably the biggest movie to get the Disney+ rollout, coming from not only their most prestigious animated outfit but also Pete Docter, the director of “Up” and “Inside Out,” two of the studio’s strongest offerings in recent times. The last major Disney release to make the shift to Disney+ without an additional rental fee was the poorly received “Artemis Fowl,” but all indications were that “Soul” would be of much higher quality indeed.

Joe (Jamie Foxx) is the sort of cat who can’t catch a break. A once-aspiring jazz musician, Joe never made it big and ended up as a middle school band teacher, attempting to impart the wisdoms of jazz to a mostly indifferent audience of students. But one day, a former student (Questlove) gives him the opportunity of a lifetime to sit in with Dorothea (Angela Bassett), one of the premier artists in the field. On his way to the gig, a freak accident claims his life, and he suddenly finds himself in the Great Beyond, reckoning with the end of a life that never amounted to anything. Determined to make sure that he won’t be denied his one chance to make it big, Joe embarks on a mission to escape his fate, teaming up with a little lost soul, known simply as 22 (Tina Fey), along the way.

The ingenuity at play in “Soul” is plain. Docter, alongside co-writers Mike Jones and Kemp Powers (who also co-directed), has created a new vision of what the afterlife could be. It’s a complicated system full of counselors (all named Jerry) and adorable little pre-souls who are searching for the spark to give them meaning before traveling to Earth to live out their dreams. Putting someone who’s trying to act on their own interests into the mix is a surefire way to inject a little bit of chaos into that system, and that ends up being the major driver of the film by its halfway point as Joe attempts to get back into his body and continue living his life. Some of this, such as the extended middle sequence that upends expectations in a wonderful way and the interactions between all the counselors in the afterlife, works like gangbusters. The rest, like a rather bizarre subplot involving an astral-projecting hippie (Graham Norton), is at best hit or miss. And the overall conception of this metaphysical proto-life that everyone goes through until they find their spark is perhaps a little too rosy a picture to paint for a life that can often be far more challenging than the film seems to indicate.

There are moments in “Soul” that feel undeniably muted by its restriction to the small screen. Docter and Pixar’s endless crew of animators had big ideas and grand vistas to show us in their conception of the afterlife. Be it an impossibly bright light at the top of a seemingly endless staircase in a sea of black (a clear reference to Powell and Pressburger’s “A Matter of Life and Death”) or the pastel-soaked rolling hills of the pre-life limbo that Joe finds himself trapped in, it’s both impressive and a bit saddening at the same time. Obviously, none of that is the fault of Pixar, who made this film expecting it to be shown on the biggest screens possible. What’s good is that even with the diminished experience of being forced to watch “Soul” at home, it’s still an undeniably beautiful film, even watching it on a screen as small as a cell phone. The character design is strong as always, full of life and spirit, as is especially the case with the two-dimensional line-drawing approach of the counselors. And yet, at times, you can’t shake the feeling that something is missing.

It’s hard to tell whether the circumstances surrounding “Soul” have caused it to feel just a little bit lacking as a whole, but honestly, that’s something that is becoming somewhat of the norm with Pixar movies these days. The heydays of Pixar’s true renaissance are pretty far removed from the sequel-heavy, uninspired work that they’ve been doling out in the last half-decade. Sure, you get an “Inside Out” or a “Coco” from time to time, but even those movies don’t necessarily measure up to the studio operating at the height of its power. Docter is one of the more dependable hands that Pixar has, and “Soul” certainly feels like it has more, well, soul than the likes of “Onward,” “The Good Dinosaur” or any number of “Cars” films. There’s quite a bit of ambition to the worldbuilding here, with the genesis of a new kind of afterlife filled with all sorts of colorful characters (some of whom are not named Jerry), and while it’s rather engaging, it’s also a bit idealistic in a way that doesn’t always hold up to scrutiny. Luckily, a Pete Docter film is strong enough in its own right to be placed in the higher tier of recent Pixar efforts, and while it may stumble from time to time, there’s no denying that its heart is in the right place.