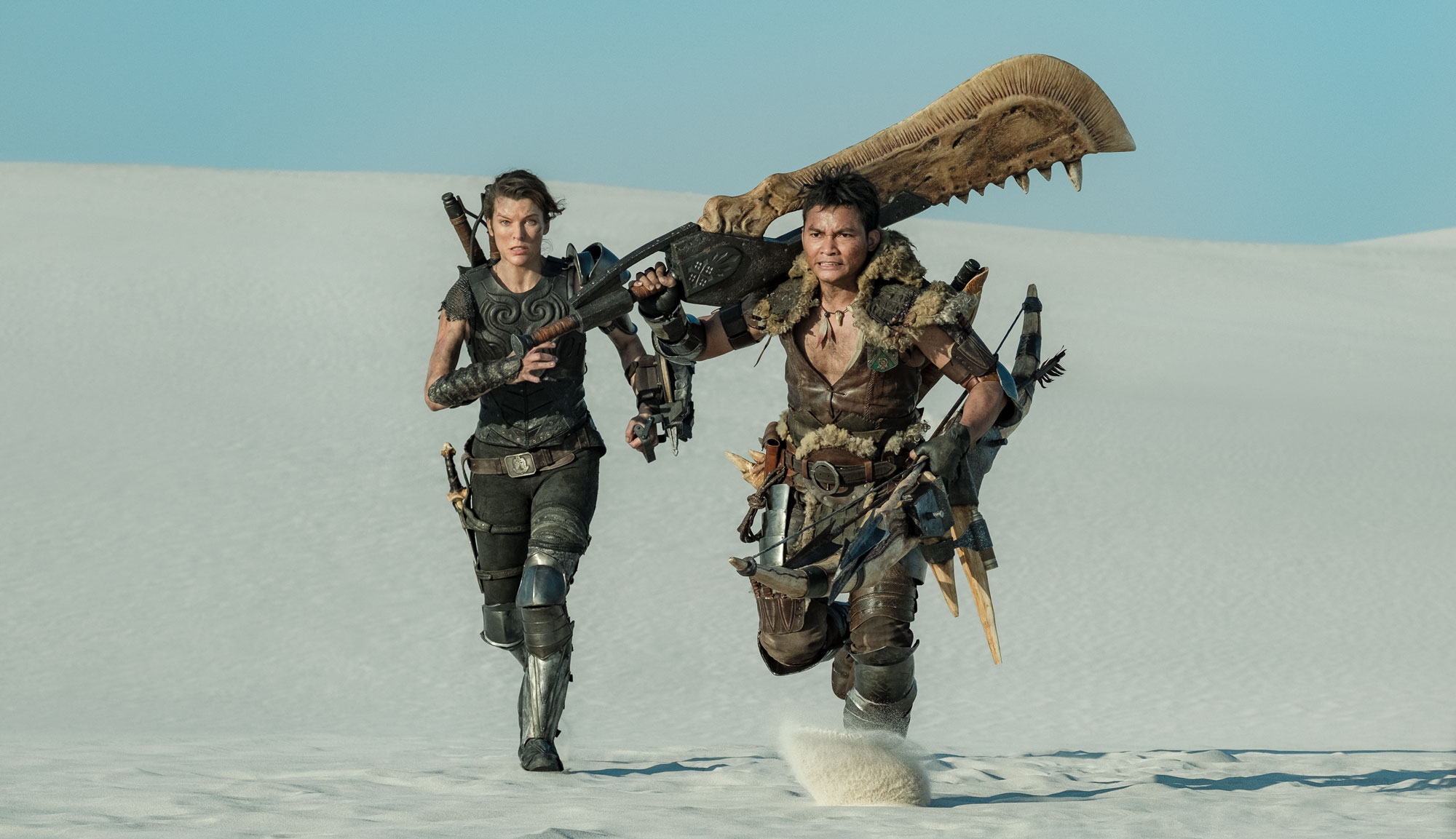 Despite directing 15 movies over the last three decades, Paul W.S. Anderson still doesn’t know his weaknesses as a filmmaker — or if he does, he simply doesn’t care. The same issues that have plagued his previous films continue to be a problem with each new project, with no signs of changing anytime soon. To be fair to Anderson, while his work has mostly been critically panned, it remains popular among many moviegoers and usually makes a profit for the studio. The critics might not like him, but his fans clearly enjoy what he does, so why fix what isn’t broken? “Monster Hunter,” the latest video game adaptation from Anderson, is full of the usual highs and lows, resulting in a diverting if unremarkable film.

Lt. Artemis (Milla Jovovich) and her squad of Army Rangers are searching for missing soldiers in the middle of the desert when they’re swept up by a sandstorm and magically transported to another world — one filled with enormous monsters who are intent on killing them. After surviving an initial onslaught by an army of deadly arachnids, Artemis teams up with a mysterious warrior (Tony Jaa) to strike back against the giant creatures.

Anderson has always been most interested in capturing striking moments in his films. These usually last several minutes and find characters adopting some dramatic or badass pose while the music swells. It’s essentially a comic book splash page that looks great in a trailer but translates as stilted and anticlimactic in the movie itself. “Monster Hunter” has several of these moments, and while they’re visually striking, they always go on a beat too long and are usually followed up by some mundane action. It’s an odd juxtaposition that gets to the heart of Anderson’s filmmaking — strong visual images that aren’t properly utilized but are meant to prop up poor storytelling.

The opening of the film apes the helicopter scene from “Predator,” complete with an old-timey song and lots of roguish types that the audience is supposed to believe you’d find in a highly trained and cohesive military unit. The group of Army Rangers is meant to be made up of old friends with in-jokes and traditions but who also dole out exposition about each idiosyncratic move they make. Anderson wants to give a fabricated sense of characters but doesn’t trust his audience to understand what’s happening without spelling it all out. It’s a collection of half measures and hedging bets that creates a stuttering effect in the narrative.

The film shines brightest during a segment where Jaa and Jovovich have to work together without being able to speak the same language. It’s reminiscent of “Enemy Mine” crossed with the climax of “Predator” when Arnold Schwarzenegger creates booby traps for his more powerful foe. Without much dialogue, there’s actual chemistry between the actors that shows that Anderson is able to visually convey things like emotions and story.

Though I’m not familiar with the source material, it appears that “Monster Hunter” has a lot of nods to the series through the inclusion of characters like the Admiral (played by Ron Perlman), the design of certain monsters, and the weapons and armor used by the protagonists. While the stilted narrative may not be entirely satisfying, it should be exciting for fans of the game to see these creations in a movie. A few of the action sequences also work pretty well, particularly when they don’t get hung up on those awkward badass shots or the leaden quips that are as predictable as they are flat. It’s a constant state of one step forward, one step back, which ultimately lands “Monster Hunter” somewhere in the middle.

Anderson has gained fans through previous films like “Mortal Kombat,” the “Resident Evil” series and “Event Horizon.” But in every movie that he’s both written and directed, there are the same vulnerable spots — a poor understanding of how to convey character and relationships, exposition-heavy dialogue that doesn’t engage the audience and attempts at spectacular CGI that doesn’t match the budget. His ambition to deliver fun but dimwitted blockbusters no matter the money or talent is certainly admirable, but he would be far better served to recognize the limitations of the production and innovate within those constraints. “Monster Hunter” contains some fun moments, a few interesting performances and even an occasionally good-looking creature, but Anderson can’t get out of his own way long enough to sustain those pleasing aspects, inevitably tripping over himself at every turn.