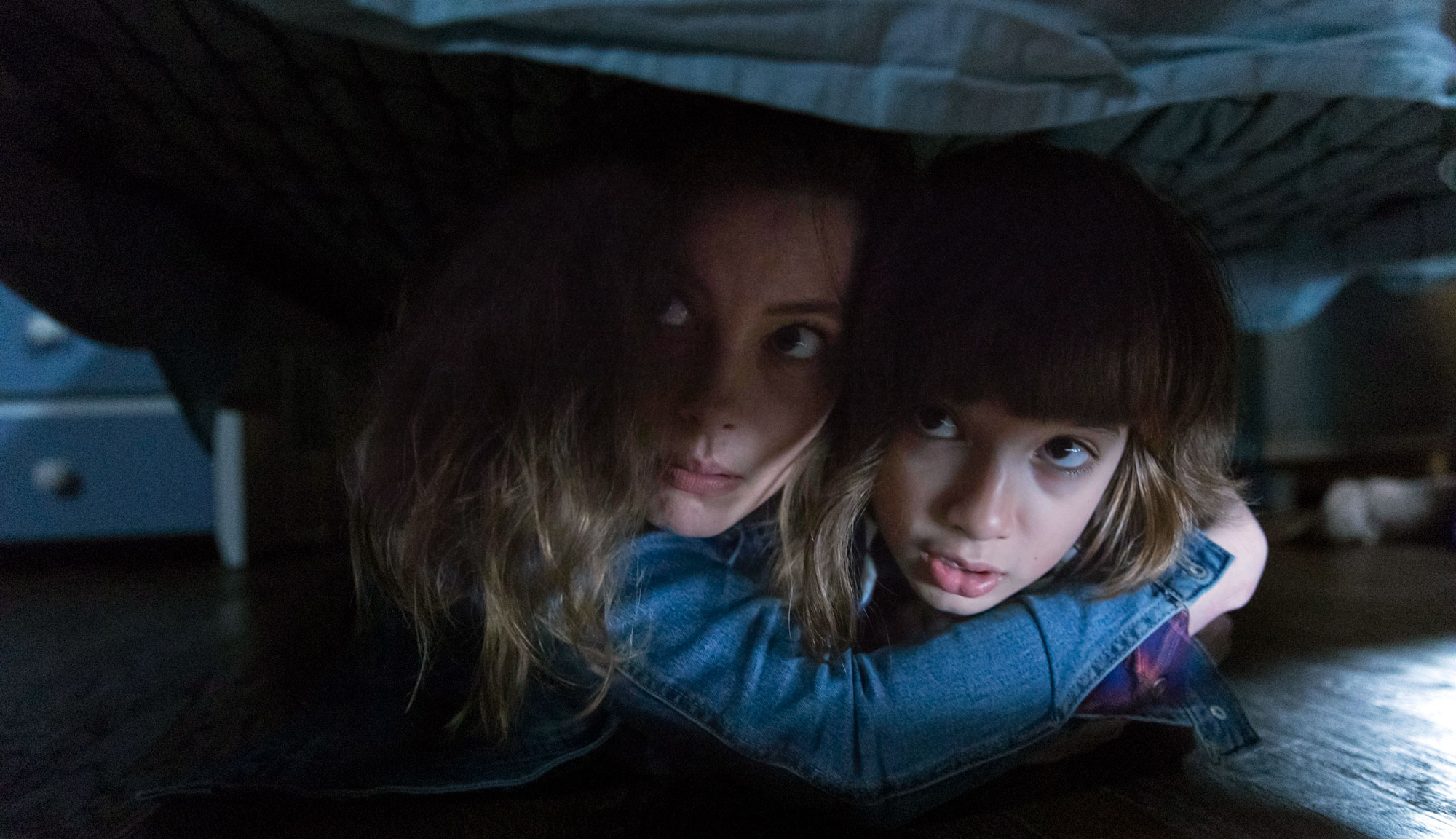 This Halloween season was always going to be different. In-person moviegoing fundamentally changes the way people watch movies, and few genres take advantage of the silent yet communal experience better than horror. The reactions to jump scares, the seemingly unbearable quiet that comes from waiting for the monster to show itself, the desire to yell at the screen when a character is doing something they shouldn’t — it’s all amplified with an audience. When you watch a horror movie at home, you have control over the environment. You can turn on the lights, you can pause the movie, and you can more easily look away or break the immersion. Due to the ongoing pandemic, the majority of us will be watching horror movies from home this year. It’s not ideal, and perhaps because of that, the quality of the movie is even more important to overcome the lack of the theater space.

For writer/director Jacob Chase, his decision to adapt the 2017 short film “Larry” into a full-length feature is actually pretty well-suited for the isolated, at-home horror movie experience. “Come Play” predominantly follows a non-speaking autistic boy named Oliver (Azhy Robertson) who relies on an app on his phone to interact with his schoolmates and family. His mother (Gillian Jacobs) is his primary caregiver, while his father (John Gallagher Jr.) is forced to spend time away working as a parking lot attendant. The stress of this home life, made far more intense by Oliver’s issues, is exacerbated by some mysterious circumstances that seem to be tied to a story he reads on his phone about Larry, a lonely monster who just wants a friend, no matter what lengths it will take to do so. It’s clearly a malevolent force, but his schoolteacher and parents simply think it’s a side effect of his disability.

Horror movies have done well focusing on a disabled character in the past. Mike Flanagan’s “Hush” and John Krasinski’s “A Quiet Place” both featured deaf characters — each of them vulnerable to their pursuers in ways that your average able-bodied person would not have to worry about. The same is true here, with Oliver unable to express his terror and emotions, which leads to untold danger for himself and his loved ones. All he can do is retreat into himself and his phone, which is exactly where his tormentor seeks to strike. The prevalence of screens is vital to the design of “Come Play,” whose central monster grows in power through electricity and the use of technological devices. Larry was born from a sense of interpersonal neglect that comes from an apps-based society. That approach seems especially cruel considering Oliver’s disabilities make him more reliant on such things than your normal kid, even though he does spend more time than he arguably should watching episodes of “SpongeBob SquarePants.”

It’s a pretty solid conceit, and the use of the inherent technology is handled quite well. Chase takes advantage of some of the current trends in phone technology, like face-matching software, which is all fun and games until it detects a face lurking in the shadows behind you. It’s also shrewd in the way that it brings others into Oliver’s point of view, as no one is safe from Larry and even the smallest interaction with his story alerts him to their presence. The only downside to this is that the scares themselves operate on the same axis every single time. Larry has a clear approach to capturing his victims, and over the course of multiple set pieces, it usually plays out in the same way. Sure, the setting and the characters involved may differ, and there’s some novelty to seeing how each of them react, but the diminishing returns are tough to shake.

Indeed, when “Come Play” reaches its climax, it plays out as another version of the same terror we’ve seen previously. That, combined with some rather on-the-nose moralism, turns the third act into a more disappointing downward trend. But it’s not all bad, and Chase certainly establishes himself as a competent bringer of chills. However, much of the success of what does work can be credited to Robertson, who shows some nice range after his work in “Marriage Story,” confidently creating this character and his disabilities without overdoing the tics or falling into parody. It’s a lot to ask of a child to not only play horror but to do so from the perspective of a non-speaking autistic boy, and Robertson passes the test with ease. In fact, he’s often better than Jacobs and Gallagher Jr., who do fine work but sometimes stray too far into histrionics to be taken as seriously as their child.

But it’s those little flaws, many of which may have been hidden by the atmosphere of a theater, that keep poking little holes into the armor. “Come Play” is a perfectly adequate horror film, and a good option for those looking for some Halloween scares, but it could have been a bit tighter and a bit more forceful in its third act. It just has too many missing elements to be something special. “Come Play” is a noble effort, though, and at the very least establishes Azhy Robertson as one to watch for the future.