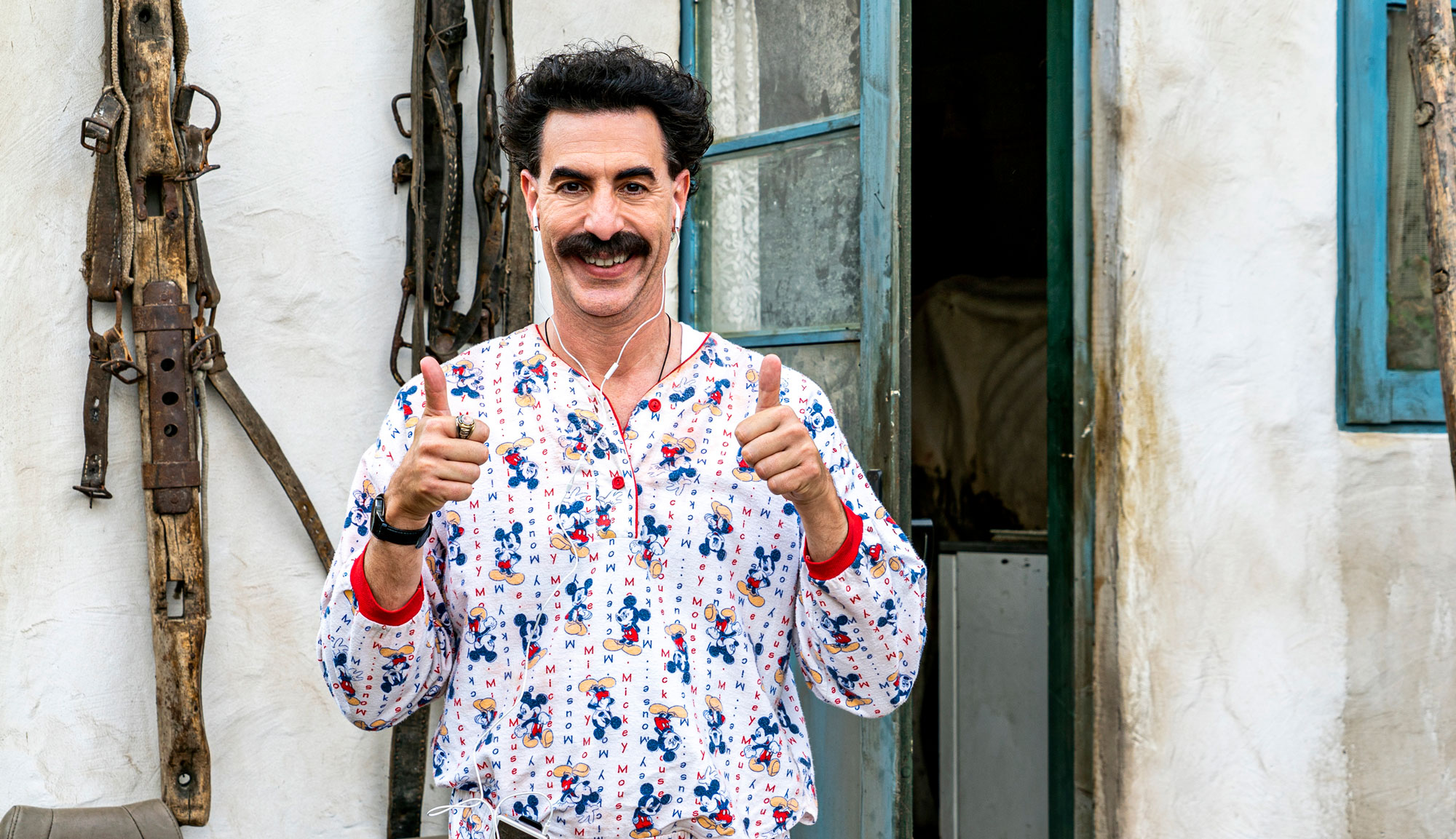 Making a good sequel is hard, and it’s arguably even harder when it comes to comedy, as the filmmakers must find new ways to do similar types of humor without simply recycling the exact same routines. 2006’s “Borat” was a pop culture watershed that seemed omnipresent — it was lucrative, critically hailed and led to an epidemic of impressions. The movie was reliant on Sacha Baron Cohen’s outsized character interacting with non-actors in real settings. So, the question surrounding his newest film is whether Cohen is able to create a comedy sequel 14 years later that doesn’t feel like a rerun, and the answer is a mostly resounding “yes,” albeit with a few caveats. “Borat Subsequent Moviefilm” is a bold and inventive installment that narrows its scope of satire while unearthing moments both sincere and genuinely shocking.

The sequel finds Borat (Cohen), Kazakhstan’s most famous reporter, in prison after becoming a national disgrace for his 2006 movie. He is freed to embark on a new mission to strengthen an alliance with the Trump administration by presenting a gift from his homeland. After a prolonged voyage, Borat finds himself back on American soil. The problem is that his daughter (Maria Bakalova) has stowed away inside the shipping container with the beloved monkey he was supposed to present to White House officials. And she’s eaten the monkey. Quickly scrambling to avoid further punishment from his government, Borat devises a plan to give away his daughter to someone close to Trump in order to curry favor. As the duo travels the country, they learn much about how it’s doing at the moment, the thoughts of its citizens and how a nation of plenty deals with a historic global pandemic.

One of the main sources of comedy in “Borat” was this cartoonish character interacting with unsuspecting people who weren’t part of the script or coached, at least for the most part. With that film’s immense success, it would obviously be very hard for people to lower their guard, even 14 years later, when they recognize this pop culture icon. “Borat Subsequent Moviefilm” deftly handles this situation by employing an assortment of disguises that allow people to drop their guards enough to show some of the more particular and uglier parts of the citizenry. Bakalova is a tremendous addition who perfectly plays off Cohen and creates both a real dynamic and the heart of the (admittedly ramshackle) story arc. There are multiple moments of the two interacting with unwitting participants that are far beyond any of the crossed taboo lines in the 2006 movie.

This adventure is different in that it’s less a critique of all of America and much more targeted at Trump and his supporters. Clearly, this is not going to make anyone a convert. If anything, it will probably end up being used on Republican talk radio and Fox News as an example of slanderous Hollywood condescension. There are multiple scenes that don’t involve Trump, but it would not be hard to determine the politics of many of the people who say horrendous things (based on context, if nothing else).

Much like the first “Borat” and this year’s “You Can’t Kill David Arquette,” it’s always hard to determine how much of the footage is real and what is an act. Some parts are pretty easy to discern, but there are moments when it seems unlikely that there wouldn’t be some sort of setup at play. The fact that the film was made so recently and relatively quickly (considering the halfway point is basically when COVID shutdowns began to occur) leads you to wonder if there was always a general shape of a script and/or plot.

The jokes and situations are hilarious, with the people who are exposed to Borat and his daughter revealing horrible traits while Cohen and company figure out new ways to point out their hypocrisies and skewer their hideous beliefs. There are also a couple of touching moments that reveal true depth and care even in the face of increasingly bizarre statements and actions. And then there’s a moment that is genuinely one of the most upsetting and shocking things that I’ve witnessed in a movie. The studio has asked not to spoil anything, and it’s best to be confronted by this scene without warning to truly fathom what is unfolding. Still, one hopes that it will lead to some sort of real-world consequence after the film debuts.

That chilling and infuriating moment aside, “Borat Subsequent Moviefilm” is an audacious addition to the comic world that Cohen has created that ranks very close to the original in terms of enjoyment and comedy. It doesn’t have as many quotable lines, and the target of Cohen’s parodic skewering may seem like fish in a barrel compared to 2006’s offering, but it still delivers fresh new takes, brilliantly conceived and executed setups, and waves of new jokes while maintaining the spirit and voice of the original. It may not change minds, but “Borat Subsequent Moviefilm” will certainly make audiences cackle with delight.