Trending
You are at:Home»Vices»Drink of the Week: The Fox River 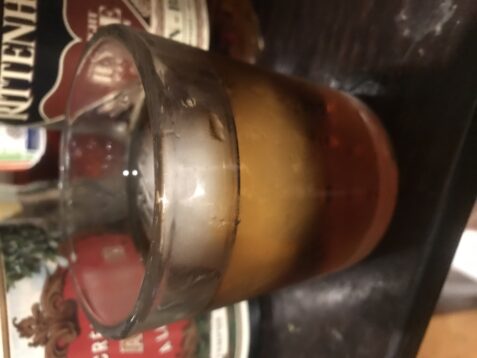 There is a Fox River in Illinois and another in Wisconsin. What, if anything, either of them has to do with the prohibition-era drink of the same name is a matter of speculation only. Since Wisconsin is the swing state of the two this election season, let’s toast the Badger State and it’s version of Medicaid, BadgerCare.  (Note: “the Badger State” is not in honor of the small but tenacious mammal but for hardworking iron ore miners of the past, who surely could have used decent healthcare.)

The Fox River is a sweet spin on a standard old fashioned. Wisconsin old fashioneds — another variation that I’m going to take on  soon  — generally use brandy but this is a drink ideal for a really hearty and powerful whiskey. It also worked well with one turbo-charged whiskey-esque brandy I tried on the sly.

Combine all the liquid ingredients in a cocktail shaker or mixing glass with ice, stir for a bit — not too long — and pour into a pre-chilled old fashioned glass with fresh ice, If you want to go super-classy, make that one single large ice cube. Next, add your lemon twist, running the backside around the top of the glass and twisting it over the drink to express the oils before dropping it into glass.

You can also build a Fox River in  the glass if you’re using regular size ice cubes, stirring as you would for an old fashioned. Finally, you may serve a Fox River up, straining it into a chilled cocktail glass martini/Manhattan style after stirring with lots of ice. Always use the lemon peel. It’s important for cutting the sweetness.

The Bourbon Review recipe I started with, specified Rittenhouse Rye, which has long been my primary default rye. Not too expensive but it’s 100 proof bottled-in-bond flavor profile is outstanding with most whiskey drinks and that’s definitely the case here. Rittenhouse is probably far too hot and biting for most people to drink straight but, as softened here, it’s just about perfect. Arguably even better was the last of my Clyde Mays Rye, a mellower brew that was peppery and complex enough in flavor to make the drink sing a little. Wild Turkey Rye was also extremely respectable.

I went off the reservation once and used a bargain-priced product I’ve sort of fallen for. Christian Brothers Sacred Bond Brandy — a 100 proof tough guy that can hold it’s own with a hearty bonded whiskey and which I’ve been picking up for less than $15.00 a bottle at Mission Wine & Spirits near my North Hollywood lair. It was nifty. Oddly enough, The Bourbon Review recipe made no mention of bourbon in the Fox River but others do. Maker’s Mark and Rose’s worked very nicely for a sweeter but bolder flavor.

But wait! Even at a four to one ratio, it’s the creme de cacao that dominates the Fox River. Tempus Fugit’s creme de cacao was new to me but, since everyone was recommending it, I had to give this $35.00 liqueur a try. Using vanilla as well as chocolate flavoring, it more than justifies its price, It definitely yielded the tastiest, classiest Fox Rivers That being said, the version using more reasonably priced Marie Brizzard version was less tantalizing but very nice.

One final note, I sprang for a bottle of peach bitters but, if all you’ve got is Angostura or something similar, it’ll probably be fine.