Trending
You are at:Home»Entertainment»Movies»Movie Review: “The Glorias” 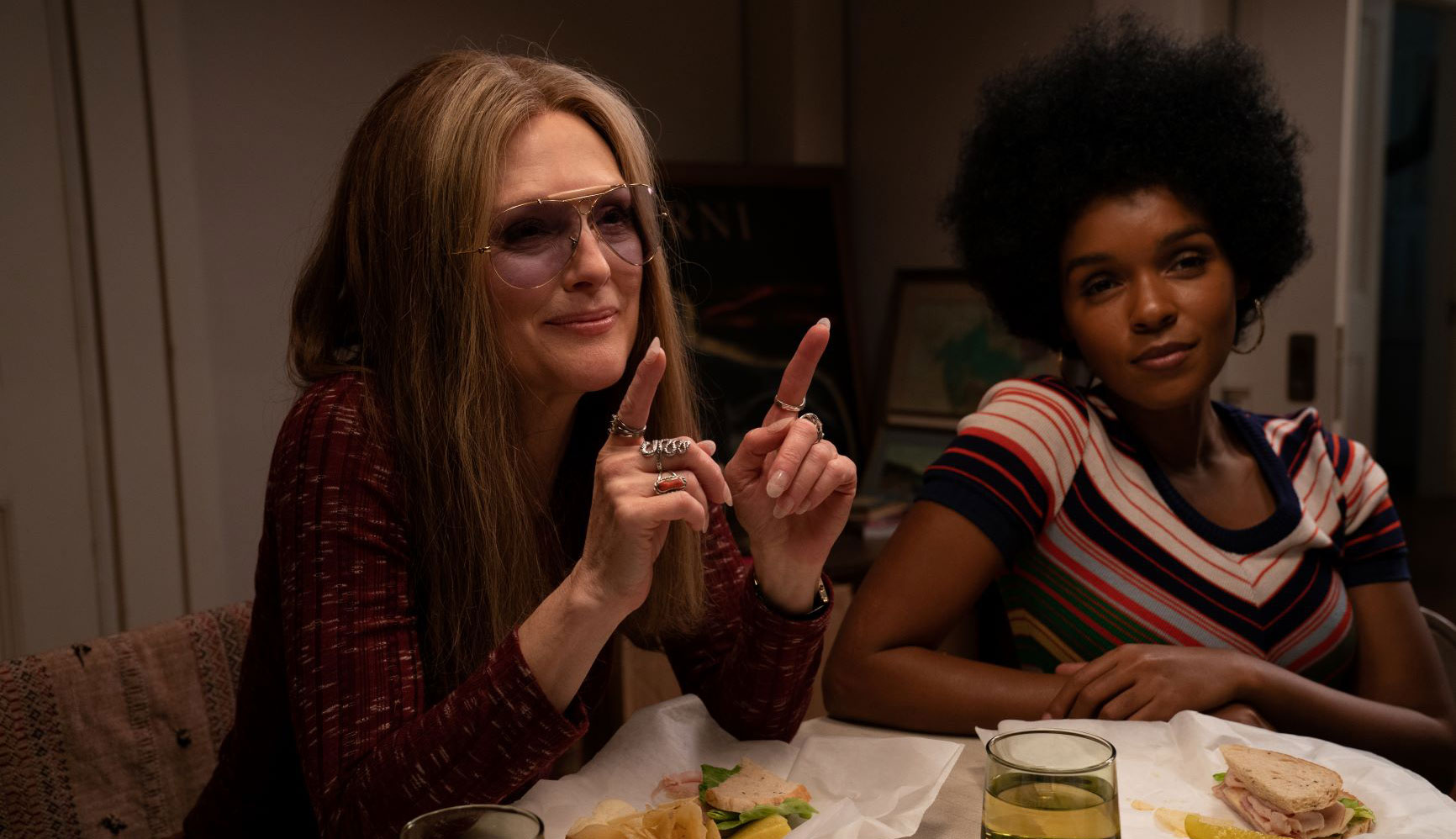 It’s rather surprising that it took this long for someone to make a high-profile biopic about Gloria Steinem. The legendary journalist and activist of the feminist movement in the late ‘60s and early ‘70s is just the sort of person who would seem destined to get a big Oscar-worthy film with a celebrated actress signed on to bring her to life. What the Oscars will mean this year (if anything) remains to be seen, but all of the other pieces seem to be in place for writer/director Julie Taymor with “The Glorias,” a look at Steinem’s legacy through four periods of her life that came to define her.

The balance of the film follows Steinem in her 20s (portrayed by Alicia Vikander) during a two-year fellowship in India and her early days as a journalist in New York, as well as her rise to power in feminist activism and journalism in the 60s and 70s (played by Julianne Moore). Instead of relying on makeup or fancy CGI de-aging to bring Steinem to life, Taymor has cast four actresses to each take on a time period. The film doesn’t spend that much time with either of the young versions of Steinem, with Ryan Kiera Armstrong portraying her at age 8 and Lulu Wilson as a teenager, instead dedicating a majority of the runtime to Vikander and Moore.

It seems likely that in any other year, this film would have received a more conventional theatrical release to stoke the awards season fires instead of being dropped onto Amazon Prime with little fanfare. The small screen experience does hurt things a bit, as Taymor has always excelled at painting with a large, expressive brush that takes advantage of as much real estate as possible. Taymor has marked her stage and film career with quite a bit of visual flourish and narrative ingenuity, whether it’s the dreamlike magic of “Across the Universe” or her wild, anachronistic take on Shakespeare with “Titus,” so you’d expect some amount of strangeness in what would otherwise be a straightforward biopic of Gloria Steinem. And while there’s nothing in “The Glorias” nearly as fantastical as her other work, she does have a few tricks up her sleeve.

The film employs a framing device of sorts throughout the story, returning periodically to a bus driving down a dusty highway, seemingly unbound by space and time, and in quite the arthouse movie flourish, entirely in black and white. All four actresses interact with each other on the bus, with Taymor attempting in her own way to show how it takes a lifetime of experience to make anyone into the person they become. It’s an interesting conceit on paper that shows some diminishing returns in practice, especially considering the relative conventionality of the rest of the film. It really is a standard biopic, but Taymor can’t help herself by trying to spice things up. Luckily, it never becomes the sort of distraction that leaves a bad taste in the mouth, though the profundity of the approach never really comes together. The color treatment is neat, but it doesn’t have any impact beyond simply being a bit of a novelty. It’s clear that Taymor wants to make something of these moments, and they do serve to nicely break up the potential monotony of the biopic formula, but it’s a case where it feels like a trick first and something that feeds the narrative second.

As a whole, “The Glorias” doesn’t have any glaring flaws, but it often feels lacking in ways that are difficult to articulate. At times, Vikander seems a little too low in her energy, though the role is designed that way, as Steinem hasn’t fully bloomed into the activist that we know. Her time in India interacting with oppressed women and her famous Playboy article (where she went undercover as a Bunny) are moments that shape who she will be for the rest of her life, but she isn’t there quite yet, and Vikander marks that predominantly with a sense of inquisitive restraint. It’s Moore, then, who gets all the juicy parts with the rabble rousing speeches and daring journalism that encapsulated Steinem’s life in the 1970s. Moore is having a blast, as she so often does, and gets the added bonus of getting to interact with filmic spark plugs like Janelle Monáe and a particularly sprightly Bette Midler.

A review of Steinem’s life is well-tuned to the current moment, with a woman’s right to choose under prolonged attack and the progression of rights teetering at the brink. “The Glorias” ends on actual footage of Steinem speaking at the 2017 Women’s March on Washington, reminding us that Steinem is still very much alive and fighting for what she believes in. The time was right, the casting was right, and Taymor is just the sort of creative outlet to shake up the staid, stuffy biopic that has become so commonplace in the last few decades, and yet “The Glorias” constantly seems to struggle getting out of second gear.