Trending
You are at:Home»Lifestyle»The Most Common Transmission Issues You Shouldn’t Ignore 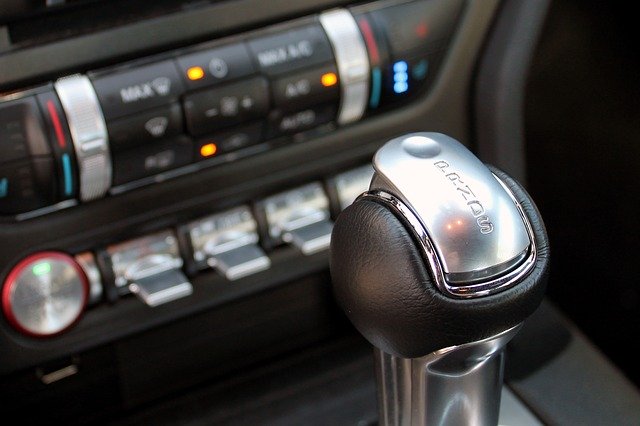 You will guess that your car’s transmission system is at fault sometimes. But how are you going to diagnose the issues regarding the transmission system? Well, we list the most common symptoms and problems that can help you to spot them.

1. Movement Issue of the Gear

Due to several reasons, the fluid, which is situated in your car’s transmission, starts decreasing. It might happen due to some accidental leak, damaged shifter cable, and a few other issues. Sometimes, the valve body malfunction, too, can prompt the same to happen.

If the transmission system does not have enough fluid, then it will not be able to budge in or out. So, if you are having some issues with the gear regarding movement, then we would recommend you to take a look at your transmission system.

2. A Grinding Sensation in the Gear System

If the transmission of your vehicle is in decent condition, then it will work pretty smoothly, while you are changing the gear. You will not feel any anomalies, like a throbbing or grinding sensation while working with it.

However, if the transmission system has been damaged anyhow, then you will start feeling these issues. At the early stage, they might appear to be a little bit distinct and vague. But, if you do not treat the underlying matter, then the jarring issue will become prominent in no time.

In essence, this particular issue is pretty grave and, thus, requires proper attention at the right time. So, if you have suddenly begun encountering the pounding sensation while using the gear, then it would be better for you to take the help of a mechanic.

3. The Noisiness of the Car

In all honesty, noisiness is one of those issues, which a car owner tends to deal with almost on a daily basis. They can, sometimes, happen due to some uncomplicated reasons. However, if it happens due to any underlying issue of the transmission, then finding it first becomes one of your utmost priorities.
Sometimes, these noises can be produced due to the leakage of the transmission fluid, which keeps the gears of a car well-lubricated. So, without it, the mechanical tools will start causing frictions, which, in turn, may cause clunking noise. If you do not treat it correctly, then it can damage your vehicle’s transmission and make it entirely useless.

Sometimes, while you are driving, you may come across a typical burning smell, which lingers along until you stop somewhere. Most people tend to consider it as a part of the system and ignore it wholeheartedly. However, the burning odor may actually indicate the issue of overheated fluid in your transmission system.

It usually occurs due to the friction that we were talking about previously. Nonetheless, it may sometimes also be caused by sludge or debris’ build-up. Now, if you do not take care of this problem quickly, then the overheated fuel will affect the car’s engine massively. It, in turn, can increase your car’s overall fuel consumption and cause internal damage.

Does your vehicle tend to lose its traction or slip out of its gear when you use it? Well, if it happens, then it will be a serious safety concern for you. If this issue keeps occurring, then you may also lose control of your car and, something dangerous may ensue.

There is yet another way to diagnose this problem – your car’s computer. It usually works by telling you when to shift between the gears. Moreover, it also informs you about the time when you should power the wheels.

While clearing out your garage, you may, at times, find a small amount of dark or bright red fluid on the driveway. Well, yes, you have guessed it right. You are, indeed, seeing the car’s transmission fluid. In essence, the transmission fluids generally do not leak at all.

Hence, if you are encountering such a situation, then it may mean that the transmission has suffered a breakage. However, sometimes, smaller leakages, too, cause the same. So, in this aspect, you would have to, first, try to locate the issue and, then, move on with it.

If you keep ignoring it, then the issue can become quite a nuisance in the future. It may affect your car’s other parts as well.

7. Engine Light is not Working

Unlike how the name sounds, the engine light does not only cater to the behavior of your car’s motor. Besides, it also offers you some details about the issues that the vehicle is currently dealing with. It can tell you about the overheating problems of the transmission system.

Moreover, the malfunction of the same can also indicate various setbacks regarding speed sensor, a slipping transmission, and many more. Most of the time, the engine light of your car will go out if the transmission problems do occur.

So, if you are experiencing anything unnatural regarding that might indicate to your transmission, make sure to check out the engine light first. If it is off or keeps fluctuating, then the issue is probably located in the titular system.

Honestly, the problems with the transmission systems of a car tend to start with something insignificant and ignorable. However, if you do not treat it quickly, then it can grow on to be something dangerous and precarious. Hence, we would always recommend you to keep your car-based anomalies in check and contact with a mechanic if a problem arises.