Trending
You are at:Home»Vices»Drink of the Week: The Bourbon Lift 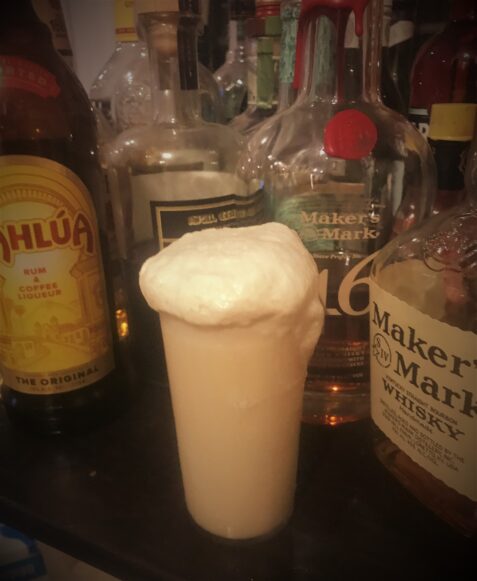 The Bourbon Lift might seem like something from the days when soda jerks turned bartenders might brought their new and old jobs together, but it’s actually a fairly new cocktailian creation by Erik Adkins of San Francisco Whiskey bar Hard Water. It’s a fun, unpretentious cooler though finding exactly the right glass for it may be a challenge and your choice of brands will make a big difference — it just depends on whether you want a drink that’s fun, refreshing, and a little bit subtle or if you want one that’s just a lot of fun.

Combine all of the ingredients except for the soda water in a cocktail shaker and shake until your hands figuratively (not literally) freeze off. Strain into a chilled small Collins/highball glass — ideally about eight ounces. (You may want to adjust the quantities for larger glasses.) Add chilled soda water slowly, stopping periodically to let the head build. The idea, presentation wise, it to get the head to go above the glass in a sort of Elvis Presley bouffant.  I only achieved a mop-top and it was made a little more challenging in that, for more all my thrift store shopping time, I really only had one one proper eight ounce highball glass — most of what you find out there is closer to nine or 10 ounces. If you’re more determined than I am to get a perfect look, see the original recipe from Erik Adler that I linked to above and maybe do some consider increasing the quantities a little.

*****
This is not a low-calorie drink and, between the liqueur and the almond syrup, the sugar content is very high. Fat wise, it’s not quite eggnog and it has only half the heavy cream of a typical gin or brandy Alexander, so one or two of these won’t kill you if you leave out the polonium garnish.

I tried the Bourbon Lift with Maker’s Mark, Maker’s 46, Four Roses, and Evan Williams on the bourbon side. My coffee liqueurs were, in order of price, St. George Nola, Kahlua, and Grinder. These are all great products in their way — or, in the case of Evan Williams, a very good bourbon for the price. The only ingredient I really wasn’t so happy with was the Grinder, which was just not working in the Lift not sweet enough but also no complex enough, I guess. Going high end with Maker’s 46 and St. George was pretty tasty and boozier than you would expect. Still, the most sheerly pleasurable in a sort of sweet soda fountain way was using Evan Williams and good old Kahlua. Candy-coated semi-chocolately refreshment with just a little heavy cream. Yum.