Trending
You are at:Home»Lifestyle»Top 6 Safest Cities in the U.S. 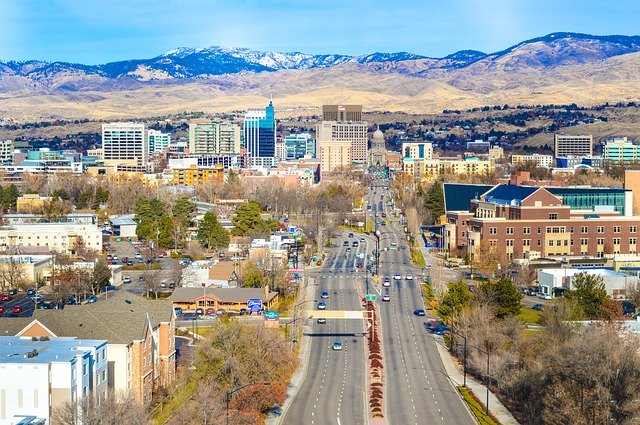 Nothing screams like perfect living standards than a safe city in the greatest country in the World. Discover the safest cities in the U.S. here.

The good news is that crime rates continue to decline in the U.S. However, in 2018, there were more than 1.2 million violent crimes and nearly 7.2 million property crimes.

These are just the reported crimes. The FBI estimates that only 43 percent of crimes are actually reported.

Are you looking to move to a safe city? If so, we’ve got you covered. Check out these safest cities in the U.S. to help you feel safe at home.

The violent and property crime rates in Allentown are below the national average. Allentown is the third-largest metro area in Pennsylvania.

Don’t worry this city has a lot of charm as well. There is a vast collection of historic buildings and homes.

With low crime rates, there is plenty to do outside. Residents can take a hike in the Lehigh Valley with the Blue Mountain range to the north and south. Residents can go skiing or take a hike on scenic trails nestled in these areas.

San Jose is one of the three largest cities in California’s Bay Area. The other two large cities in this area have much higher crime rates than San Jose. Drug use is also higher in those areas.
San Jose has a unique downtown with a sprawling metro area. Various suburban neighborhoods and large tech campuses give this business district an innovative and modern feel.

Even though Portland is Oregon’s largest metro area, the crime rates are well below the national average. There were only 27 murders in 2018, making this a safe area. Portland had the fewest murders of the nation’s largest 30 cities, making it one of the safest big cities in America.

You can find the oldest library on the west coast along with several offbeat shops and boutiques. With two mountain ranges and the Pacific Ocean only two hours away, there are plenty of outdoor activities to enjoy without worrying about crime.

Boise just had seven murders in 2017. This makes the rate of violent crime 1 per 100,000 people, which is way below the national average.

You can enjoy quality outside time exploring all the rivers, canyons, mountains, deserts, and lakes. The downtown is bustling and safe. Boise is one of the safest cities in the US.

This is the largest metropolitan area in New Hampshire. If you enjoy winter sports, this would be a good area to check out as this area gets nearly 60 inches of snowfall per year.

Sunnyvale has some of the safest crime rates. The Valley Transit Authority has a lower vehicular mortality rate, that is less than a third of the national average. It also has one of the lowest rates of drug use in the country.

Keep up with legal news by checking out this blog, so you can see just how safe some areas are like Sunnyvale.

Check Out These Safest Cities Today

These are just a few of the safest cities in the U.S. If you are looking to move and safety is important to you, check out one of these places today.

If you want to continue to explore, go to our Lifestyle section, and find other areas to explore, whether it’s a vacation or a new place to live.