Trending
You are at:Home»Entertainment»Movies»Movie Review: “The King of Staten Island” 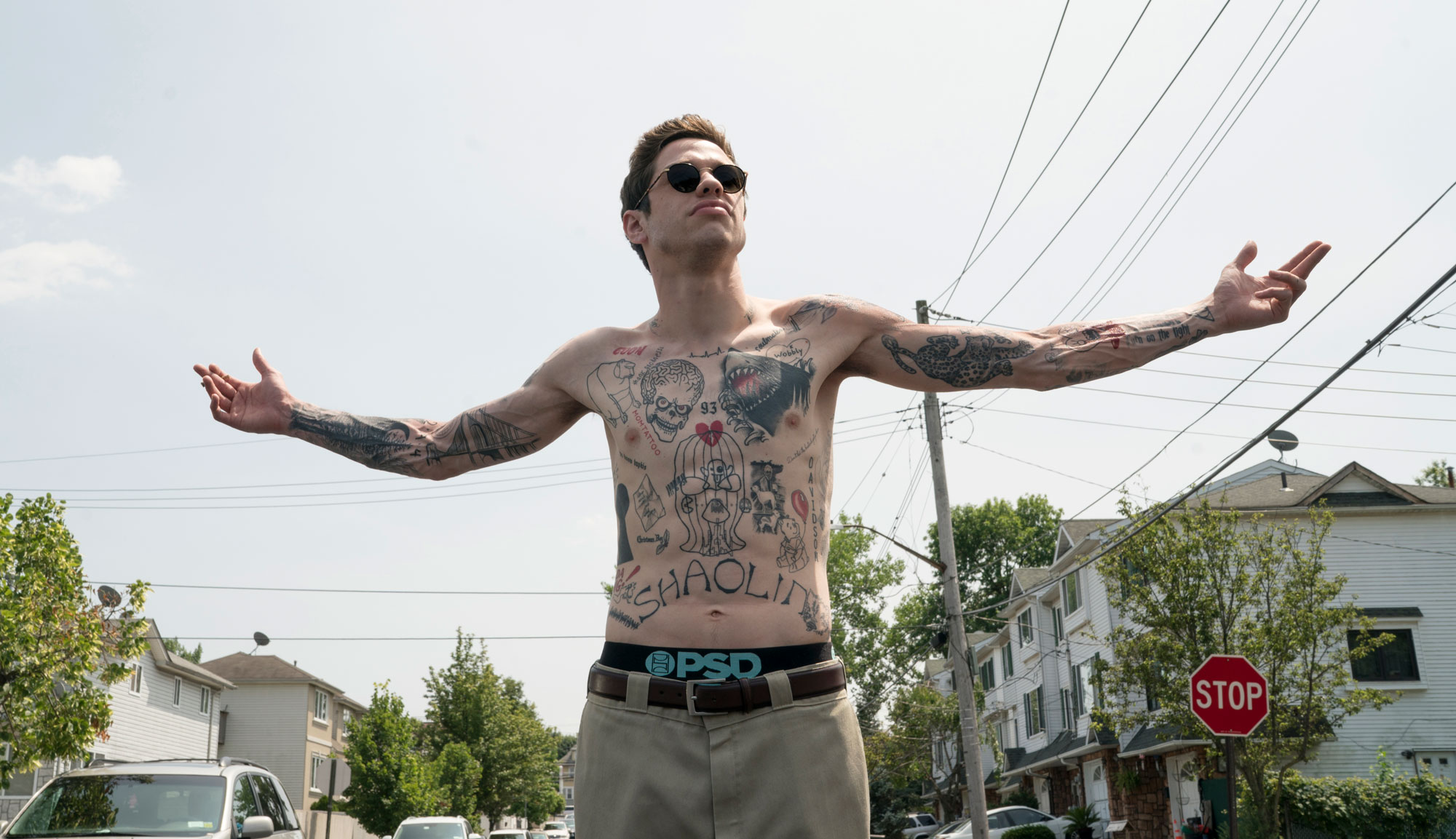 You’ve already seen “The King of Staten Island.” Heck, this is the third time that director Judd Apatow has made this movie alone. Pete Davidson’s character Scott is a more emotionally troubled version of Seth Rogen’s Ben from “Knocked Up,” and both Scott and Ben share more than a few traits with Amy Schumer’s protagonist in “Trainwreck.” This resemblance to Apatow’s earlier work is what drew a hard pass from my wife when I asked if she wanted to watch it with me. “I’m tired of movies about a man-child,” she said.

Smart woman. Davidson’s engaging and likable, and his openness about his real-life struggles with mental health is inspiring, but one wonders how much better “The King of Staten Island” would have been if Davidson had written it himself (he co-wrote it with Apatow and Dave Sirus). Odds are it would have been much funnier — this movie isn’t nearly as funny as the trailer suggests — and probably a lot shorter. This clocks in at an exhausting 137 minutes, which is about 30 to 40 minutes too many.

Scott Carlin (Davidson) is a 24-year-old who never finished high school and has no plans to leave Staten Island. He spends his time getting high with his two-bit dope dealer friends and enjoying a friends-with-benefits relationship with childhood friend Kelsey (Bel Powley), but he has no life plan at all. Scott attributes his aimlessness to losing his firefighter father at the age of 7, but his mother Margie (Marisa Tomei) is running out of patience, something that is brought to a head when Margie begins dating Ray Bishop (Bill Burr), who’s also a fireman.

Even worse is the reason why Margie and Ray meet; Scott tried giving Ray’s 9-year-old son Harold (Luke David Blumm) a tattoo. A tattoo. That is ludicrous, and from a screenwriting standpoint, completely avoidable. Harold met Scott and his friends while they were drinking in the woods (they call it the woods, but it looks more like the beach). They could have given Harold a beer, and Ray’s beef is that they got Harold drunk. That’s far more plausible than a group of twentysomethings thinking it’s fine to give a child a tattoo. This is just bad writing, and it’s not even the dumbest decision made in the movie.

There is also too much writing. Scott spends time at the firehouse where Ray works, and there are no fewer than three scenes where the firemen haze Scott by turning the hose on him in bed. They only needed to do this once. Indeed, there are several scenes (dozens, really) that could have used some trimming. Having your screwup protagonist grossly overstay his welcome is a mistake. This should have been the unrated director’s cut on the Blu-ray.

The frustrating part is that no matter what the script throws at them, the cast rises above the material again and again. Davidson’s performance as the damaged Scott is spot-on, and Burr, while not exactly stretching from his standup comic persona, is the perfect person to play Ray. The standout, though, is Apatow’s daughter Maude, who shines as Scott’s pragmatic younger sister Claire. Tomei did the best she could given the material, while former firefighter Steve Buscemi gets a plum role (read: a week on set tops) as the wise fire station veteran who knew Scott’s father and is able to give him some perspective. Powley also delivers fine work as Kelsey, though it’s unclear why she’s so emotionally invested in Scott. Goodness knows, he doesn’t do anything to deserve it.

There is a better version of “The King of Staten Island” in here somewhere. It’s a story of loss, grief, mental illness, physical illness (Scott has Crohn’s disease), redemption and hope, and therefore dripping with potential. The execution, however, is brutal. Apatow has been making the same kind of film for 15 years, but his comedic crutches aren’t working anymore. Davidson’s character isn’t the only one here who could use a fresh start.