Trending
You are at:Home»Lifestyle»The Best Engines You Can Put in Your Classic Mustang 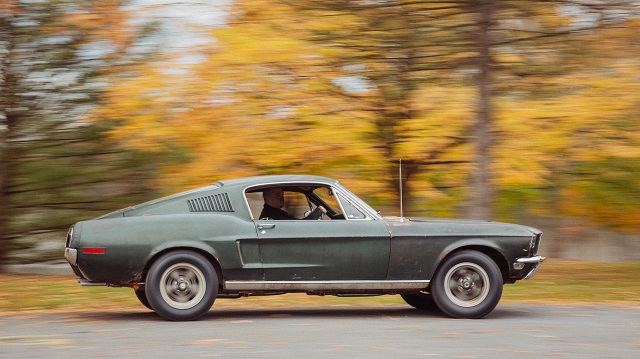 Sometimes, it can be a great idea to replace the engine of your classic Mustang. Doing this replacement can increase your car’s performance potential, and get the car sounding like the ones in your favorite classic and modern films. This guide will help you understand what might be best for your particular vehicle if you’re new to learning about different engines. It’s essential to know the tradeoffs with certain engines to determine what will give you the best quality for the cost. Here are a few different engines you can consider swapping into your classic Mustang.

What makes the short-deck Windsor block a unique engine choice is that it can fit with any first-generation Mustang as well as be used in later versions such as the 1995 model. Short decks can give your classic Mustang improved handling because it’s a light engine package being placed in a generally lightweight car. Some short-deck engines can give you up to 500 hp and also still manage to have great drivability. You just have to stroke it or use a power adder. This type of engine is probably most suitable for Mustang models between 1967 and 1970. Short-decks may not provide sufficient horsepower and torque for the larger 1971 to 1973 Mustang models.

Tall-deck engines tend to weigh a lot more than the short-deck engines. In general, they’re not best for the smallest and lightest Mustang models. While you can put these engines inside of them, you’d have to modify or remove the shock towers and settle with a less-than-optimal exhaust system. Tall decks can provide higher performance than short decks for models made in 1967 and after. If you want your tall-deck engine to not be as heavy, the aluminum tall-deck block can provide you the same power with less weight. You should keep in mind that the aluminum block can be more expensive than others. If you choose to add a power adder on a stroked tall-deck, your classic Mustang will be able to get up to 1,000 hp or more, and you’ll still be able to drive it on the street except for when the weather conditions are harsh. If you’re looking to keep your costs to a minimum, a 351-ci tall-deck engine can give your Mustang 600 hp, and you won’t have the expense of getting a new crankshaft along with other parts required for a stroker.

This type of engine is most suitable for Mustangs made in 1967 or later. Big block engines can be difficult to install in Mustang models between 1964 and 1966. The type of Mustangs within those years was meant to be pony cars more than muscle cars. It would be an extensive cost to remove the shock towers to fit the engine inside, and you’d also have to upgrade the rear axle, differential, transmission, and some other parts. Unless you can afford the cost, it’s probably not worth it, given you can get the same power at a cheaper cost by inserting a tall-deck Windsor with a power adder. Big-blocks were an available option in later cars at the time, so they generally have enough room for them. If your classic Mustang made in 1967 or later didn’t originally have a big-block engine, the parts for one could be found in salvage yards or bought as new parts from aftermarket sellers. While this type of engine is more weighty and makes your car have less handle and acceleration, it has more power, which can perhaps make up for the extra weight it carries.

A modular engine, such as the modular 4.6 aluminum block, can be an attractive option for your classic Mustang. The aluminum heads can have two, three, or four-valve configuration. In addition, the engine can feature overhead cams, cross-bolted mains, and roller followers. Despite these benefits, like all of the other car equipment on this list, it does have its disadvantages. The main disadvantage is the size and bulk of a modular engine. If you choose to get the four-valve version of this engine, it’s about 30 inches wide, which is almost as big as the big-block engines. The modular engine’s size makes it less suitable for the earlier models of Mustangs, unless you’re willing to put in the time and cost to make enough space for it. Nonetheless, modular engines can provide a respectable amount of power and also be more fuel-efficient. Some versions can handle power well enough that the parts don’t breakdown as easily.

While this engine is also modular, there are interesting things to consider about it compared to most modular engines. It’s more affordable because it doesn’t have a supercharger. The 5.0L 4V Coyote is also lighter in weight because of the aluminum block, and as mentioned earlier, lighter weight means more control and acceleration. Nonetheless, this is a very modern engine that was first used in the Mustang GT 2011 model. As a result, be prepared for it to be more of a challenge to put in your classic Mustang. It may be useful to look into a coyote swap kit.

All of these engine options provide advantages and disadvantages. The one you choose to swap into your classic Mustang will be based on your budget and what you desire. Once you determine those two things, you can select an engine that will give your car the power, handle, or acceleration you desire it to have.