Trending
You are at:Home»Entertainment»Blu Tuesday: “Birds of Prey” and More

Pick of the Week: “Birds of Prey” 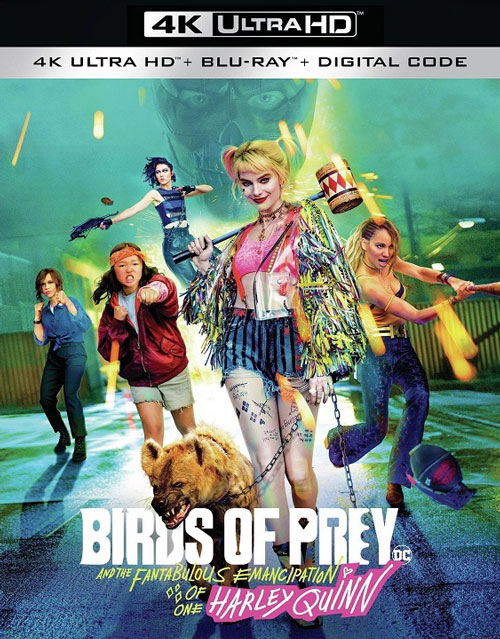 One of the few bright spots of “Suicide Squad” was Margot Robbie’s performance as Harley Quinn, so it’s great to see the manic but bubbly antihero receive her own movie, even if she has to share the screen with yet another group of underdeveloped characters. Though Ewan McGregor is clearly enjoying every minute as the film’s antagonist, and Jurnee Smollet-Bell turns in some good work as Black Canary, the rest of the characters are severely lacking. The movie also jumps around so much (especially in the first half) that it feels a bit messy at times, and there’s not a whole lot of action apart from two fun set pieces. Thankfully, Robbie is such a blast to watch as Harley that it makes up for many of the film’s shortcomings.

Extras include a special viewing option called Birds Eye View Mode that incorporates filmmaker commentary, pop-up trivia and behind-the-scenes footage alongside the movie, as well as a collection of production featurettes and a gag reel. FINAL VERDICT: RENT

“The Call of the Wild” — Based on the classic adventure novel by Jack London, “The Call of the Wild” is one of those movies that didn’t really need to be remade. The book has already spawned three adaptations starring the likes of Clark Gable, Charlton Heston and Rutger Hauer, and although this latest version from director Chris Sanders (making his live-action debut) features some decent visual effects and a solid but unremarkable performance by Harrison Ford, it doesn’t add anything new to the story. It’s a perfectly fine family film that will help pass the hours during these uncertain times, but it’s also completely forgettable. Extras include a behind-the-scenes look at making the movie. FINAL VERDICT: RENT

“Fantasy Island” — Blumhouse Productions has made some good films in the past, but most of the studio’s output is comprised of shitty, low-budget horror movies geared towards the teen set — movies like “Fantasy Island,” which is loosely based on the hit ‘70s TV show of the same name. Though the idea of taking an old property like “Fantasy Island” and turning it into a horror film isn’t an inherently bad idea, it’s executed poorly from the top down. The whole thing is such a lazy, incoherent mess that it’s hard not to laugh, and that’s before it unleashes a ludicrous, third-act twist that will have you reaching for the remote. Extras include an audio commentary by director/co-writer Jeff Wadlow and the cast, as well as some deleted scenes. FINAL VERDICT: SKIP