Trending
You are at:Home»Entertainment»The 10 Best Cop Movies of All Time 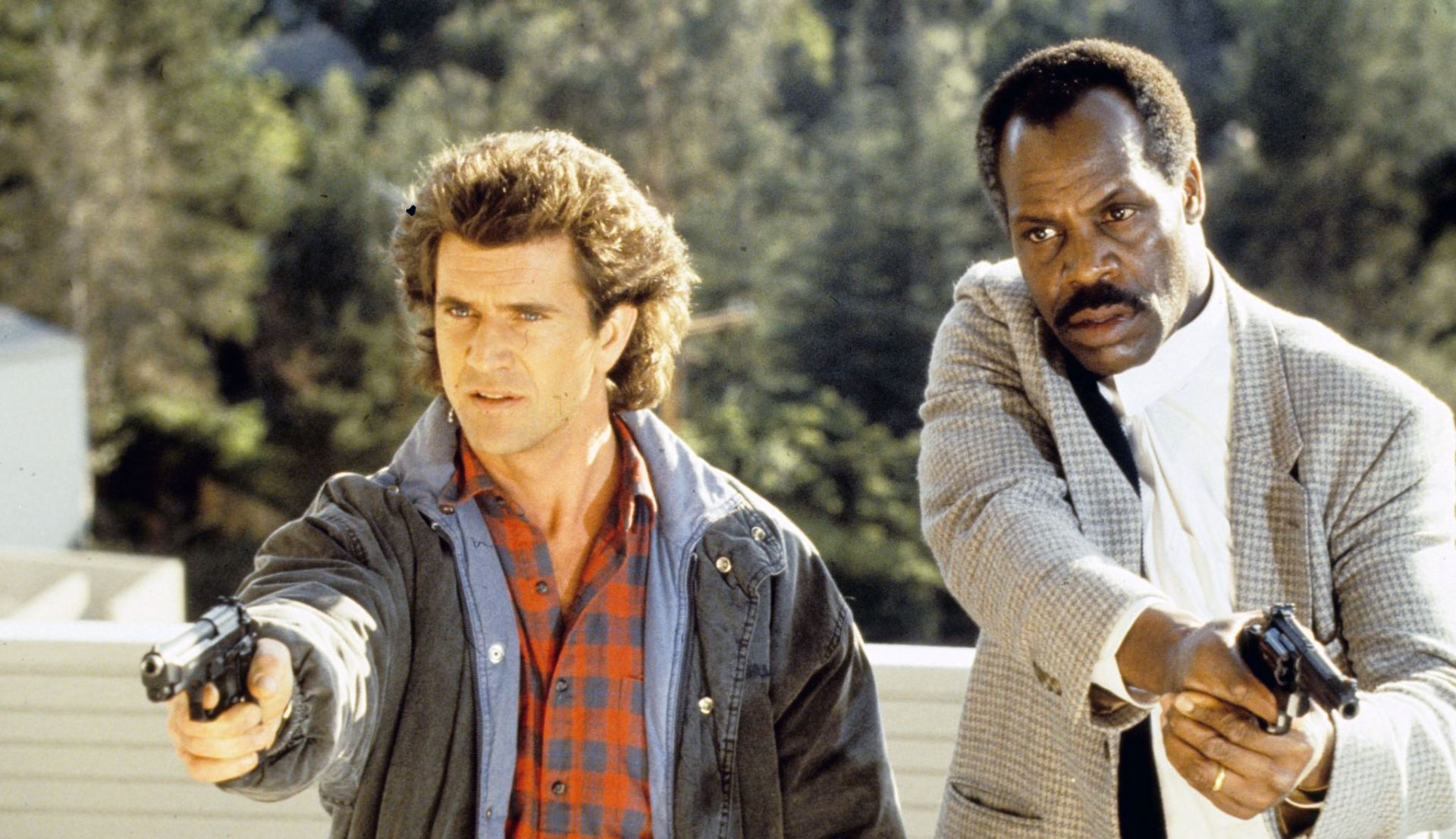 From thrilling true crime stories to gut-busting buddy cop comedies, Hollywood has spoiled our screens with a multitude of great law enforcement films over the years.

While it’s usually the gun fights, car chases and menacing bad guys that keep us coming back for more, some entries in the genre explore the more human side of policing and the challenges faced by officers on the job.

Whether you’re looking for a raw and honest insight into the gritty world of law enforcement or something a little more lighthearted, there’s a cop movie that’s worth a watch. But among the countless films that the genre has produced over the last few decades, there are certain titles that have left a lasting impression on audiences.

Listed below are the ten best cop movies of all time, be it for their top-notch production, masterly crafted storylines or incredible action scenes.

Starting with what is perhaps the most popular buddy cop movie to ever hit the big screen, “Bad Boys” is everything you’d expect from a film in its category and then some.

After having to switch identities, Miami cops and best friends Marcus (Martin Lawrence) and Mike (Will Smith) experience what it’s like to live each other’s polar opposite lives. The married friend gets to relive the single life, while the bachelor discovers the challenges of domesticity.

This precursor to the highly successful 2003 sequel was an important milestone for both Smith and director Michael Bay, having played a major role in building the foundation of their respective careers. While not without a fair share of generic shoot-’em-up scenes, Smith and Lawrence’s comedic talents did a good job of making up for it.

If you were at the cinema in 1995 and wanted to see a cop movie truer to the harsh reality of policing the streets, you’d buy a ticket for “Seven.” This dark, uncompromising thriller follows the story of two mismatched partners who experience an increasingly unnerving relationship during their time in the force.

The premise of an old and weary officer (Morgan Freeman) learning to respect the more idealistic approach of his younger partner (Brad Pitt) is nothing new, but the way it’s told in “Seven” is unlike anything you’ve seen before. It’s the anti-buddy cop movie — when things go all but right.

“The French Connection” is considered by many as nothing short of a masterpiece. You can also credit it for laying the groundwork for all buddy cop films to come. The much-imitated premise was simple: A pair of tough cops steadfast in their own beliefs who have no desire to work together but have to leads to many lessons learned.

With the main characters’ grouchy and scuzzy demeanors, it’s easy to forget that Popeye Doyle (Gene Hackman) and Cloudy Russo (Roy Scheider) are the good guys. Most viewers will remember “The French Connection” for its thrilling car chases, while others will admire the way that its fictional storyline feels so true to life that you’d think it’s a documentary.

“In the Heat of the Night”

Moving even closer to the beginnings of the cop movie genre, “In the Heat of the Night” is a critically acclaimed crime drama for which director Norman Jewison is eternally and deservedly credited. The 1968 Best Picture winner is an adaptation of the John Ball novel about a Philadelphia cop investigating a murder in Mississippi.

Said cop, played by Sidney Poitier, is reluctantly assisted by a local police chief (Rod Steiger), whose relationship revolves around the reconciliation of racial and cultural differences. “In the Heat of the Night” showed the movie industry how presenting your characters as nuanced human beings can send a far more powerful message than a cast of symbols.

“Fargo” remains just as enjoyable today as when it was first released. It doesn’t take a thorough analysis of the script to understand why the movie won an Oscar for Best Original Screenplay — not to mention a myriad of other awards — because this Coen brothers classic offers a generous helping of humor, action and suspense.

The iconic cop movie packs a ton of trivia. For example, did you know that not a single scene was actually filmed in Fargo? Even the bar exterior shown at the start of the film was located in Minneapolis. Despite that, the actors did a standout job of speaking like the locals, thanks in no small part to their study of the book “How to Talk Minnesotan.”

“Police Academy” takes place in 1984, which marked the removal of personal criteria requirements to join the force. No longer were weight, height, orientation and other personal attributes a factor, leading to an insurgence of applications. This includes a select group of misfits that the movie follows as they begin their quest to become police officers.

Colorful and captivating characters abound, including gun maniac Tackleberry, sexpot Callahan and the aptly named Hightower, who stands far above his fellow cadets. “Police Academy” is also a great way to delve into the intriguing history of policing in Canada, which you can learn more about on this Wilfrid Laurier University blog post.

Easily one of the most recognizable entries in the genre, “Lethal Weapon” is a cop movie with a textbook premise and masterful execution. Everyone has their favorite rendition, but the dark and dramatic recipe of the original tends to be the first choice among critics and moviegoers.

The Oscar-nominated thriller details the story of suicidal police officer Martin Riggs (Mel Gibson), who’s assigned to be the new partner of unlucky veteran Roger Murtaugh (Danny Glover). As their investigation into a major drug-smuggling operation develops, their success rate grows — and with it their friendship.

Ending with a bit of trivia, did you know that Lethal Weapon was the first film to have a modern cell phone? The device is the Portable Radio Shack Model 17-1003, which launched around the same time as the movie.

Perhaps more interestingly, Mel Gibson and Bruce Willis were considered for each other’s roles in “Lethal Weapon” and “Die Hard,” though both actors turned down their respective offers. As if that wasn’t enough, the movies in question were produced by the same person (Joel Silver) and feature a score composed by Michael Karmen.

“Beverly Hills Cop” is the perfect example of why great movies are sometimes best left alone. The two sequels that followed maintained a downhill trajectory, failing to touch the commercial and critical success of the 1984 original. However, that doesn’t take anything away from the Eddie Murphy classic.

It was this film that helped the comic legend achieve superstardom, playing the role of a street-smart cop who travels to Los Angeles for a murder case. While the film mostly focuses on utilizing the side-splitting talents of its main character, there’s also plenty of action — a recipe that was liberally adopted by future movies like “Rush Hour.”

Coming back to more recent releases, “End of Watch” is easily one of the most thrilling and suspenseful movies of its time, never mind its genre. This underrated gem follows the superbly acted day-to-day lives of Brian Taylor (Jake Gyllenhaal) and Mike Zavala (Michael Peña), partnering officers whose relationship is key to survival.

“End of Watch” provides a detailed and realistic look into the drug trade, gang membership and the violence that follows. Though arguably deserving of greater success at the box office, director David Ayer and his cast were met with endless critical appraise for the culmination of their work.

An absolute essential, “Hot Fuzz” tells the distinctly British story of two very different police officers tasked with solving a series of mysterious murders. Simon Pegg’s character is relocated from the city to work with a local officer played by Nick Frost, whose unbelievable incompetence creates a hilarious relationship between the partners.

In scenes where there isn’t a healthy dose of clever comedy, the film incorporates plenty of action and suspense to keep you captivated. The combination of a great story, excellent camerawork and masterful acting ensured the movie’s commercial and critical success.

This list should satisfy your craving for exciting cop movies for plenty of weekends to come. That said, it’s by no means complete, so don’t hesitate to do some investigative work of your own.