Trending
You are at:Home»Entertainment»Movies»Movie Review: “Onward” 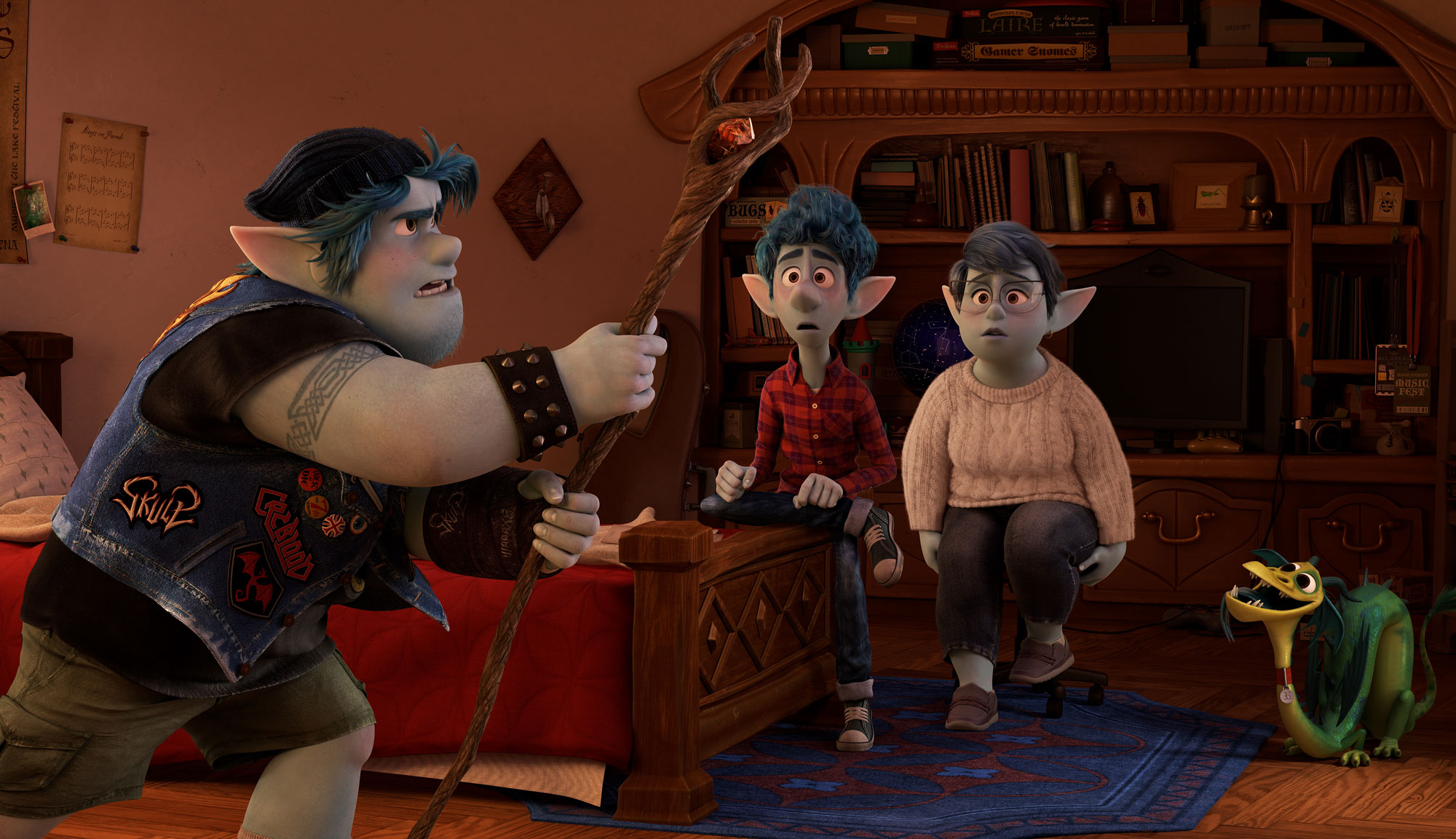 In the 14 years between 1995’s “Toy Story” and 2009’s “Up,” exactly four men had sat in a Pixar director’s chair. Starting with 2010’s “Toy Story 3,” there was a concerted effort to spread the wealth, and founding fathers John Lasseter, Andrew Stanton and Pete Docter, along with unofficial Pixar brother Brad Bird, only directed one film each over the next decade, while seven others helmed the rest.

This is where a rather disturbing pattern emerges. Of those new directors, the only one to make films on par with Pixar’s best work was Lee Unkrich, who directed “Toy Story 3” and “Coco” (and won Oscars for both) after serving as co-director for Lasseter, Stanton and Docter, and clearly learning a few things along the way. Remove the films made by Unkrich and the founding fathers, and you’re left with “Brave,” “Monsters University,” “The Good Dinosaur,” “Cars 3” and “Toy Story 4.” That’s the Pixar movie marathon that runs nonstop on TV in the Medium Place.

“Monsters University” was directed by Dan Scanlon, who for this writer’s money has come the closest to Unkrich in recreating the magic of Pixar’s Big Four. Scanlon also directed “Onward,” though his second outing bears closer resemblance to “Brave” than it does to “Monsters University” in that it feels less like a Pixar film and more like a rival studio trying to make a Pixar film. It hits several powerful emotional beats, but the jokes aren’t as sharp and the story structure is rather perfunctory. Ironically, the film is trying to serve as a cautionary tale about the dangers of complacency while simultaneously not trying as hard as Pixar’s best work.

Ian Lightfoot (Tom Holland) is an elf growing up in a world where magic once solved all problems, but over time, modern technology effectively neutered everyone’s ability to wield it. On his sixteenth birthday, Ian finally gets to open a present left behind by his now-deceased father: a magic staff with instructions on how to bring his father back to life for one day. Ian’s older brother Barley (Christ Pratt) is well versed in the fantasy role-playing games that are meant to stand in place of what was once the real thing, but he cannot get the staff to do anything. Ian, on the other hand, has the gift, but his attempt to restore his father does not go as planned. Ian and Barley have 24 hours to find another magic stone to finish the spell, but in order to complete the mission, the two must come to terms with each other’s shortcomings, or at least their perceptions of them.

The film’s heart is certainly in the right place. The imagined conversation Ian has with a tape recording of his father is heartbreaking, and the movie’s message that it’s better to focus on what you have versus what you’re missing is a good one. There is also a sight gag in a pawn shop that is hands down the funniest bit in the film, and one of the funniest things Pixar has done in a while.

Chris Pratt has taken a bit of a beating courtesy of some off-camera decisions that he’s made — he is now easily the least popular of the four Chrises (Evans, Hemsworth, Pine, Pratt) — but he’s a great choice to play Barley — likable but at times overprotective and more knowledgeable than even his mother (Julia Louis-Dreyfus) thinks he is. Holland is basically riffing on his Peter Parker character here — adorkable but in desperate need of a confidence boost. Everyone else, on the other hand, from Octavia Spencer’s beastly Manticore to Louis-Dreyfus to Mel Rodriguez as Louis-Dreyfus’ cop boyfriend Colt Bronco, is largely wasted here. Supporting roles in Pixar films began as the plum roles, tailor-made for a specific actor’s abilities (the inhabitants of the fish tank in “Finding Nemo” are a prime example of this), but due to the manner in which these roles were written (or underwritten), these parts could have been played by anyone. That is not the Pixar way — not normally, anyway.

The notion that technology has made us lazy is not new territory for Pixar. “WALL·E” covered it in depth, though smartphones were still in their infancy when that film was released. Did they think we needed a reminder? The ‘spell gone wrong’ plot device was also covered in “Brave,” and while that film may have won an Oscar, it’s also one of Pixar’s weakest films. The idea of two brothers going on a fantastical adventure is a good one. Surely there is a direction they could have taken the story so that “Onward” could stand on its own.