Trending
You are at:Home»Lifestyle»The Best Unconventional Gadgets That Are Simply Fun to Possess and Use as Well 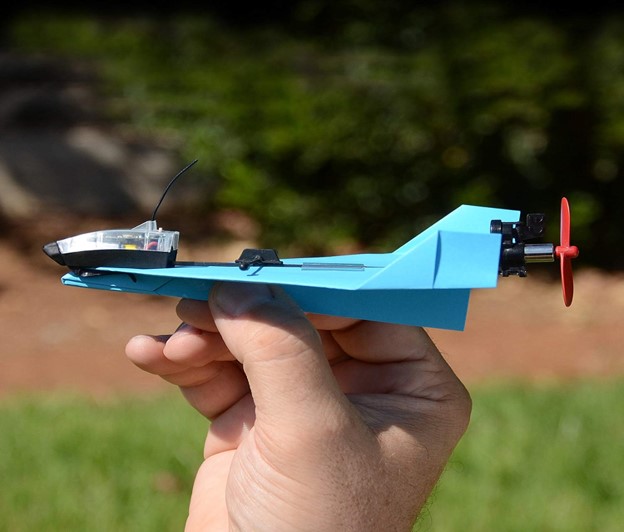 The primary concepts that drive the principle characteristics of tech gadgets have progressed significantly over the years. From smartphone to home tech markets, there is no scarcity of the sheer number of quirky and optimum functional devices out there in the market. But what about something that allows you to simply harness the comical component out of it while still maintaining an acceptable level of somber (ness) about its real-world application? Luckily for you, there are ample numbers of gadgets that follow the analogous concept and allow you to enjoy a fair deal of beer and skittles along with a reliable and sincere functionality as well.

Some of these entertainment gadgets might not be the best in terms of comprehensive practicality, but they are certainly fun to have around to help you kill some of your depressing leisure time. More importantly, these unique gadgets make for an unusual and amusing selection to gift your friends or kids as well.

However, due to their distinctive nature, these gadgets are relatively hard to come by. You can check out one lesser-known web shops such as https://www.dfydaily.com/, which offer a wide library of such unique and unconventional gadgets.

If your childhood memories do not involve fooling around with a make-believe paper airplane for the majority of your allotted school break duration, well, you might as well be from another planet. On planet Earth, however, a simple DIY gadget in the form of a paper airplane maintains a special place in the memory retaining area of our cerebrum. While the art of crafting a paper airplane is long dead, you can certainly explore the sheer nostalgic value out of this smartphone-controlled paper airplane gadget.

As quiet apparent by its name, this gadget is a renovated version of the classic paper airplane (ish). Instead of depending on your tossing technique to ensure good flight, this gadget functions entirely on your smartphone (via a dedicated app). You can control all the various aspects of the airplane flight characteristics such as speed, maneuverability, and flight duration as well. Perfect for chilling out on your front porch and rekindling some quality nostalgic sentiment.

Over the course of time, phone cameras have undergone some massive transformation. From starting out from a mere VGA camera to now boasting, up to, as a preposterous figure of 108 megapixels with several other additions such as depth sensor and ultra-wide lens, the camera setup has certainly come a long way. Due to such massive leaps that the phone camera department continues to take with every succeeding iteration, their genuine performance is no longer considered secondary even when compared with professional DSLR cameras.

However, phone cameras still lack a genuine degree of depth and dynamic photo soot option, and this is one of the key reasons why their massive technology is still considered inadequate. One f the most prominent limitation is the poor zooming quality, and this is where camera lens gadget comes into play. With this lens gadget, you can enhance the performance of your smartphone camera lens by 10x folds and help you snap out a top-notch picture (S) whenever and wherever you like.

With the recent developments in the field of technology, maintain a long-distance affiliation with your near and dear ones has become a seamless and simplified process as well. Just a simple text or a phone call is enough to narrow down the authentic distance between two individuals. However, the technique of sending an SMS or a phone call has outrun its validity, at least in terms of genuine emotional sentiments attached to it. And, this is where the unique innovation of a long-distance lamp comes into the spotlight.

The unique and innovative mechanism behind these lamp gadgets allows you to maintain a mental closeness with your loved ones, irrespective of the distance between the two of you. These sets of lamps work as a regular table lamp, but they are actually in-sync/ paired with one another that allows them to replicate each other’s functionality. Every time you touch your lamp, the color scheme changes and that change is effected on the other side of the lamp as well. The same is applicable when the other person touches their lamp as well.

If you do a lot of repair work around your house, you have a solid idea of the degree of inconvenience simple tasks can present themselves with. One of the most prominent annoyances comes in the form of having to search for miniature tools such as nails or screws. Storing such sharp and hazardous tools in your pocket, or worse, your mouth is not really an ideal solution. The magnogrip magnetic gloves, as the name suggests, integrates the functionality of a normal hand glove with a magnetic back-hand design that conveniently “sticks” screws or nails while working simultaneously, so you don’t have to go searching for one.