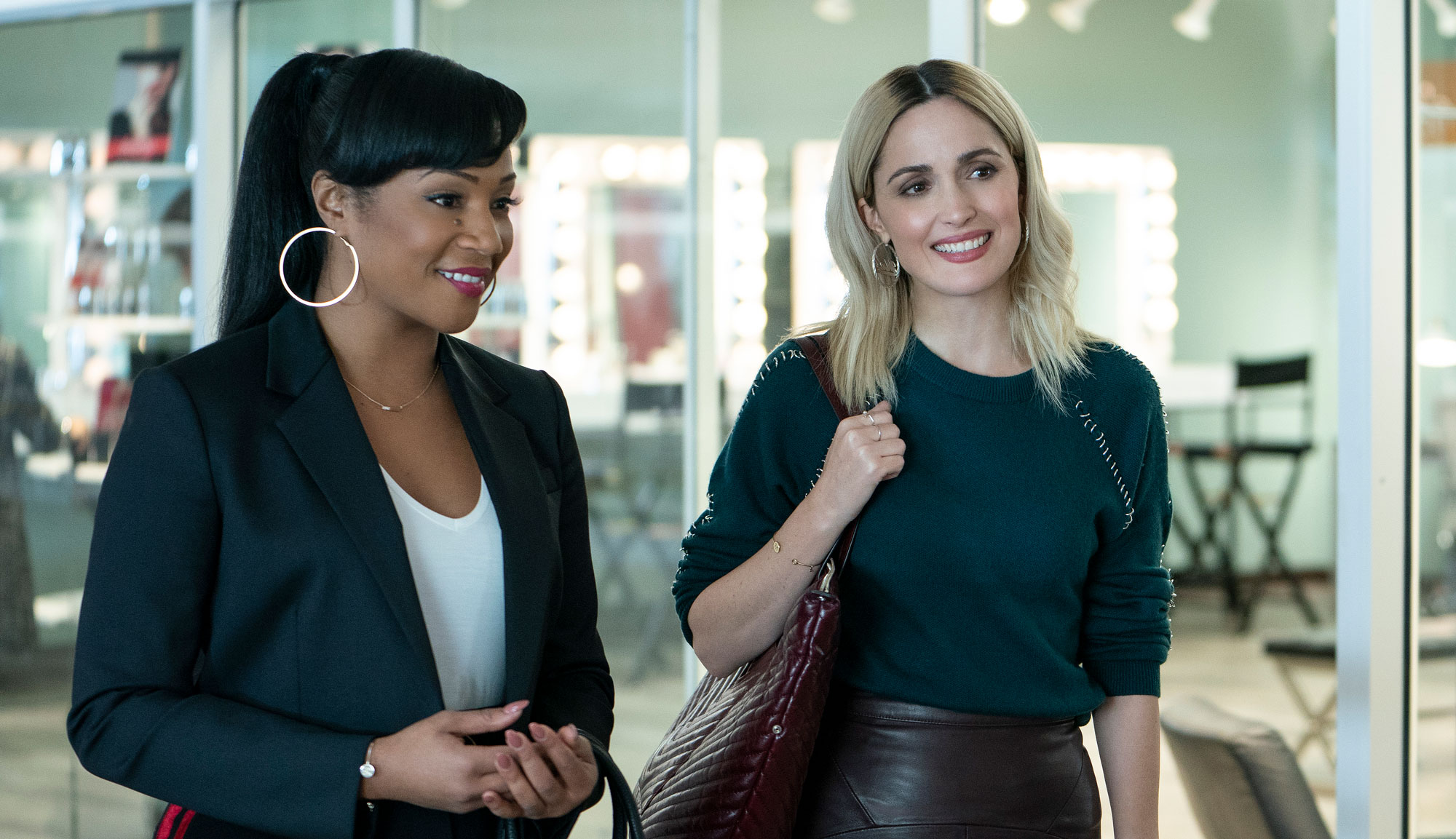 “Like a Boss” is exactly the movie you’d expect it to be, at least on the surface. But while there are no narrative surprises in this story of a lifelong friendship put to the test, it’s in the telling of this overly familiar premise that the film shines. The incredible chemistry, dialogue and performances by the cast help to sell each scene and make them unique even while being confined within the well-worn tropes that audiences have seen many times before.

Mia (Tiffany Haddish) and Mel (Rose Byrne) have been best friends since childhood and are practically family. Not only do they live together, but they’ve also started their own cosmetics line and store. They aren’t as financially successful as they would like to be — especially compared to their friends (Jessica St. Clair, Ari Graynor and Natasha Rothwell), who are all living their best lives with kids and nice houses — but they have fun together at their small business with co-workers Barrett (Billy Porter) and Sydney (Jennifer Coolidge). When cosmetics mogul Claire Luna (Salma Hayek) expresses interest in purchasing a stake in their company, she attempts to drive a wedge between the besties in order to scavenge the startup for parts and control them outright.

“Like a Boss” is an incredibly funny movie stuck inside of an unfortunately tired story. The fact that it’s female-focused sets it apart from many previous comedies with similar plots, and both Haddish and Byrne are exceptional in their roles. The actors have great chemistry and are given plenty of moments to shine in various ways. Some of their jokes and character traits are rehashed from their roles in “Girls Trip” and “Neighbors,” respectively, but the central friendship still feels fresh and authentic. The supporting cast — particularly Hayek, Porter and Rothwell — also turn in great work with some brilliant lines and unexpected injections of absurdity that never becomes cartoonish. Karan Soni’s sycophantic assistant is pretty unremarkable, and Coolidge is essentially channeling her “Legally Blonde” character, but the ensemble gels really well and plays off each other in clever and creative ways.

After speaking with female viewers at the screening, many responded to the lived-in quality of the relationships and the layered characterizations of the women on screen. This is pretty interesting, as the film was directed by Miguel Arteta (“Youth in Revolt,” “Cedar Rapids”) and written by two men (Sam Pitman and Adam Cole-Kelly) from a story by Danielle Sanchez-Witzel. So while it’s refreshing to have such a great female ensemble that achieves this sense of realness, it’s also worth pondering what could have been with more female voices at the helm, especially when it comes to the film’s shortcomings — namely its formulaic narrative. Audiences can pretty much guess what will happen over the course of the movie (in broad strokes anyway), and it plays out exactly as expected, culminating in a big presentation that hammers home the story’s underlying message. It would have been nice if the fresh approach to characterization and dialogue had been applied to the storytelling as well.

Arteta’s film is very charming, funny, sweet and a genuinely good time. It’s not exceptionally deep and doesn’t reinvent the comedy wheel, but it easily coasts by on the performances of its talented cast, who get to be raunchy and relatable in ways that never feel crass or cloying. As opposed to a recent trend in comedies, “Like a Boss” is blissfully short at 83 minutes; it hits all the necessary marks and then gets out without that rambling feeling that comes from so many improv-based films. While it’s unfortunate that the movie is so predictable on a macro level, the individual interactions and small details make its flaws mostly tolerable. Personality goes a long way, and Haddish, Byrne, Hayek, Porter and the rest have that in abundance in this surprisingly entertaining film that provides a good laugh and a bit of comfort.