Trending
You are at:Home»Lifestyle»Travel»Traveling in Canada: Where to Go and What to Do 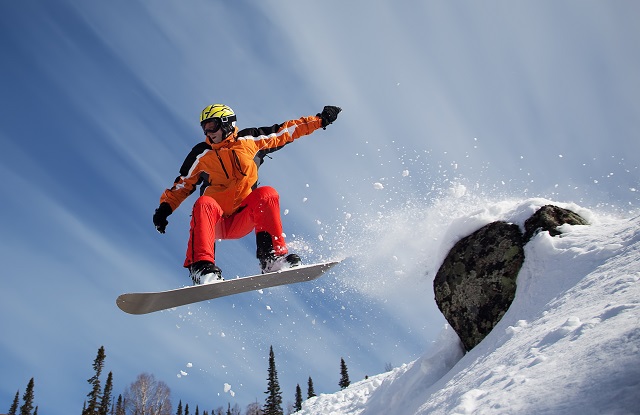 “The Great White North” makes it sound like one homogenous thing. And, indeed, when many people think of Canada, they conjure up outmoded images of igloos, icy forests and smiling Mounties. But Canada is anything but homogenous.

It’s a massive country, one that encompasses a variety of different biomes, cultures and cityscapes. It’s spoiled for outdoor beauty, and hosts a plethora of fun activities. Its cities, ranging from big to small, each have a unique flavor that is, at once, totally distinct and completely Canadian.

If you’re thinking of traveling to Canada on vacation, you can’t simply say, “One ticket to Canada, please!” You have to make the difficult choice of where you want to go and what you want to see. To help you start thinking about your adventure in the Canadian north, here’s a breakdown of the different regions of Canada (minus the sparsely populated Northern Territories), as well as a few suggestions for what to see and do in each.

The west is one of your premier destinations in Canada for outdoor activities. It encompasses a lot of natural variety, from its stunning Pacific coastline, to its interior temperate rainforests and dramatic mountain ranges.

To start your trip to the Canadian west, you’ll probably land in Vancouver, British Columbia, a larger city buttressed by coastline and nestled in the dense forest. It’s an awesome, laid-back city with a strong coffee and craft brew culture, and plenty of nature day-trips surrounding it.

Take the Sea to Sky Highway east from Vancouver and you’ll end up in Whistler, the primary spot for the Vancouver Winter Olympics a decade ago. Whistler has world-class skiing and snowboarding, and the Whistler village itself is a charming patchwork of local businesses.

The prairies are known for their flat expanses, with wheat and canola fields as far as the eye can see. In among the expanse, however, you’ll find a number of attractions. Drumheller, (also called Dinosaur Valley) is the historic site of numerous dinosaur bone excavations, and now boasts kid friendly fossil museums and other dino-related attractions.

Despite being lumped together geographically, Ontario and Quebec are nothing alike. For one, Ontario speaks English (mostly) and Quebec speaks French (mostly). But together they comprise the densest, most populous region in Canada.

Ontario’s big city, Toronto (the country’s largest, in fact) is a diverse metropolis of nearly 6 million people. Torontonians are a fun bunch, and the city lights up once the sun goes down. It’s here where the trendy sport of axe throwing was invented (in this instance, the Canadians really do lean into the lumberjack cliché) and there are a number of axe throwing facilities in town where you can book a party today or just drop in.

For a little slice of Europe in the North American continent, head to nearby Montreal, the largest city in Quebec (and about a six hour train from Toronto). Quebec is known for its rustic French cuisine with a Canadian bent. Poutine, arguably the province’s most famous dish, is doled out everywhere you look in Montreal, but you can’t leave the city without also trying their famous smoked meat sandwich (akin to the New York pastrami).

Finally, cap your trip to this region off with a look at the Canadian side of Niagara Falls. It’s a stunning, sweeping view (better than the American side, in most opinions), and when you’re done taking it all in, there’s plenty to do in town.

This is where the stereotype of the Canadian accent really comes from. A strong, historic Irish presence in the region has left it with a distinct accent and an equally distinct joie de vivre. When you witness the rocky shores of the Atlantic Ocean meet the mossy, rolling hills of the interior, it’s easy to see why Irish settlers liked the Maritimes so much – it reminded them of home.

The biggest city in the region, Halifax, is a great place to start, with lots of characterful pubs, ocean scenery and lobster rolls. From there, check out the island of Newfoundland, or the even smaller Prince Edward Island. Catch a Celtic folk band, hike the many hills and eat as much seafood as you can while in the Maritimes.

That’s Canada in a (very small) nutshell. Each of these regions has its own charm, and, while it may not be easy to see all of it in a single trip (that would be like trying to see Seattle, Dallas and New York in a single trip to the States) once you go the first time, you’ll probably want to go back.