Trending
You are at:Home»Entertainment»Movies»Movie Review: “Cats” 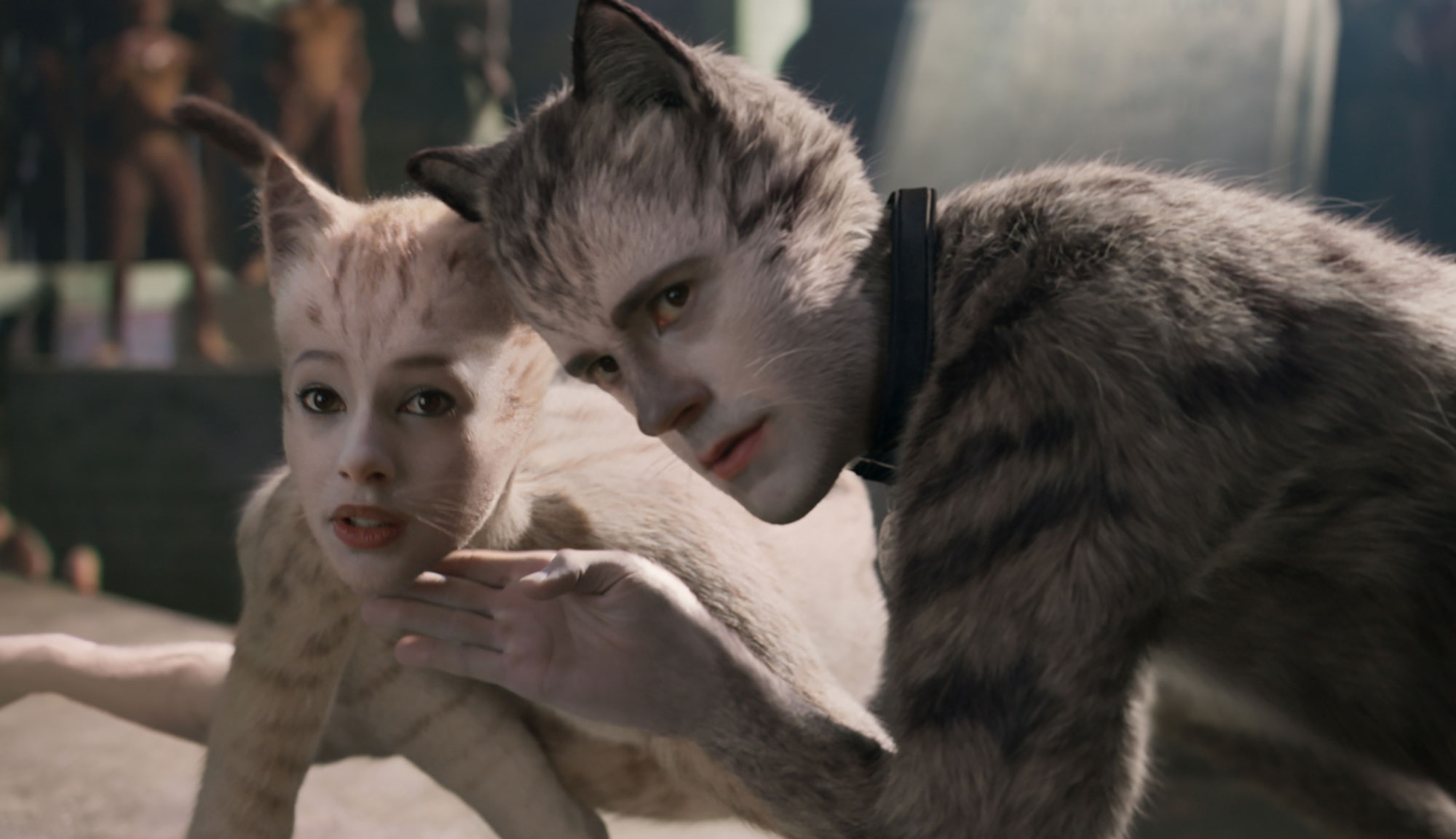 “Cats” isn’t that weird. Worse yet, it isn’t as weird as it should be. There are certainly odd moments and a peculiar novelty in watching Jennifer Hudson as a cat person sing her lungs out or Sir Ian McKellen giving a distracted meow while looking like a reject from Dr. Moreau’s island, but that initial absurdity is never topped or expanded upon, and an hour into watching its tedious “story” play out, viewers will no longer be fazed by these sexualized fursonas. Director/co-writer Tom Hooper (who crafted the screenplay with Lee Hall, based on the infamous stage musical by Andrew Lloyd Webber) does his best with creating an aesthetically interesting environment and getting very engaged performances from his expansive cast. The problem lies with the source material – there is no plot but rather a repetitive cycle of the same situation presented over and over – which will make audiences want to claw out their own eyes just for a change of pace.

When Victoria the cat (Francesca Hayward) is abandoned and hurled into a cluttered alley, she meets the various other cats that live in the city, many of whom belong to a gang called the Jellicles. They’re busy preparing for the Jellicle Ball, in which Deuteronomy (Judie Dench) will select one lucky cat to ascend to a better life. As Victoria meets each new character, they sing a song about themselves, their history and their appearance. The villainous Macavity (Idris Elba) wants that better life for himself, so he occasionally causes problems for the other cats, played by an assortment of performers like Taylor Swift, Rebel Wilson, James Corden, Jason Derulo and Robbie Fairchild.

Victoria meets someone new, they tell their life story with the help of backup singers and perfectly choreographed dancers, and rinse and repeat. Somehow, with the possible exception of two musical numbers, every song overstays its welcome and just keeps making the same point about its subject (Bustopher Jones is fat, Jennyanydots is a pampered housecat, Mungojerrie and Rumpleteazer are mischievous, Skimbleshanks works the railyard, and on and on). This lengthy redundancy in both structure and song ends up turning everything into a struggle to enjoy.

The performers are all good within their restricted spaces. Hudson slays “Memory” and Elba lends a sense of rascal mischief while looking like Ted Ross in “The Wiz.” Some of the choreography is inspired as well, but most of it appears slightly awkward with poorly conceived wirework and inconsistent CGI. Overall, the visuals are fine. Hooper and his team create a cool, 1920s-esque cityscape that would look oddly foreboding if every street sign wasn’t covered in cat puns. The CGI, which apparently is rather cutting-edge in capturing fur movement and appearance along with motion capture, mostly works and isn’t as nightmare-inducing as the trailers suggested. However, the scale of the cats is constantly changing – one moment they’re tiny, and the next moment they’re quite large compared to their surroundings – though at least it feels like a bizarre, expressionistic touch that attempts to do something weird.

For fans of the musical, this is probably the best possible outcome for a cinematic adaptation. It is exactly the musical they love, and it’s captured with total commitment and seriousness while indulging in all of the “jokes” (That cat just broke that vase! That other cat is eating garbage!) in lavish style. Hooper and Hall did right by the fans (and probably Lloyd Webber as well), but by not making any real changes to the structure, it’s merely an aggravating case of a missed opportunity. “Cats” could have been something truly weird (in the best possible way), but instead, it defies all the odds to become a mostly boring slog whose best life was as fodder for internet memes.