Trending
You are at:Home»Lifestyle»5 Things You Should Have When Away From Civilization 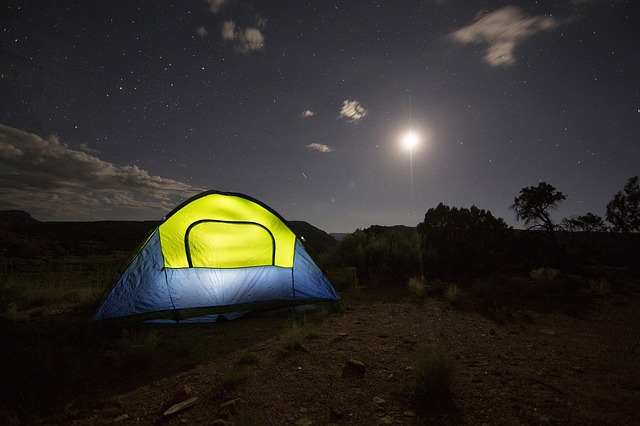 Quite a large number of people have been going into the wild for various reasons. Much of this is for a vacation, where many people can relax and destress away from the clutter of civilization. Others like the survival aspect of the process, which has proven to be a significant draw for many.

This should be the first thing that everybody thinks of when planning for a trip in the wilderness. There’s quite a large number of US medical supplies for sale, many of which come in the form of a first aid kit.

Since there’s quite a large number of them to choose from, you may need to do some research on the topic. However, a standard first aid kit should be enough for the majority of people. If you have any allergies, etc., then it’s recommended that you include these products as well.

While it’s possible that you’ll be able to make do without a sleeping bag, it’s highly recommended that you bring one. This is mainly because there can be relatively few comfortable places to sleep in the wilderness.

Alongside this, it’s suggested that you bring an insulated one with you instead of a standard one. The main reason for this is that temperatures can drop quite significantly at night. This can be seen in a wide range of areas regardless of how hot it may be during the day.

As such, an insulated sleeping bag will not only keep you comfortable but also make sure that you’re not harmed by the drop in temperature.

The majority of us will know to bring some form of water bottle with us. However, a variety of people may simply bring a standard bottle with them. This shouldn’t be done, as it’s recommended that you bring a multi-purpose one with you.

The main reason for this is that you may end up needing to use it in ways that you might not have thought of. This can include using it to boil water and much more.

Depending on how long you plan on being in the wilderness, there’s a large chance that you might need a versatile knife with you. There can be a large number of reasons why you might need one of these, with there being several multi-purpose knives that you can choose from.

Typically, it’s worth taking at least two of them with you. The main reason for this is that it can be easy to lose one of them, so it’s always recommended that you have a backup if this happens.

Many people expect the weather to be a certain way when they’re on the trip. However, this doesn’t always go as well as the majority of people may expect. This should mean that having proper clothing is an essential aspect of packing for any trip.

There are a few rules of thumb when it comes to clothing. One of the more common is to wear layers. While many people may expect heat, this isn’t always the case. As such, it’s often better to have more clothes on hand than are necessary.

Hypothermia is one of the leading causes of death in the wilderness and should be avoided at all costs. This is done quite effectively by having a few extra layers of clothing.

While there is a variety of other things that should be brought on a trip away from civilization, each of the above is vital. As such, they should be at the top of everybody’s list when they’re putting together their kit.

Naturally, there are a few other essentials that will be needed, such as a means of communication, food, water, and more. These can be much more obvious than many of the above and aren’t likely to be forgotten.

However, they can still prove to be essential, regardless of where in the wilderness you’re planning on going.