Trending
You are at:Home»Lifestyle»The Cosmopolitan Is Too Good to Share 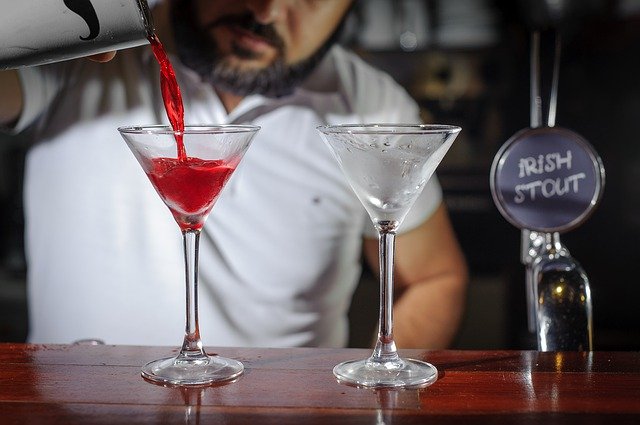 There have been a few times that television has shot a drink into stardom, but those events have been rare. Think of the dashing James and his shaken martini or the musical brothers that sang blues that made the Orange Whip popular. That is why when the four women walking around New York City in the 1990s popular television show went into a bar and asked for an unknown cocktail called the Cosmopolitan, it was surprising that millions of women around the world suddenly found the deliciously sweet drink to be their favorite as they mimicked the show’s stars. Thus was born the popularity that is still prevalent of the citrusy based vodka drink.

When no one knows how a drink came into being, there are many stories created to give credit to one creator or another. That is exactly what happened to the creation story of the Cosmopolitan. A drink called the Daisy was created around 1905 that bears a striking resemblance to the Cosmo, but the drink was considered too strong and didn’t seem to draw the crowds. When Absolut developed the Citron version of its popular vodka, the citrus-based flavored alcohol created a consistent base for the cranberry and lime creation, and the Cosmo drew a larger fan base. When the four ladies on the television show in New York suddenly ordered the drink, the pop culture icons sealed the popularity of the beverage, and it was an instant hit – even with men. We may never know who created the drink, but it doesn’t matter because it is a refreshing hit with almost everyone.

If you have checked out the Cosmopolitan recipe on allrecipe.com, you have probably noticed the fruity flavor profiles that lean to the sweet side of taste. Because of sweetness and citrus flavor mixture, it can be difficult for people to decide what foods to serve at a cocktail party or dinner that pairs well with a Cosmo, but it is easier than most would believe. Try foods that alter or soften the sweetness of the drink, such as spicy dishes, fried foods, or bits of a dessert with chocolate. You can also try the tomato base of a shrimp cocktail, or the smoothness of cheese filled celery or cheese and crackers. One of the most popular pairings is still the smoky flavor of the cheese burger.

While the Cosmopolitan drink recipe is relatively new, many different variations have popped up to take the beverage in very different directions. While the original is fruity, bubbly, and citrusy, the new drinks can be sweeter or more tart flavored. The Cosmocello uses limoncello instead of freshly squeezed lime juice for an extra sharp citrus kick. The White Cosmo substitutes white cranberry juice for the red version to make the drink a brilliant white creation that is still tart. The French Cosmopolitan exchanges varieties of orange liqueur and adds a touch of grenadine for a more citrus flavored surprise. There are also fruit focused versions that delight the taste buds with their sweet appeal.

If you haven’t tried a Cosmopolitan, do yourself a favor and order the drink the next time you have a hamburger at your favorite bar. The combo may become your new favorite.