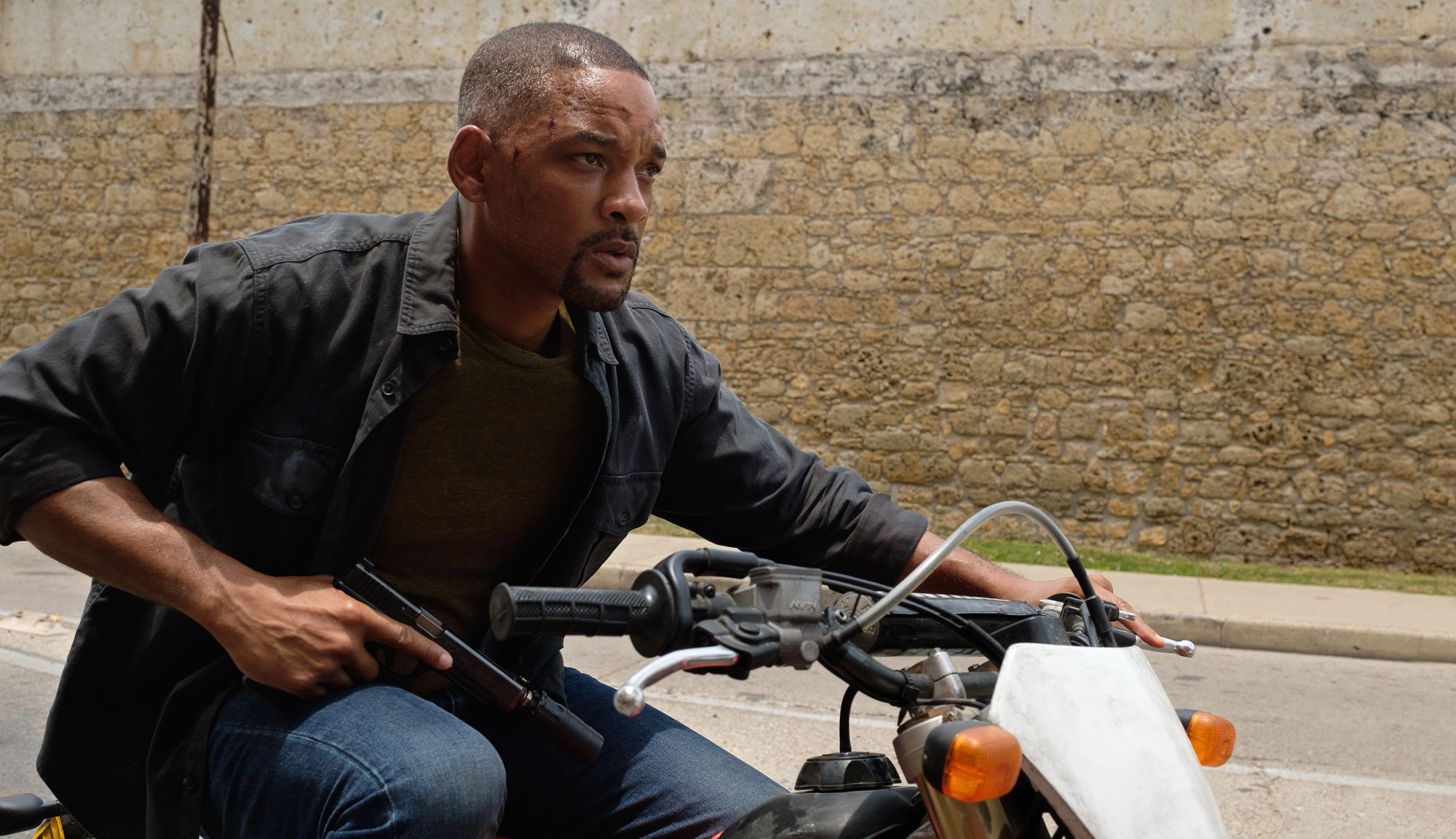 Ang Lee makes films around familiar archetypes and universal themes – love, aging, isolation, war, family – and the pairs them with impressive, poetic visuals to make them seem almost mythic in nature. While 2003’s “Hulk” is not very good, it uses comic book paneling and split screens in ways that Brian De Palma and “Spider-Man: Into The Spider-Verse” could only dream of, all while centering its story of the green behemoth on the toxic legacy of a horrible father. Sometimes Lee’s approach works wonders, laying out these modern myths that will resonate for generations. But other movies feel as if they can’t support the visual opulence hanging over the simplicity of story. “Gemini Man” falls somewhere in between with a clever sci-fi hook that taps into larger themes of aging and identity while providing some gorgeous vistas and set pieces. Unfortunately, the visual effects aren’t always up to the level of Lee’s vision, some action sequences seem dated and the script is flawed in multiple ways. Though it’s previously been an easy decision to say whether or not Lee’s films have worked, “Gemini Man” is a little more uncertain.

Henry Brogan (Will Smith) is the best sniper/assassin working for the Defense Intelligence Agency, but he’s 51 and recognizes that this is no longer his world. He’s starting to slip, and the targets are starting to haunt him a bit more, so he tells his handler (Ralph Brown) that he’s retiring. No sooner does he walk away from his covert life than he begins to be pursued by government agents sent by his former boss (Linda Emond) and his former commanding officer/for-profit wet works executive, Clay Verris (Clive Owen). Brogan must stay a step ahead of these operatives while also protecting the stranger (Mary Elizabeth Winstead) he inadvertently put in harm’s way. But there’s a new agent pursuing them who seems to be almost as good as Brogan and can match him at every turn.

The mystery agent turns out to be Brogan’s clone, played by an all-CGI, younger version of Smith (with other stand-ins providing practical assistance in various scenes). The entire movie has been sold on this gimmick of old Will Smith versus young Will Smith, which means that the vast majority of the audience is ahead of the characters for the first half of the film. It’s a baffling choice by the studio. Obviously, there’s always going to be a disconnect between the filmmakers and the marketing department, but this was clearly the pitch from the start, so Lee and writers David Benioff, Billy Ray and Darren Lemke knew it would be what hooked viewers and pushed the story along. As a result, the audience is just waiting for the protagonists to catch up so the movie can actually get going and (hopefully) start surprising them.

Unfortunately, it never quite works as well as it should. Smith is game as Brogan and the cloned “Junior,” and Winstead is solid as ever in a mostly thankless role that gives her a few badass scenes to show off. There are also cool tactical elements on display, and the location shooting in Hungary and Columbia provides some pretty stellar shots and backgrounds. But a lot of the action is where the movie tends to fall flat. The old-man-versus-young-clone gimmick was already done in “Logan;” there’s a motorcycle chase dependent wholly on CGI that can’t justify its existence after “Mission: Impossible – Fallout;” and when the two Smiths start fighting, there’s a rubbery quality to the biology and physics that looks like second-rate cutscenes from a video game. Additionally, the dialogue harps on phrases over and over again that maybe in different hands would be more subtle and add to the overall theme.

It should be noted that Ang Lee shot this film in 3D, 4K and at 120fps, utilizing crystal clear audio and visual elements that have literally never been done together before. In fact, it’s probable that this revolutionary approach, which Lee wanted to employ to attract audiences to theaters, is one of the things that most attracted him to the project, especially considering his love for furthering visual technology in movies like “Crouching Tiger, Hidden Dragon” and “Life of Pi.” But the fact remains that there are only 14 theaters in the entire United States that will be able to show the film as it was intended. This reviewer’s theater was not one of them, so it’s possible that the depth and crispness of the imagery would have overcome some of these flaws or may have been the reason why Smith’s young clone sometimes looked real and sometimes looked like a guy in a “Fresh Prince” Halloween mask. It’s an element of the film that I can’t comment on, but considering that a vast majority of audiences will experience it this way, it still seems like a fair assessment.

“Gemini Man” is ambitious but flawed. However, it’s not the type of misfire that comes from overreaching or dreaming too big – it’s the simple elements that really trip it up, from the poor dialogue and lazy characterizations to the underwhelming CGI action. When it’s just Smith and Winstead facing off against a cadre of villains or exploring the catacombs of Budapest, it feels alive and entertaining. In the end, it’s fitting that a movie called “Gemini Man” would have these equal sets of pros and cons, meant to always be split in two and never quite reconciling correctly.