Trending
You are at:Home»Lifestyle»Sport in Upcoming Months: Which Events You Should Not Miss? 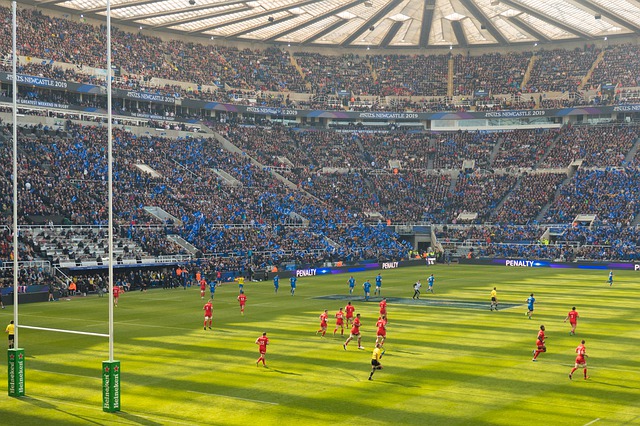 Sports calendar is pretty packed in the upcoming months and different kinds of events will attract a lot of crowd whether live or in front of the tv. Sports lovers will be able to enjoy football matches, rugby, tennis, boxing and many more exciting events. We are going to highlight just some of them which are the most notable ones. If you also like to play at online casinos in addition to sport check out the latest offers at casinobiggestbonus.com.

This edition of Rugby World Cup will take place in Japan and it started on the 20th September. It is considered as the most open tournament in the history of the competition with more contenders for the title than ever before. The main question is whether New Zealand can win a treble after becoming the first team to defend the title back in 2015. Although they are ranked as the top favourites by the majority of bookies, their recent form seems to be a bit unstable as they suffered a defeat against Australia. Good thing about the draw is that they are in the same pool with South Africa. Ireland are also among the top favourites, but they haven’t played well during the warm-up period. However, they are ranked as the number one team in the world and we shouldn’t underestimate them. We should also keep an eye on Wales who won the Six Nations back in March and South Africa who were the best team in the Rugby Championship. England have improved lately and could keep up with good performances, while Australia have a lot of off-field issues. We can expect a very exciting tournament and the finals will take place on the 2nd November.

This is going to be the 17th edition of the IAAF World Athletics Championships and it is scheduled to be held between 27th September and 6th October. Renovated multi-purpose stadium in Doha, Qatar will host the competition. Spectators will be able to enjoy 25 different disciplines and competitors from 208 out of 214 member federations of the IAAF.

The tournament will take place in London’s O2 Arena from 10th to 17th November. This is going to be 50th edition of this competition. The best eight players in the ATP season are split into two groups and they compete in a round robin format. Two top placed players in each group enter semi-finals, and after knockout matches, we get the finalists. The same format is applied on the doubles competition. All single matches are best of three sets, with tie-breaks in each set. As of now, four players have qualified for the singles tournament: Novak Djokovic, Rafael Nadal, Roger Federer and Daniil Medvedev. Novak Djokovic is currently the top ranked player in the world, however he has shoulder injury problems and we will see if he is going to be 100% fit for the tournament. The last year’s winner, Alexander Zverev, still hasn’t secured his place on the competition, however he is still one of possible participants.

A top boxing event will take place in December, or to be more precise 7th December in Saudi Arabia. This is going to be a rematch between unified WBA/WBO/IBF heavyweight world champion Andy Ruiz Jr. and former champion Anthony Joshua. IN the first bout held in June, their roles were reversed as Ruiz was the challenger. Although Joshua was considered as a favourite, Ruiz won the match in the 7th round out of the scheduled 12. Although there is some controversy since the bout is going to be held in Saudi Arabia, this is going to be a true treat for all boxing fans. The expectations vary and clear favourite in this rematch cannot be determined. We will see if Ruiz can beat his opponent for the second time in a row or can Joshua claim the titles back.

A traditional Christmas and New Year’s rush in English Premier League is going to bring a lot of excitement. Football fans will enjoy three rounds packed in just six days and these matches can often have a big impact on the title race although there is a lot of rounds yet to be played. Although the biggest derbies are not scheduled on Boxing Day, we can highlight a couple of interesting clashes. Arsenal will have a tricky trip to Bournemouth, while Chelsea are going to host Southampton. The top title contenders, Liverpool and Manchester City are going to play their matches away from home against Leicester City and Wolves respectively.

The following round, which is scheduled for 28th December brings us London Derby between Arsenal and Chelsea which is going to be played at Emirates Stadium. These two sides should challenge one of the Champions League spots for the next season and this match can have a big impact on each team’s plans. Manchester United are going to a trip to Burnley, Liverpool will host Wolves, while Tottenham Hotspur are having a trip to Norwich City who already manged to beat the current champions at Carrow Road.

Arsenal are going to host another great derby match on the 1st January as Manchester United are coming to London. Manchester City are playing at home against Everton, while Liverpool are going to host The Blades. From the historical standpoint, Boxing Day and New Year’s matches have always bringing a lot of excitements and these rounds are well-known as one of the most efficient ones in terms of goals scored.