Trending
You are at:Home»Entertainment»Movies»Movie Review: “Hustlers” 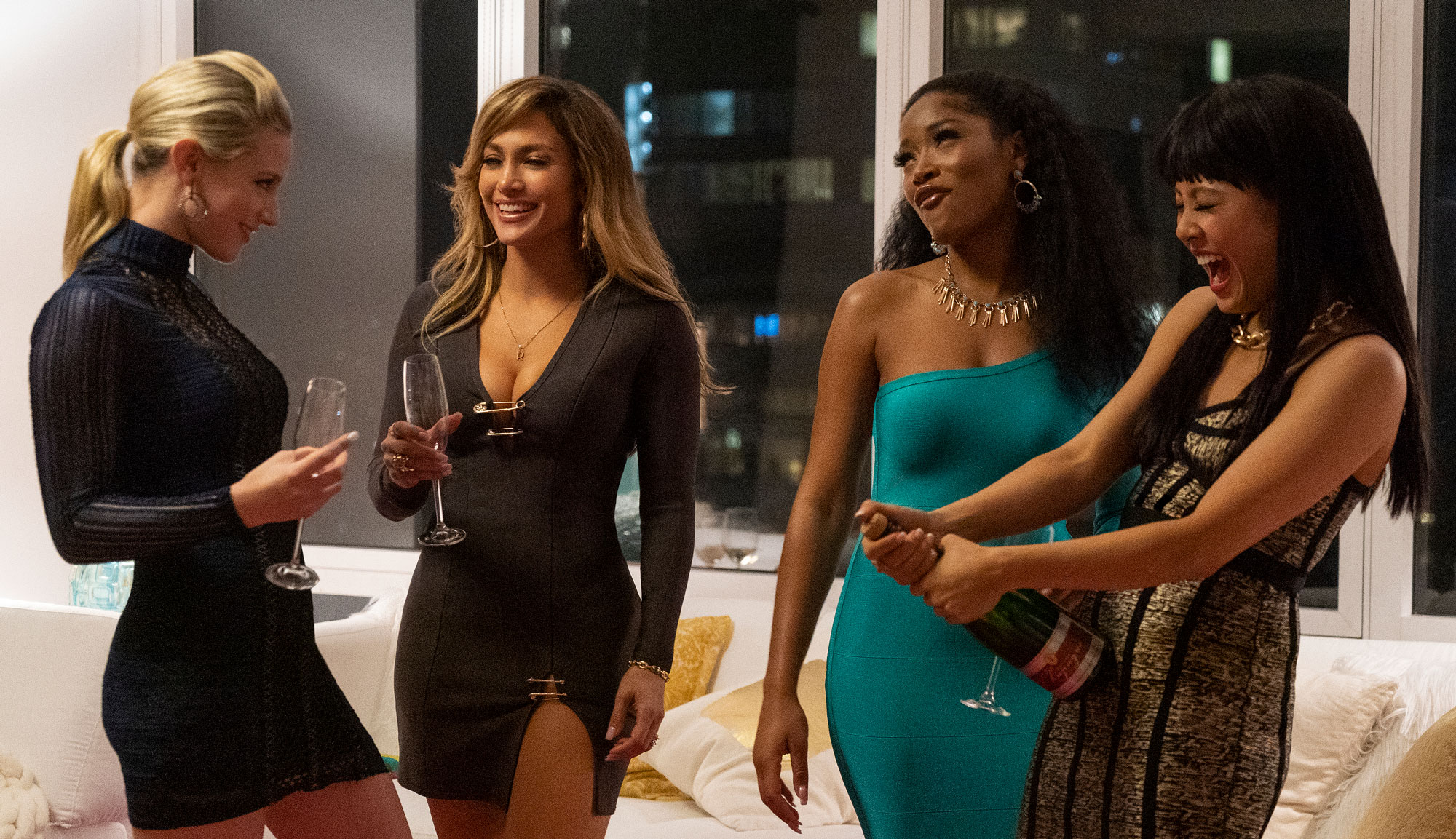 When making a film based on a true story, it’s hard to know when to adhere to reality and when to take liberties for storytelling or entertainment purposes. 2013’s “Pain & Gain” found Michael Bay repeatedly underscoring that all the insanity depicted onscreen actually happened… even though it was largely a conflation of multiple people into three main characters and whole events were taken out of sequence. Similarly, Adam McKay’s “The Big Short” constantly undercuts its verisimilitude by having actors break the fourth wall to explain that certain scenes didn’t unfold the way they were shown. Any movie with its basis in truth has to streamline plot and characters because it’s rare for life to be as cohesive and thematically resonant as audiences need when sitting in the theater.

Based on an article by Jessica Pressler, “Hustlers” was written and directed by Lorene Scafaria (“Seeking a Friend for the End of the World“) and concerns New York City strippers scheming to bilk rich men out of money. Ostensibly a white-collar version of “Goodfellas” with some poorly integrated social commentary on Wall Street, “Hustlers” boasts high-energy sequences, strong performances, excellent chemistry, a bumping soundtrack and impressive visuals and editing. Unfortunately, many of these strengths are bogged down by an adherence to a sense of reality that muddles a cohesive theme and makes the film lag as it flounders for a sense of meaning.

Destiny (Constance Wu) has just moved from stripping in the outer boroughs to a (supposedly) more lucrative Manhattan club. Unfortunately, with all the hidden expenses and kickbacks to the club owners and operators, she’s barely scraping by as she tries to support her grandmother and remain independent. Enter Ramona (Jennifer Lopez), the star of the club who takes Destiny under her wing and schools her in the ways of reading people and getting the most money from customers, all while providing a sense of family that Destiny never had. As the cash is flowing in from the financial sector, the housing bubble bursts and the Great Recession sucks all the wealth and momentum from Destiny’s blossoming career. She soon reunites with Ramona and, along with fellow dancers Mercedes (Keke Palmer) and Annabelle (Lili Reinhart), sets out to ensnare, drug and take as much money from some overly rich marks as possible. While a family grows from the criminal enterprise, it’s not long before greed leads to carelessness and things begin to fall apart.

Like “The Wolf of Wall Street,” Scafaria’s movie focuses on the intersection between corruption, greed and ambition in order to examine how all of these elements are essentially baked into the American dream. As Ronald Wright once famously quipped, “[in America], the poor see themselves not as an exploited proletariat but as temporarily embarrassed millionaires.” The possibility that people can go from rags to riches in the United States has been a hallmark for over a century, and while it’s inspiring to know that one’s fate can be dictated by their own actions, it can also lead to a metastasizing sense of entitlement where people only focus on what’s profitable for them.

Unlike Scorsese’s film, “Hustlers” is a bit more ambiguous about the morality of the actions undertaken by Ramona and company. On the one hand, they certainly committed crimes and manipulated people for their own gain; on the other, most of their targets were the arrogant fat cats that felt above repercussions due to the size of their bank accounts. It’s definitely a gray area – equal parts glitter-stained Robin Hoods and predatory con artists armed with roofies – and Scafaria is wise to play both sides equally. Lopez, Wu, Palmer, Reinhart and Madeline Brewer (as a troubled newcomer to the group) all deliver compelling performances revealing multiple layers – vindictive, naive, sweet, funny, and above all else, relatable. There is great chemistry among these women as their criminal family coalesces, and they play off each other for dramatic and comedic purposes well.

Unfortunately, the first act of the movie – which introduces all the characters and explains the background to how strip clubs work and why Wall Street types are evil – isn’t that interesting. There’s too much setup for elements that the audience already knows about and too many characters that amount to nothing in the course of the tale. Granted, in the real world, various folks wander in and out of people’s lives, but just because it’s real doesn’t mean it’s good. Palmer and Reinhart’s characters could have been introduced much earlier (even though they weren’t technically at the club yet) to make it feel less scattered. The same goes for the movie’s themes, which don’t really have a cohesive throughline.

Scafaria shoots the film like a mix between an early 2000s rap video and a mid-‘90s female empowerment movie (“Waiting to Exhale,” for example). At the peak of its characters’ con game, the film has lots of high energy and exciting editing and camerawork akin to the halcyon-days montages from “Goodfellas” or “Boogie Nights.” Additionally, the actors deliver terrific performances that balance comedy with vulnerability that resonates. These elements are the driving force behind “Hustlers,” and though it feels too long and too dependent on the facts of the case, when the movie hits its stride, it is absolutely captivating to watch.