Trending
You are at:Home»Entertainment»Blu Tuesday: John Wick: Chapter 3 and More 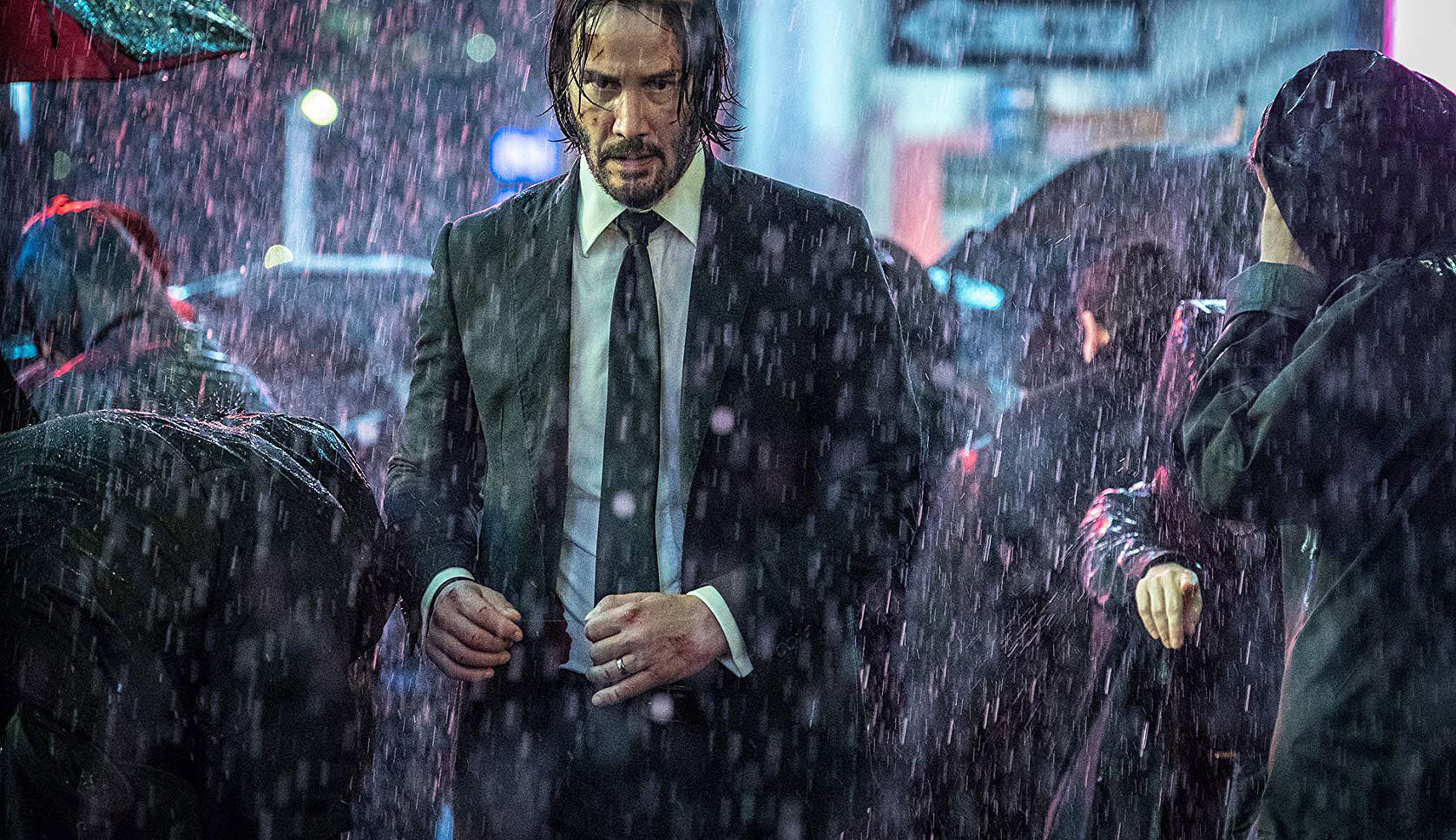 It’s not very often that a movie franchise actually gets better with each new installment, but obnoxious title aside, “John Wick: Chapter 3 – Parabellum” is without a doubt the best one yet. A rock-em, sock-em shoot-‘em-up that feels like it’s been injected with rocket fuel, the latest John Wick adventure is an endlessly entertaining film that delivers nonstop action (among the best the series has ever done) and expands upon its mythology in some interesting ways. The action is never boring because director Chad Stahelski ensures that each set piece is completely unique and different from the previous one, including a killer sequence featuring Halle Berry and her lethal canine bodyguards. While the new cast members are all good additions to the franchise, Keanu Reeves is once again the star of the show. This is arguably the best role of his career, perfectly playing to his strengths in ways that even the “Matrix” films couldn’t, and it will be a sad day indeed when he’s forced to retire the character.

Extras include a series of behind-the-scenes featurettes on making the film, from the stunts and fight choreography to location shooting in Morocco. FINAL VERDICT: BUY

“Aladdin (2019)” — Disney’s live-action adaptation of “Aladdin” is every bit as unnecessary as the studio’s other remakes, but it’s definitely one of the better ones. Though that may be damning with faint praise, “Aladdin” remains true to the 1992 animated version without feeling like a complete retread. Mena Massoud and Naomi Scott turn in solid performances as the two leads, while Will Smith shines as the Genie; he’s not as memorable as Robin Williams, but he makes the role his own. If there’s a weak link in the cast, it’s Marwan Kenzari, who’s far too serious and not very fearsome as Jafar. The new song by Benj Pasek and Justin Paul (“La La Land”) also poses a problem – it’s quite good on its own and gives the Jasmine character more to do, but it doesn’t really fit the rest of the movie. Still, despite its flaws, “Aladdin” is a mostly enjoyable remake that retains much of what made the original film a classic. Extras include a pair of featurettes on director Guy Ritchie and star Will Smith, a behind-the-scenes video journal with actor Mena Massoud, deleted scenes, outtakes and more. FINAL VERDICT: RENT

“The Dead Don’t Die” — On paper, Jim Jarmusch’s zombie comedy “The Dead Don’t Die” sounds like a lot of fun… until you remember that it’s a Jim Jarmusch film, which tend to be minimalistic, offbeat and incredibly niche. Though the casting of Bill Murray and Adam Driver as small-town cops forced to deal with a zombie outbreak is an inspired pairing, they’re the lone standouts in an otherwise sluggish and uneventful movie. Driver is particularly enjoyable here, earning many of the film’s laughs with his dry wit and delivery. Additionally, the decision to forgo the typical gore effects in favor of a more stylized approach makes for some cool visuals. It’s just a shame that the rest of the movie isn’t better. Extras include a behind-the-scenes look at making the film, an interview with Bill Murray and a featurette on director Jim Jarmusch. FINAL VERDICT: SKIP

“Aladdin (1992)” — The era commonly referred to as the Disney Renaissance yielded some of the best animated films in the studio’s history, including “The Little Mermaid, “Beauty and the Beast,” “The Lion King,” and perhaps my favorite of the bunch, the 1992 Oscar winner “Aladdin.” There’s so much to love about this movie that it’s difficult to know where to begin, but two men in particular deserve a lot of credit for its success: actor Robin Williams, whose manic turn as the Genie is one of the all-time great voice performances, and composer Alan Menken, whose musical score helped cement the film’s legacy as a Disney classic with songs like “A Whole New World” and “Friend Like Me.” Though it hasn’t enjoyed the same shelf life as the princess-centric movies from that period, “Aladdin” remains every bit as entertaining as the first time you saw it as a child. Extras include an audio commentary by directors John Musker and Ron Clements, a behind-the-scenes look at the recording sessions, an interview with Aladdin voice actor Scott Weinger and much more. FINAL VERDICT: BUY

“Daybreakers” — Of all the movies to be re-released on 4K, the Spierig brothers’ 2009 film “Daybreakers” is certainly an odd choice, especially when there are far more deserving titles in Lionsgate’s catalog that have yet to receive the upgrade treatment. This little-seen vampire flick may boast some good actors in Ethan Hawke and Willem Dafoe, but it’s an incredibly dull piece of science fiction that never makes the most of its high-concept premise. Though there are some good bits here and there, “Daybreakers” is so boring that it’ll feel like you’ve had the life drained from you. Extras include an audio commentary by directors Peter and Michael Spierig and creature designer Steven Boyle, as well as a making-of featurette and the short film “The Big Picture.” FINAL VERDICT: SKIP