Trending
You are at:Home»Entertainment»Movies»Movie Review: “The Kitchen” 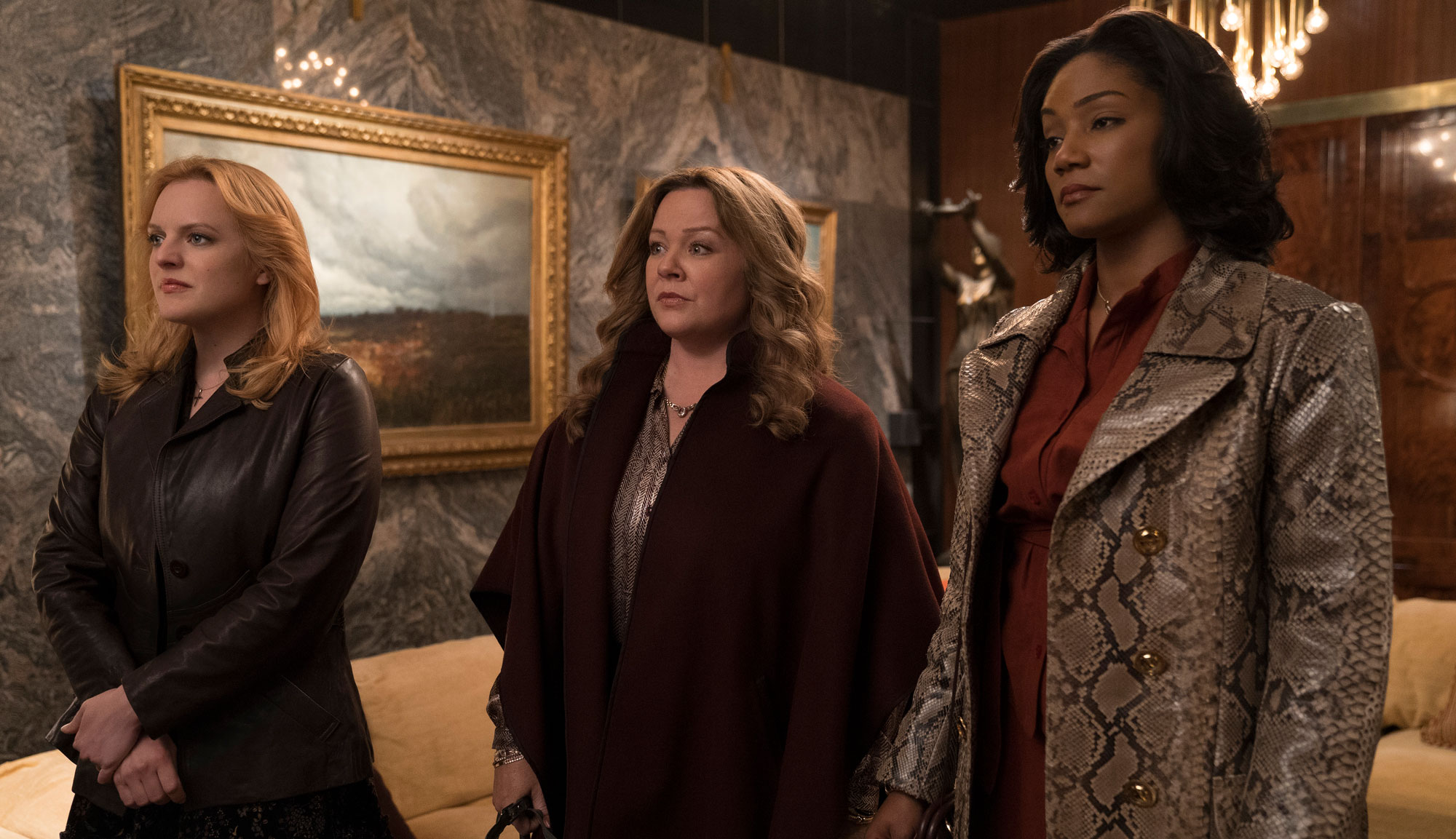 Stop me if you’ve heard this one before: A group of criminals get pinched when a planned heist goes south. The wives they left behind, suddenly finding themselves deprived of their household’s sole breadwinner, decide to take matters into their own hands and pick up right where their husbands left off. No, this is not a description of “Widows,” Steve McQueen’s gleefully slick crime caper from 2018, but it does cover the high-level plot of “Straight Outta Compton” writer Andrea Berloff’s directorial debut.

Like “Widows” (which it will have no choice but be compared to), “The Kitchen” is based off an existing property. This time, instead of a BBC miniseries from the 1980s, it’s an adaptation of the 2015 Vertigo comic book from Ollie Masters and Ming Doyle. So technically, it’s a comic book movie. Despite Vertigo’s (former) existence as an offshoot of DC Comics, don’t expect to see Batman or The Joker showing up and raining on these ladies’ parade. This is a pure, schlocky 1970s exploitation look at the “Widows” formula of innocent wives gone bad when their husbands’ life of crime (and the affluence that came along with it) are taken off the table.

The focus here is on the Irish mafia in late 1970s New York, specifically in the Hell’s Kitchen area of the city. When three mobsters, Kevin (James Badge Dale), Rob (Jeremy Bobb) and Jimmy (Brian d’Arcy James), are arrested by the FBI after a robbery gone bad, it leaves a power vacuum in the gang and three wives suddenly without their respective heads of household. Kathy (Melissa McCarthy) is a gentle mother of two who saw Jimmy as the rock of the family. Claire (Elisabeth Moss) is a wounded shrinking violet glad to be rid of Rob’s constant abuse. And Ruby (Tiffany Haddish) sees Kevin’s absence as an opportunity to give the girls a bit of time in the sun instead of staying at home all day. Soon, the three ladies team up and start providing their own protection rackets under the nose of the mob and Ruby’s mother-in-law (Margot Martindale) with the help of a violent psychopath (Domhnall Gleeson) who’s taken an interest in Claire and an Italian mobster (Bill Camp) based out of Brooklyn.

On paper, it seems like Berloff has everything she needs to succeed with her first directorial feature. The cast is excellent – a strong mix of established stars and quirky character actors – and the 1970s New York setting gives them plenty to play with in the film’s production design. Additionally, cinematographer Maryse Alberti brings a pedigree honed in the documentary world that you’d expect would lend some legitimacy to a story like this. Trailers seemed to point to a tone heavily inspired by the classic New York mobster movies with a bit of humor for spice, and while some comedy is inevitable when you cast McCarthy and Haddish as your two biggest leads, in practice, “The Kitchen” hews much closer to the gangster trappings than the humor. It happily embraces a blood-soaked, grim and gritty aesthetic that’s become the norm in a post-“The Godfather” world. That’s all well and good (if a little played out), but it doesn’t provide much opportunity for originality. If you make a good film, it’s still likely to pale in comparison to the pinnacle of the genre, and if you make a bad one, it’s just another pretender on the pile.

The “Widows” comparison, then, does this movie no good at all. It provides the template (even some of the character arcs feel oddly similar), but Berloff just doesn’t have the chops to stand up to someone like McQueen, who had the confidence to embrace the trash at the center of the story while sticking to his artistic guns. There’s no reason to be invested in “The Kitchen.” The first-act setup is interminable, leading you to wonder just what happened that could make dependable actresses like Moss, McCarthy and Haddish so utterly uninteresting. It operates without a pulse for the entire first act and is only jolted to life upon the arrival of Gleeson and Camp. The script and acting choices make much of the film’s first half feel like a middle school play, full of childish and awkward phrasing that reads like it was written by someone who saw “Goodfellas” about a dozen more times than they should have. Martindale is particularly horrendous; whatever she’s going for misses the mark so badly it’s mind-boggling.

“The Kitchen” does pick up a little steam in the second half. Gleeson’s low-key sociopath is a breath of fresh air, and he immediately gives Moss something to cling to after really struggling with both her character and her accent in the opening scenes. But that bit of life fades fast, as the story really has nowhere of interest to go. It settles into a pretty rote series of plot machinations, as the return of their husbands from jail stirs the pot and the three ladies begin a series of crosses and double-crosses that threaten to implode their alliance. Yes, absolute power corrupts absolutely. We get it. “The Kitchen” purports to show us something new by putting women at the front of a mob story, but it ends up telling the same old mob story in a way that doesn’t really do the inversion justice. They’re just more mobsters at the end of the day. The result is a movie that feels completely unnecessary and superfluous – a waste of 100 minutes that never gives the audience an adequate reason to pay attention.